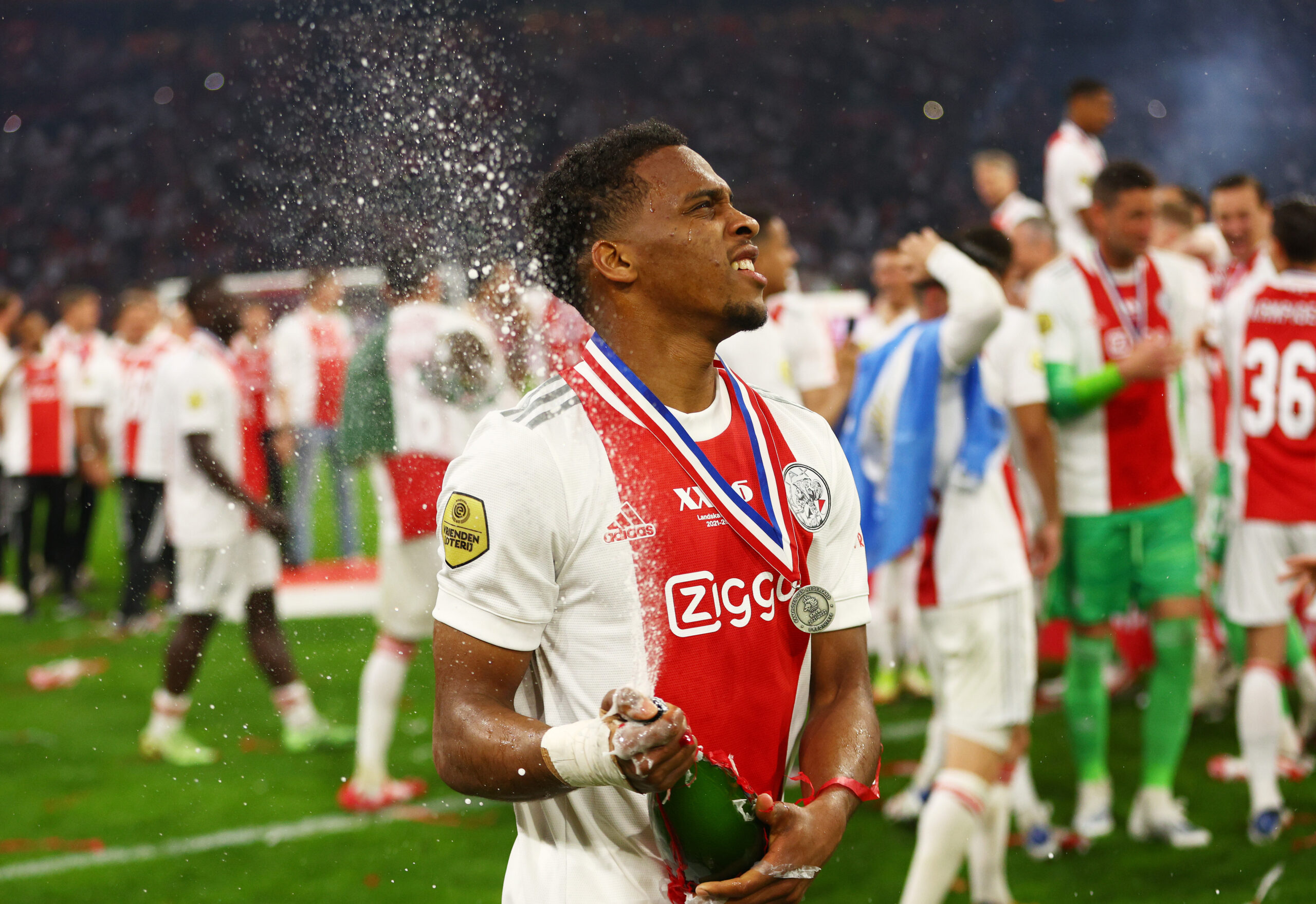 Manchester United have added Ajax centre-back Jurrien Timber to the list of potential targets for the summer, reports Fabrizio Romano.

Erik ten Hag has taken charge at Old Trafford, and he is poised for a busy summer window where many signings are expected.

The Dutch coach has been given the freedom to choose the players for his project, and he has recommended Timber’s name to United’s hierarchy.

The 20-year-old burst onto the scene following an impressive 2021/22 campaign, where he was an integral part of Ajax’s defence.

Timber excelled as an excellent ball-playing centre-back under the guidance of Ten Hag, as well as playing a helping hand in the Amsterdam giants winning the Eredivisie title.

The six-capped Dutch international has been heavily linked with a move to Old Trafford since Ten Hag was confirmed as the Red Devils’ head coach.

Ten Hag is also said to be keen on a reunion with highly-rated Ajax winger Antony, who was highly impressive in the 2021/22 season.

Romano adds that Villarreal centre-back Pau Torres is also a potential target for the Red Devils, while recent reports have stated that United are planning to hold talks with his agent this week.

United’s defence, like every other area, needs an overhaul since the likes of experienced defenders Victor Lindelof, Raphael Varane and Harry Maguire failed to make their presence felt in what turned out to be a disastrous season.

In addition, both Aaron Wan-Bissaka and Eric Bailly are allowed to leave this summer, meaning United have to reinforce their backline.

The interest in Timber and Torres shows that Ten Hag wants to sign press-resistant and ball-playing defenders – a key component of his philosophy.