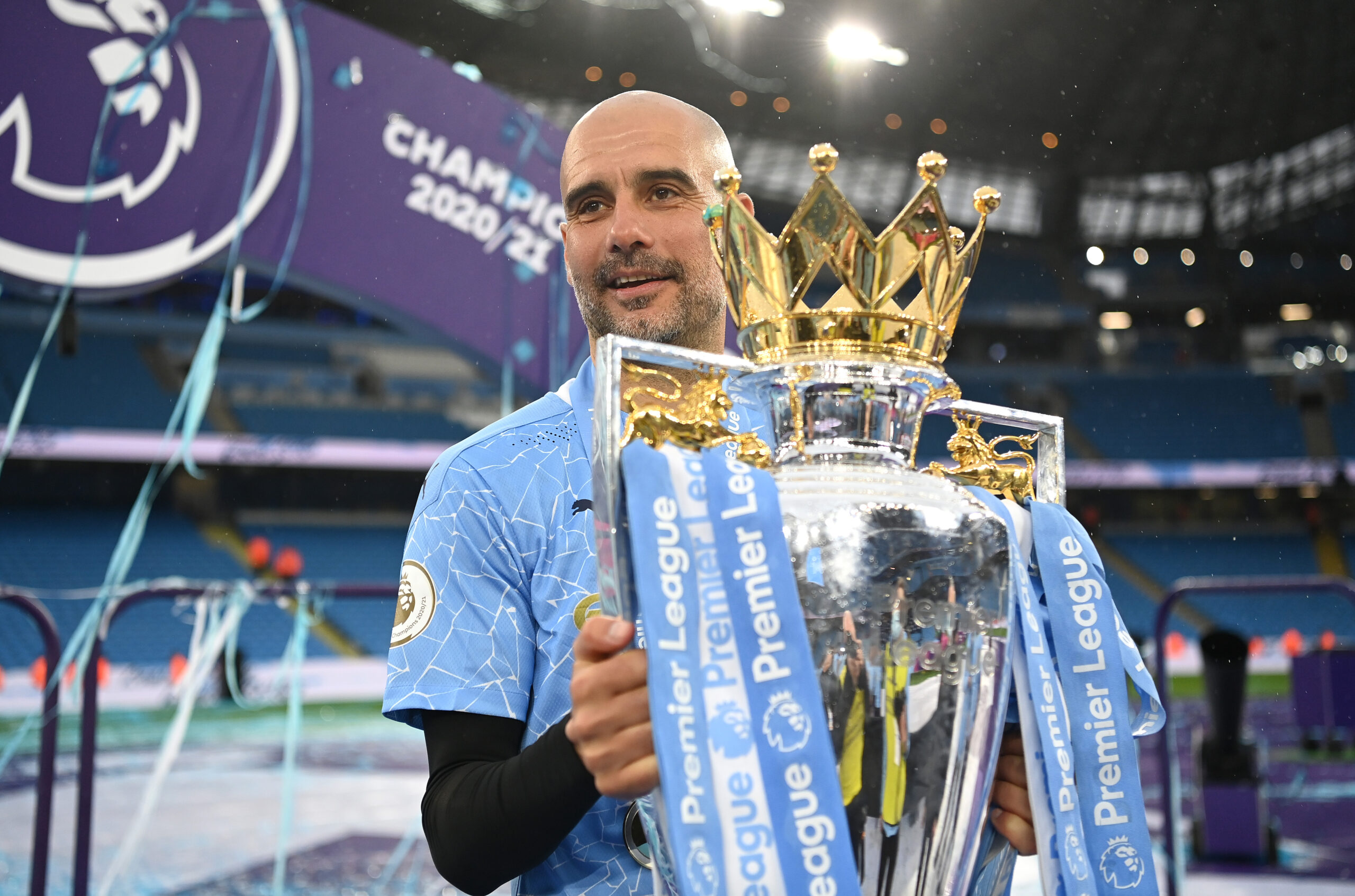 The Premier League season came to an end over the weekend, and now it’s awards season.

Manchester City duo Kevin De Bruyne and Phil Foden have already been honoured with individual accolades, while Jurgen Klopp was voted by his peers as Manager of the Season. However, there are still the PFA prizes to be given out, which tend to be held in higher regard.

Of course, these awards are all a matter of opinion. Not everyone is going to agree.

Last week, Sky Sports’ Jamie Carragher and Gary Neville revealed their picks for some of the league’s individual awards. Now, with the season over, here are our choices.

Picking a standout player was difficult. Statistically, Mohamed Salah was the obvious choice, having won both the Golden Boot and the Playmaker Award. However, his contribution since returning from the Africa Cup of Nations was well below his usual standards.

Kevin De Bruyne appears to be a popular pick among fans and pundits. But again, he had his dry spell, making a slow start to the season.

One man who has been consistently brilliant throughout the campaign is Heung-min Son. The Tottenham Hotspur man scored 23 goals, earning him the Golden Boot alongside Salah. On top of this, he got a further seven assists – a tally beaten by only two players at his club.

His record in the big games is what sets him apart from other candidates. He scored home and away against Liverpool and Arsenal, netted the winner at home to Man City, and got two assists at the Etihad Stadium.

The likes of Trent Alexander-Arnold, Declan Rice, and Mason Mount have been widely touted for the Young Player of the Year award. However, they’re all 23 – at what point do we stop considering a player to be a youngster?

We’ve set out cut-off point at 21, which has hugely reduced the pool of players to pick from. Essentially, it was a choice between Bukayo Saka and Phil Foden.

Foden was obviously brilliant, scoring nine and assisting five. However, he played just 62% of minutes available, and he was in a far superior team.

Saka has been arguably the main man in Mikel Arteta’s vibrant young Arsenal side. With 11 goals and seven assists, he tops both charts in the Gunners’ squad while setting a new personal best in both categories.

A lot of the big transfers of the season haven’t panned out as hoped. But one player who came in and made an instant impact at his new club is Luis Diaz.

Breaking into Liverpool’s front three is difficult. Salah, Sadio Mane and Diogo Jota were all having excellent seasons, and Roberto Firmino and Divock Origi provided strong back-up. When Diaz arrived in January, many wondered whether he was a necessary addition.

Not only has he proven to be a shrewd buy, he has been possibly their best forward since his transfer. In every match he plays, the Colombian looks like a real livewire, constantly creating issues with his pace, dribbling and flair. He has racked up four goals and three assists from 13 Premier League appearances, including a goal and an assist against bitter rivals Manchester United.

Choosing a winner from Pep Guardiola and Jurgen Klopp is a difficult task. The latter finished just one point behind the former, while also having to worry about three cup finals. However, the difference in playing time is somewhat exaggerated – Liverpool have played just four more games than Man City this season.

While Klopp has been brilliant once again, his record in the big games lets him down, having failed to win a league game against any of the Premier League’s top four.

He may have an incredible squad at his disposal, but that doesn’t take anything away from the brilliance of Guardiola. The Catalan has taken the Cityzens to a new level, establishing them as one of the Premier League’s finest ever sides.

In one of the most thrilling games of the season, Mohamed Salah lit up Anfield with a wonderful solo goal. With the scores level at 1-1, the Egyptian produced a moment of magic to put his side back in front.

After receiving the ball off Curtis Jones, the winger used his strength to shrug off the attention of Joao Cancelo, then produced some brilliant footwork to get away from Phil Foden and Bernardo Silva. Next, he faced up to Aymeric Laporte, twisted his way past him, and finished into the far corner with his weaker right foot.

It was a real piece of quality in one of the biggest matches of the year. At the time, many were convinced that Salah was the best player in the world.