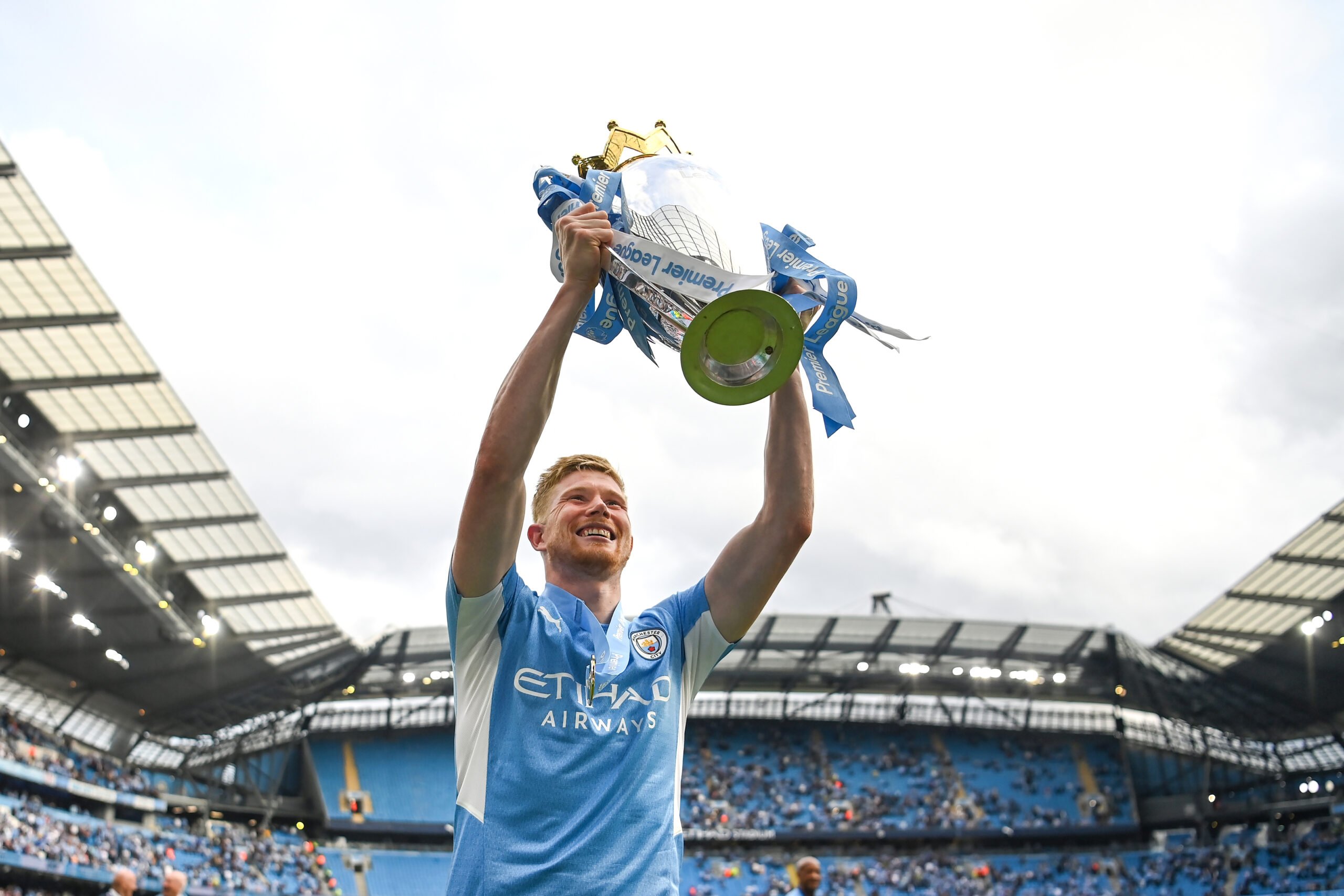 Manchester City midfielder Kevin De Bruyne has stated that he is keen on remaining at the Etihad Stadium for the foreseeable future.

The Belgian maestro played a starring role for the Cityzens en route to their fourth league crown in five years as he picked up the Premier League Player of the Season award having racked up 15 goals and eight assists in 30 outings.

De Bruyne is under contract in the blue half of Manchester until 2025 and has revealed that he has no plans to leave the English champions.

“I’ve been here seven years, I love them… this is my team,” De Bruyne said h/t (Sky Sports) at City’s title parade yesterday where he was named the club’s Player of the Season.

“I’ve got another 3 years here, I’m definitely going to stay.

“I think we have played incredibly well and honestly, in the end, we were just fighting for the title.

“I wasn’t really fit at the beginning but I’m very proud that I could help the team win another title and this team deserves it, everybody in front [of me] deserves it, the fans deserve it and now we stand to celebrate”

De Bruyne, who has now won 11 trophies under Pep Guardiola, will look to lead his side to Champions League glory next season off the back of yet another disappointing campaign in Europe.

Man City were on course to reach a second consecutive final after taking a two-goal aggregate lead against Real Madrid with just over 15 minutes left to play.

However, quickfire strikes from Rodrygo took the tie to extra-time before Karim Benzema completed an incredible turnaround from the spot at the Santiago Bernabeu.

Nonetheless, City will go into next season’s Champions League as one of the favourites once again and the addition of Erling Haaland could be the missing piece of the jigsaw needed to finally secure European glory.