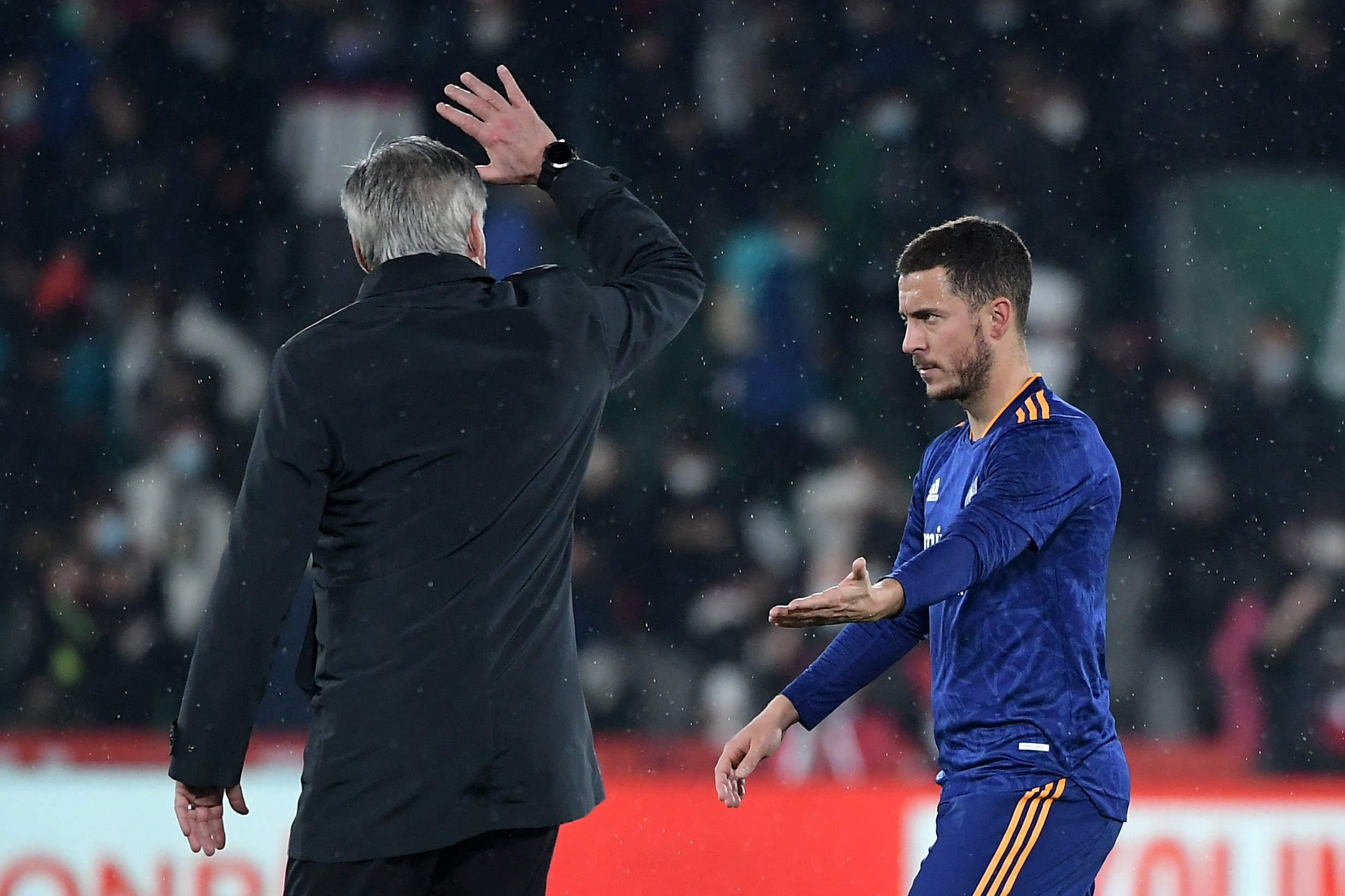 Eden Hazard has ruled out a summer departure from Real Madrid as he is keen to serve up a reminder of why Los Blancos forked out £130 million to acquire his services back in 2019.

Hazard has endured an injury-plagued spell at Santiago Bernabeu having made just 48 top-flight appearances over the course of three seasons.

He went under the knife back in March to remove a plate that was originally put in after he broke his ankle in 2020.

After spending the next 11 games on the sidelines, the 31-year-old made his return to action in a 1-1 draw versus Cadiz on May 15 and has now opened up about his most recent surgery.

“I am ready just in time to play a part in the Champions League final as I didn’t want to go too fast like last time.”

The ex-Chelsea man also stated that he is eager to remain with the La Liga champions and prove his worth off the back of a tough time in the Spanish capital so far.

“The coach understood my situation, as did the medical staff,” he added.

“We have worked well and now I feel really good. The coach knows that I still have a contract until 2024.

“My first three seasons at Real have not gone well so I want to show everyone what I can do starting with this Saturday.

“It has always been a dream to play for Real. It still is.”

Hazard and Real Madrid will be looking to round off what has been an excellent campaign on a high note when Carlo Ancelotti’s men face off against Liverpool in this year’s Champions League grand finale on May 28.