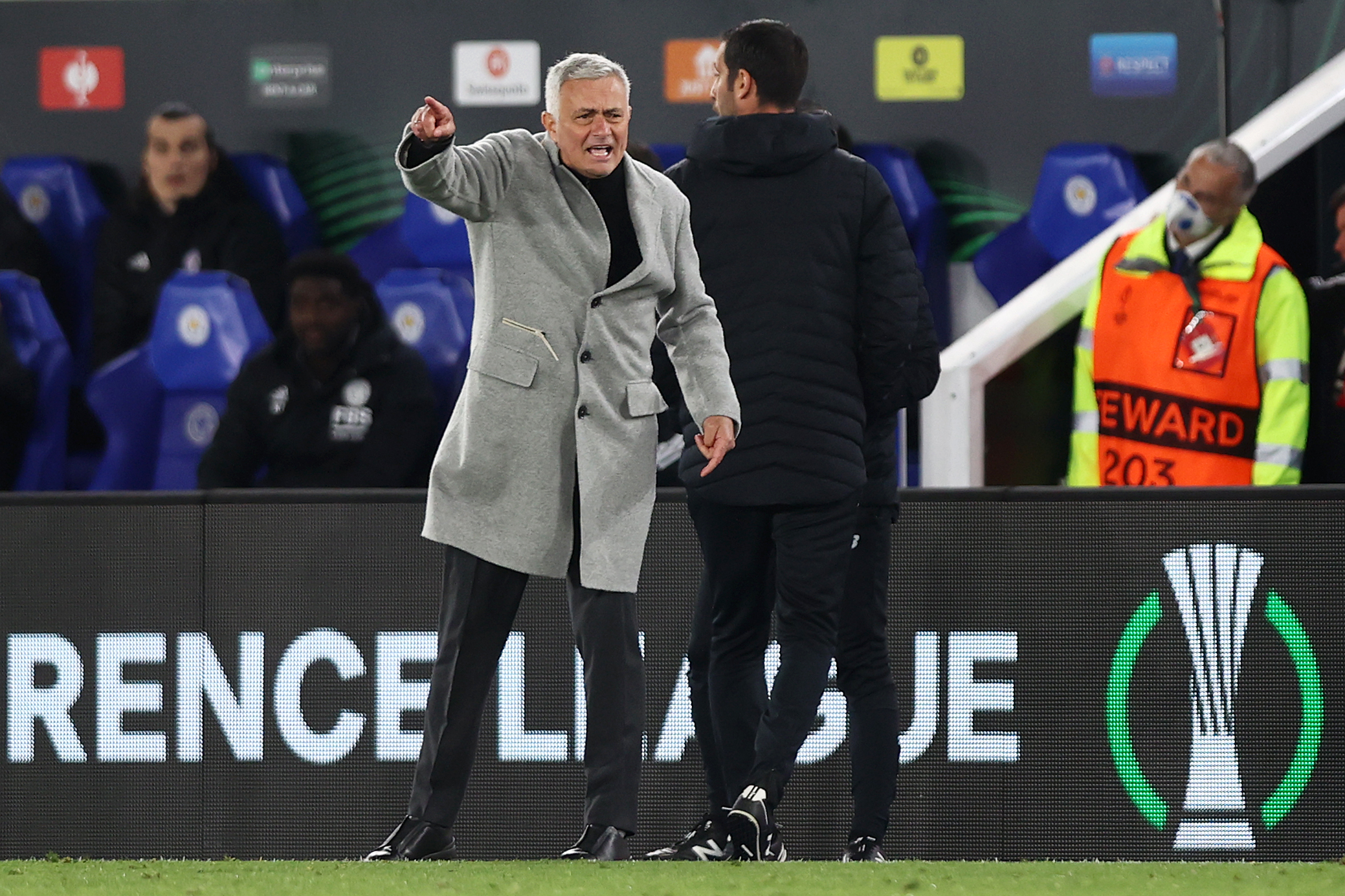 Air Albania Stadium in Tirana is the venue as Roma and Feyenoord go head-to-head in the inaugural Europa Conference League final.

Both teams launched their European campaigns under new managers in the qualifying stages before topping their respective Europa Conference League groups and reaching the Albanian showpiece.

Jose Mourinho, who took charge of Roma last summer, has led the Giallorossi into their first major European final since a heartbreaking defeat to fellow Serie A rivals Inter Milan in the 1990/91 UEFA Cup final.

While the Italian heavyweights lament frustrating memories from their two previous appearances in major UEFA finals, the ‘Special One’ has won four out of four.

Mourinho’s winning mentality, well-documented hunger for continental accolades and enormous experience in these high-octane fixtures should give Roma the upper hand in Albania.

However, led by new boss Arne Slot, Feyenoord will be looking to spoil Mourinho’s party as the Eredivisie giants seek their first European trophy since conquering the 2000/01 UEFA Cup.

It has been one hell of a season for Slot’s men, who have advanced to the grand final without losing a single Europa League match from the group stage onwards.

The maiden edition of Europe’s third-tier competition has reached its climax, and the Tirana showpiece will be available to watch live online via football streams.

Roma might have to settle for an underwhelming sixth-place finish in Serie A, yet Mourinho could still achieve greatness in his first season at the Stadio Olimpico.

Though demoralising multi-goal margin defeats to Manchester United and Bodo/Glimt on their recent ventures outside the Italian borders are still tormenting the Giallorossi faithful, there is a reason for optimism.

They have got on the scoresheet in their last 14 European fixtures outside Rome, which bodes well for their ambition to maintain a 100% win ratio against Dutch opponents in European knock-outs ties.

Yet, it is worth noting that the last time Roma failed to find the net in a European clash away from Italy’s capital was on neutral soil when they lost 2-0 to Sevilla in Duisburg in the 2019/20 Europa League last-16.

The Dutch powerhouse have left the likes of Partizan Belgrade, Slavia Prague and Marseille in their wake across the three knock-out rounds, winning two of their three springtime European fixtures on the road (D1).

Feyenoord’s overall European record against Italian opponents is perfectly balanced (W5, D4, L5), while they have negotiated two of their three knock-out ties versus such rivals.

However, their only knock-out elimination at the hands of Serie A clubs came to Roma of all teams, as Rudi Garcia’s Giallorossi side crashed Feyenoord out of the 2014/15 Europa League round of 32.

Roma will be without one of their headline performers Henrikh Mkhitaryan due to a muscle problem, while Felix Afena-Gyan remains a fitness concern after picking up a minor injury.

Mkhitaryan has potentially played his last game for the Giallorossi, as Tottenham Hotspur boss Antonio Conte wants to take him back to the Premier League, as per Italian journalist Alfredo Pedulla.

As for Feyenoord, Slot will be unable to call upon the services of first-choice goalkeeper Justin Bijlow, who has spent the second half of the season on the sidelines with a foot injury.

Mourinho has been a polarising figure ever since swapping Porto for Chelsea in 2004, yet the ‘Special One’ has proved numerous times that he is the man for a big occasion.

His outstanding track record in season-defining fixtures could make a world of difference in Albania against a relatively inexperienced Feyenoord side.

We would not dare to put a nickel against Mourinho in any final, especially now when he could become the first-ever manager to win all three major European competitions.

So we back Roma to land their first-ever piece of European silverware.