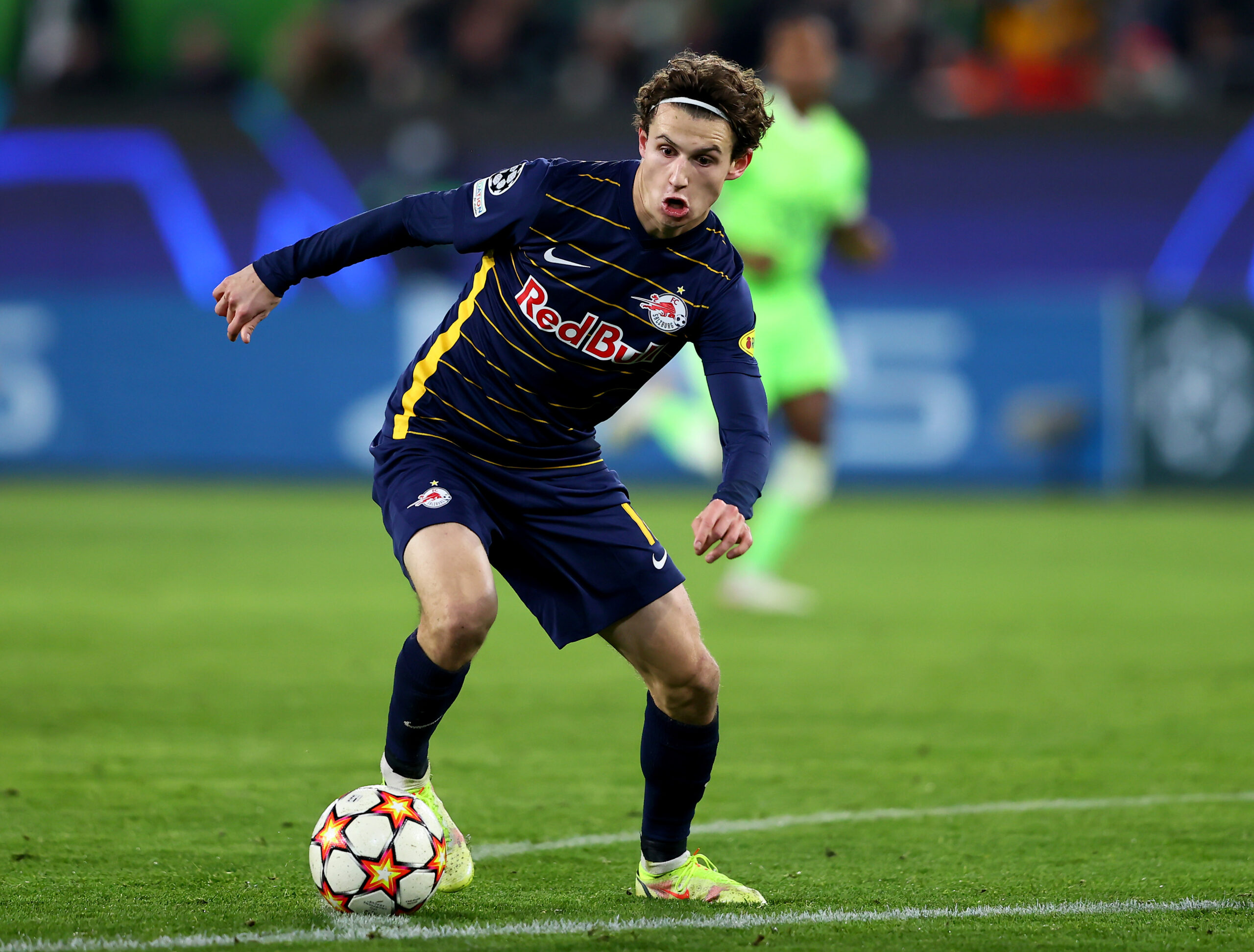 Leeds United have reached an agreement with RB Salzburg over a summer move for Brenden Aaronson, reports Fabrizio Romano.

The USMNT youngster will mark Leeds’ first signing of the summer, with Romano adding that the transfer fee will be £28 million.

The Whites tried to sign Aaronson during the January transfer window but had two bids knocked back by the Austrian giants.

After making a huge impression at Philadelphia Union, Aaronson moved to Salzburg last year, a deal overseen by Jesse Marsch, the current manager of Leeds.

The 21-year-old has had an impressive 2021/22 campaign, registering six goals and ten assists across all competitions. He also starred in the Champions League, grabbing the attention of many with some stunning performances.

Aaronson is regarded as one of the promising young talents in Europe, and he has already managed 18 caps with the United States national team.

An attacking midfielder by trade, the US prodigy is known for his creativity and excellent dribbling skills.

His former club Philadelphia will also get a chunk of the transfer fee upon his move to Elland Road due to the sell-on clause they have inserted.

Leeds had a memorable final matchday, as they defeated Brentford 2-1 to survive in the Premier League next season.

Besides the reunion with Aaronson, Marsch will hope to keep hold of Raphinha, who has been heavily linked with an exit amid interest from Barcelona and Manchester United.

Kalvin Phillips is another player on the transfer books of Man Utd, Manchester City and Aston Villa. However, the Whites would persuade him to stay after avoiding the drop.