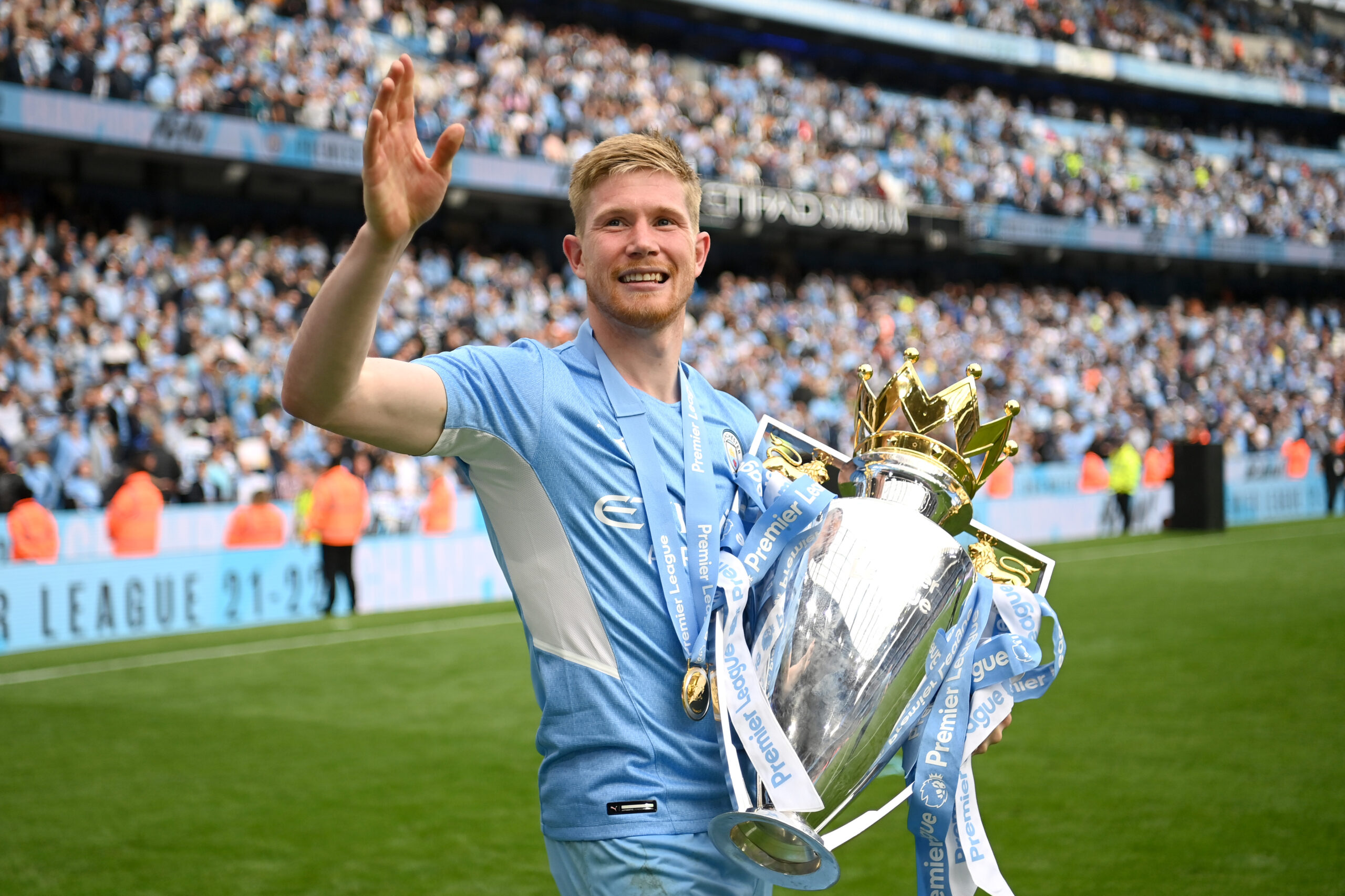 After ten long and enthralling months, the Premier League season has come to an end.

It was one of the most exciting campaigns in recent memory, with the title race, European spots, and relegation battle all going down to the wire. Manchester City edged out Liverpool to lift their fourth title in five years, Chelsea and Tottenham Hotspur made up the top four, while Norwich City, Watford, and Burnley dropped into the Championship.

Here is our pick for the Premier League Team of the Season.

GK – Alisson (Liverpool) – There is little debate to be had over who the best goalkeeper in the Premier League is. Since his move from Roma in 2018, Alisson has been a cut above the rest.

The Brazilian is the perfect example of the modern goalkeeper. Not only is he a very good shot-stopper, but he is excellent with the ball at his feet and is lightning quick off his line. The latter attribute is incredibly useful to his side, given their notoriously high line.

Alisson shared the Golden Glove with Ederson this season, having kept 20 clean sheets each.

He continued his incredible rise with another standout campaign. His 12 assists made him runner-up in the Playmaker Award, while also adding two goals and contributing to 18 clean sheets.

CB – Virgil van Dijk (Liverpool) – Last season, Virgil van Dijk suffered a serious injury which kept him out for almost a year. When he made his return, many questioned whether he would be able to hit the heights of before.

The centre-back has made a mockery of these claims, putting in consistently solid performances at the back. He has kept 20 clean sheets this season from 34 outings, conceding just 21 goals.

CB – Ruben Dias (Manchester City) – Along with Liverpool, Man City have boasted the best defensive record in the league, shipping only 26 goals. Ruben Dias has been a key part of their stern backline.

Often cited as the club’s best defender, the Portuguese has shown his class once again this term. In his 29 appearances, he has kept 17 clean sheets while conceding just 18 goals.

LB – Joao Cancelo (Manchester City) – Despite being renowned for their incredible squad depth, Man City have been left fairly light in the left-back position. Joao Cancelo was asked to fill in there, and has been a revelation.

He has been one of the champions’ main outlets of creativity this term, assisting on seven occasions – only two players in City’s squad have set up more goals.

CM – Rodri (Man City) – There have been question marks over Rodri in the past. He arrived from Atletico Madrid in 2019 and took a while to find his feet.

However, the Spaniard has proven to be a big hit at the Etihad Stadium, and an adequate replacement for the outgoing Fernandinho. His composure in midfield is a huge asset to the Cityzens, and he is also capable of contributing in attack.

He has enjoyed the best goalscoring season of his career, netting seven. This includes a crucial equaliser in the final day victory over Aston Villa which clinched them the title.

CM – Declan Rice (West Ham United) – Going into the transfer window, we can expect Declan Rice to be one of the most talked-about players this summer. West Ham are reportedly demanding a nine-figure sum for the midfielder, with a number of the league’s top clubs sniffing about.

The England international has been a key part of another strong season for the Hammers. He’s an excellent ball-winner, energetic, and good on the ball. Wherever he is next season, he should continue to perform to a high level.

CM – Kevin De Bruyne (Manchester City) – It’s been another sensational season from Kevin De Bruyne, being the star man in a title-winning side. If he wasn’t already, he is surely in the conversation as one of the Premier League’s greatest ever midfielders.

The Belgian has once again put up some incredible numbers. With 15 goals and eight assists, he is top of both charts at his club. Meanwhile, this has also been his best ever goalscoring season, surpassing the 13 he got in 2019/20.

RW – Mohamed Salah (Liverpool) – Back in September, Mohamed Salah became the 30th member of the Premier League’s 100 club, hitting the century mark with a strike at Elland Road.

He continued to shine for most of the season, registering 23 goals and 13 assists. In doing so, he became only the fourth player to end a Premier League campaign with the most goals and most assists in the league, after Andy Cole (93/94), Jimmy-Floyd Hasselbaink (98/99), and Harry Kane (20/21).

ST – Sadio Mane (Liverpool) – In truth, there weren’t many clear options for the striker spot. Cristiano Ronaldo and Harry Kane have been the best numbers-wise, but both endured long spells of mediocrity throughout the season.

Perhaps we’re cheating a bit here as he played a lot of the season as a left-winger, but we’ve selected Sadio Mane. The Senegalese forward began playing centrally following the arrival of Luis Diaz in January, and has taken to the position like a duck to water. He also joined the 100 club earlier in the year, and ended the season with 16 goals.

LW – Heung-min Son (Tottenham Hotspur) – There really isn’t much question over who takes the final place in this team. Heung-min Son rounds off the Team of the Season following a string of standout performances.

The South Korean shared the Golden Boot with Salah, hitting 23 goals – a personal best. In doing so, he became the first Asian to become top goalscorer in the history of the English top-flight.