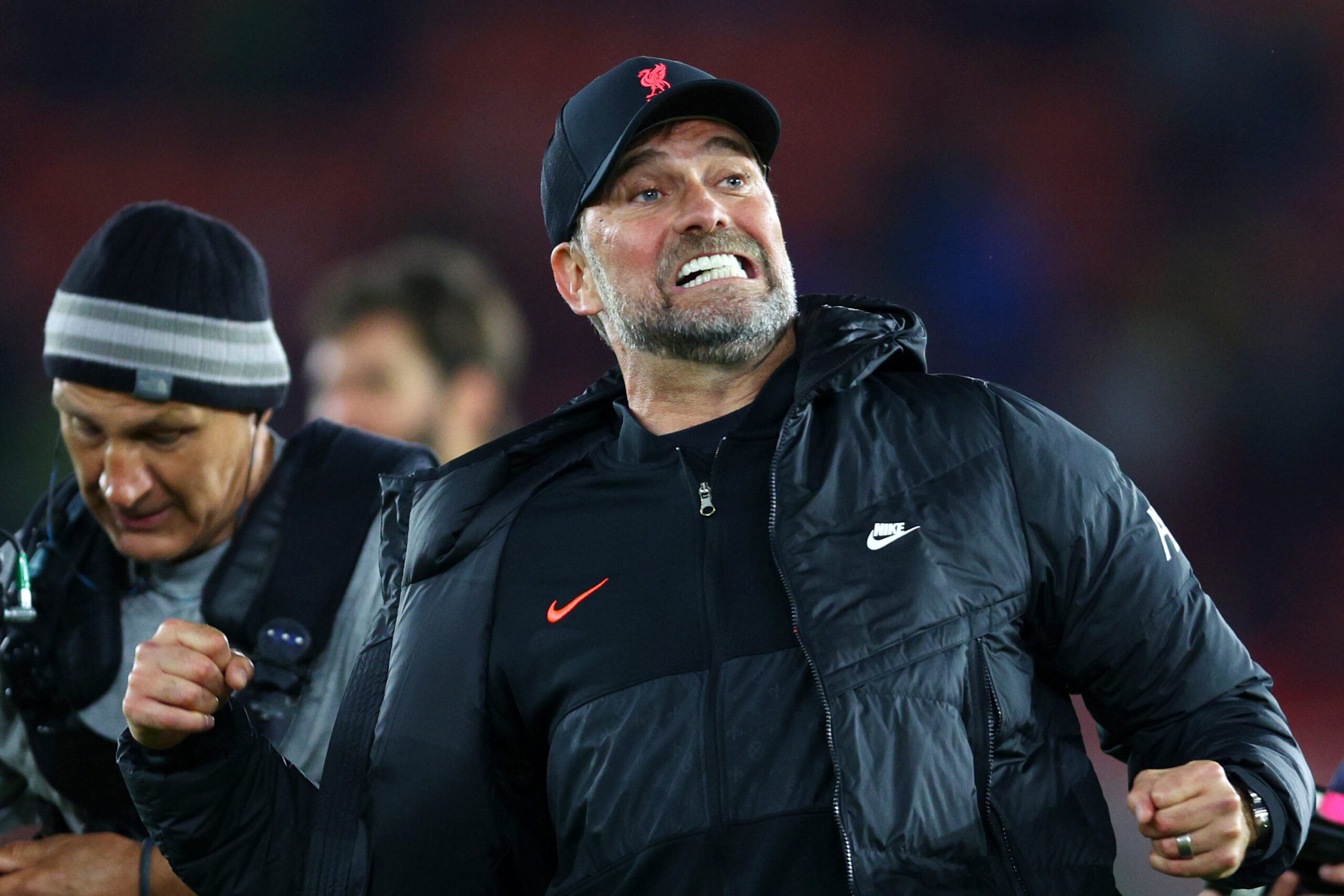 Liverpool’s bid to complete an immortalising quadruple is on the line as an underperforming Wolverhampton Wanderers side arrive at Anfield on the final Premier League weekend.

Jurgen Klopp’s understrength side did well to come from behind and beat bottom-half Southampton 2-1 on Tuesday, keeping the Reds’ title hopes alive ahead of the final round.

Coming into the season finale, the Merseyside heavyweights sit a single point adrift of table-topping Manchester City, with the title-race destiny out of their hands.

Liverpool need favours from old pals Steven Gerrard and Philippe Coutinho over at the Etihad Stadium if they are to seal a record-equalling 20th Premier League crown.

Gerrard-led Aston Villa will hope to throw a spanner in the works when they meet Pep Guardiola’s high-flying team in Manchester.

After a morale-boosting victory at St Mary’s Stadium, the Reds’ confidence should be sky-high, even though they still have unpleasant memories from a similar run-in in 2019.

Liverpool eased past non-other than Wolves 2-0 on the final weekend back in 2018/19, only to finish runners-up to Man City, who dismantled Brighton & Hove Albion 4-1 to lift the crown.

They will hope to write a different script this time around, backed by the fact their former hero Gerrard will be out to hold off pacesetters Man City in their own backyard.

Liverpool vs Wolves, coupled with all other Premier League matches, is available to watch online via streaming sites.

Since Klopp replaced Brendan Rodgers at the helm in 2015, Liverpool have not lost any of their six closing day Premier League fixtures, recording five wins and a draw.

Back to the present time, the Reds are unbeaten in their last 22 top-flight outings at Anfield (W17, D5), netting a staggering 53 goals while conceding just ten in return.

Avoiding defeat against a Wolves side they have defeated in their last ten Premier League meetings would see Liverpool go unbeaten in all 19 seasonal home games for the fifth time in the club’s history.

Wolves will aim to arrest an underwhelming six-match winless league streak (D2, L4), even though they have nothing but pride to play for at Anfield.

Bruno Lage’s men have to settle for another top-half finish despite being in the European frame for the large portion of the season, which goes down to their abysmal scoring return.

Excluding sides battling for relegation, Wolves have netted a league-low 37 goals this Premier League season and they are unlikely to improve that record on the final matchday.

Wolves have drawn a blank in eight of their last ten top-flight games against Liverpool.

According to Sky Sports, Klopp has urged his Liverpool side for ‘one final push’ as they remain firmly in contention for a historic quadruple.

However, the Reds will have to deal with Wolves without star defender Virgil van Dijk and household forward Mohamed Salah.

Both players are out injured, while the availability of Joe Gomez and Fabinho remains up in the air.

Wolverhampton will be without Max Kilman, Romain Saiss and Nelson Semedo due to injuries.

Despite lacking two immensely significant first-team members in Van Dijk and Salah, this should be another day in the office for Liverpool.

Klopp’s men have shown tremendous mental fortitude in the absence of their star players this season and we back them to maintain that trend against their underperforming visitors.