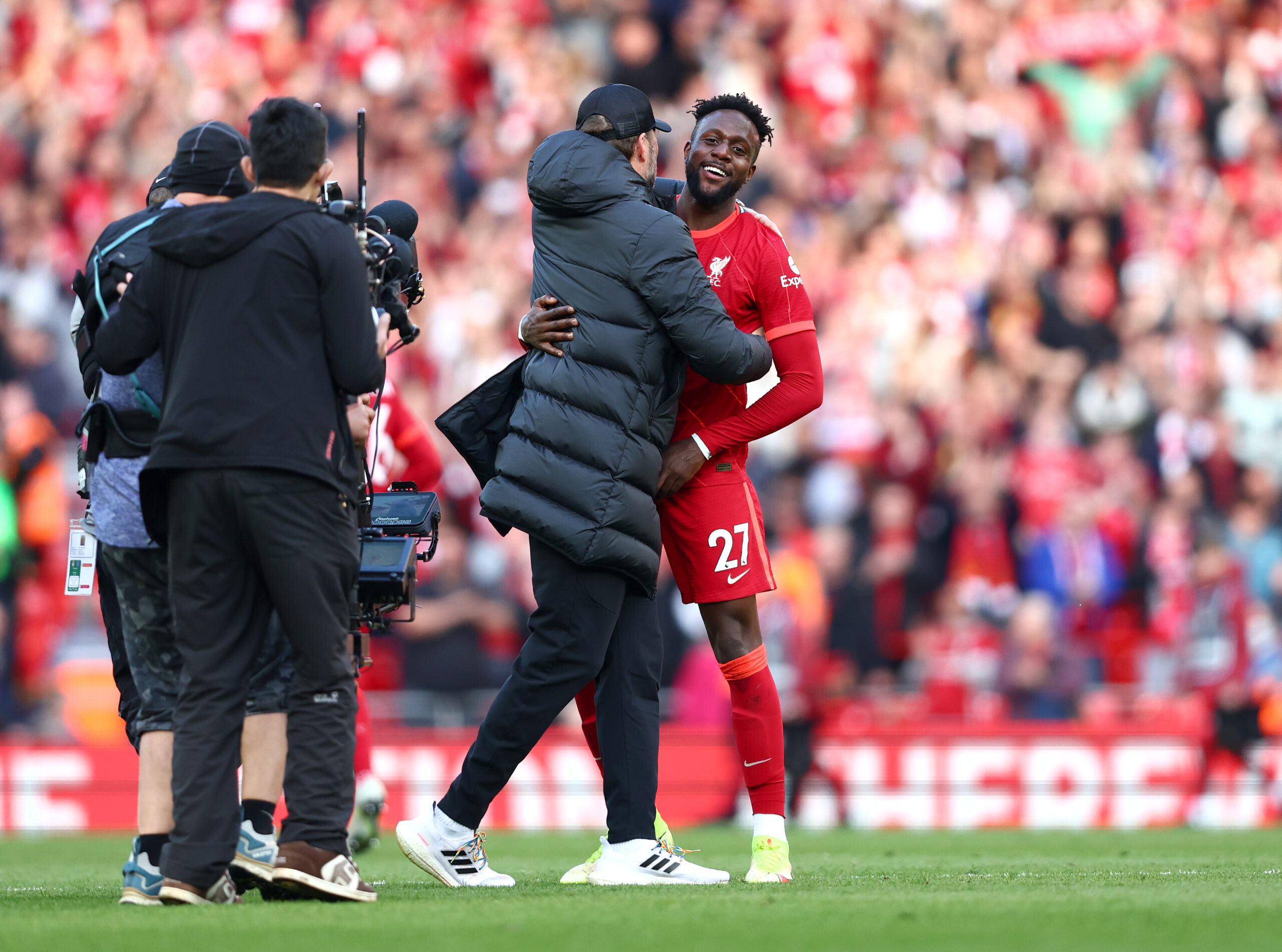 Liverpool manager Jurgen Klopp has praised Divorck Origi as the striker prepares to leave the club at the end of the current campaign.

The Belgian forward is in the final few months of his contract at Anfield with AC Milan closing in on a free transfer this summer.

While he has been constantly down the pecking order during his time in the red half of Merseyside, Origi has developed a reputation for grabbing important goals off the bench.

Speaking ahead of Liverpool’s final home game of the season, Klopp has confirmed that there will be a send-off for Origi on Sunday.

“We can only do that with those we know definitely, and that’s only Div,” Klopp was quoted saying by Liverpool Echo.

“Yes, I expect him to get a special reception and farewell as he is and will be for me forever a Liverpool legend; one of the most important players I ever had.

“It’s not over yet – just the last Premier League game – but he deserves all good thoughts we can generate somehow for his future, and wherever he will go he will be successful, 100%.

“An outstanding player, an outstanding boy, everybody in the team loves him because he’s just a relaxed guy and a really lovable guy.

“I remember so many things when I think about Div that is incredible, some important goals, some bad injuries, ups and downs. He is a Liverpool legend, no doubt.”

Having already won the FA and Carabao cups this term, Origi could still lift two more trophies before sealing his exit with Liverpool still in the hunt for the Premier League title.

However, they currently trail Manchester City by a point heading into the final matchday of the 2021-22 season.

The Reds have also reached the final of the Champions League where Origi will be hopeful of another significant contribution having come on as a substitute three years ago to secure the trophy for his side with a late clincher against Tottenham Hotspur.