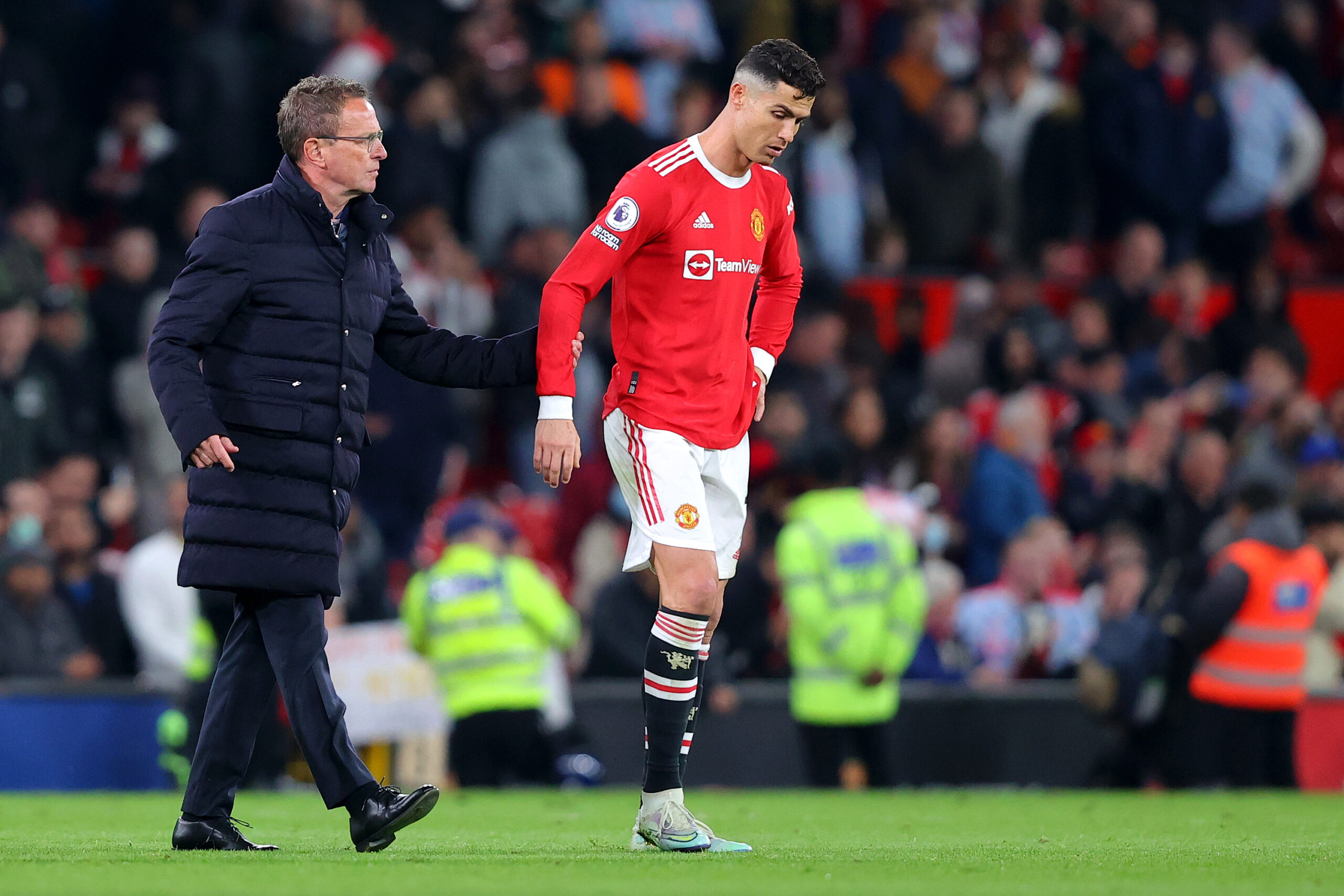 Ralf Rangnick’s dreadful interim charge of Manchester United is drawing to a close as the Red Devils head to Selhurst Park to meet Crystal Palace on the final Premier League weekend.

Regardless of the outcome of this fixture, United’s embarrassing 58-point tally guarantees that they will end the season on a record-low points haul, with their previous worst reading 64 back in 2013/14.

But United can ill-afford to let their underwhelming points tally mess with their heads ahead of their trip to London, as they have yet to secure Europa League football for next season.

Any failed attempt to beat Palace, coupled with the Hammers’ potential victory at the Amex Stadium, would demote Man United to the Europa Conference League qualification spot.

Cristiano Ronaldo and his comrades will be keen to impress the new boss Erik ten Hag, who is already in England and will attend Sunday’s match at Selhurst Park.

In one of his latest interviews, the Dutch manager recalled his conversation with Ronaldo before accepting United’s offer to take over the reins, as relayed by the Daily Mirror.

Patrick Vieira’s men will be out to spoil Ten Hag’s welcoming party, seeking their best Premier League placement since 2014/15 when they finished 10th.

Palace head into proceedings trailing 10th-placed Brighton by three points and will have other results to go their way to secure a top-half finish.

Palace vs Man United, coupled with all other Premier League matches, is available to watch online via streaming sites.

Palace have never lost their final game of a top-flight season at home since their maiden campaign in 1969/70, racking up six wins and three draws from nine such fixtures.

However, the Eagles have yet to beat Man United at home in the Premier League, as they have drawn four and lost eight of their 12 previous H2Hs at Selhurst Park.

That could change now, as Vieira’s men are unbeaten in their last five league outings at home (W3, D2) and could win back-to-back such match-ups since March 2020.

But if things go south and the Red Devils end up losing by a two-goal margin or worse, this will be the first time in their Premier League history that they have finished the season with a negative goal difference.

That scenario is not beyond the realm of possibility, though, as they have lost their last five away league matches by an aggregate score of 16-2, conceding four goals in three of those defeats.

In addition to long-term absentees Nathan Ferguson and Michael Olise, Palace will be without Marc Guehi, who picked up an ankle injury against Everton in midweek.

James Tomkins and James McArthur are also fitness doubts in the home camp.

As for Man United, Jadon Sancho and Phil Jones will join Paul Pogba, who has likely played his last game for the Red Devils, on the sidelines.

Given Man United’s horrendous away form, it is virtually impossible to back them to thrive at Selhurst Park, especially with Palace flying high at home these days.

But Vieira’s men may show up in a sour mood after throwing away a 2-0 half-time lead to lose 3-2 at Everton in midweek, so we expect the share of spoils.