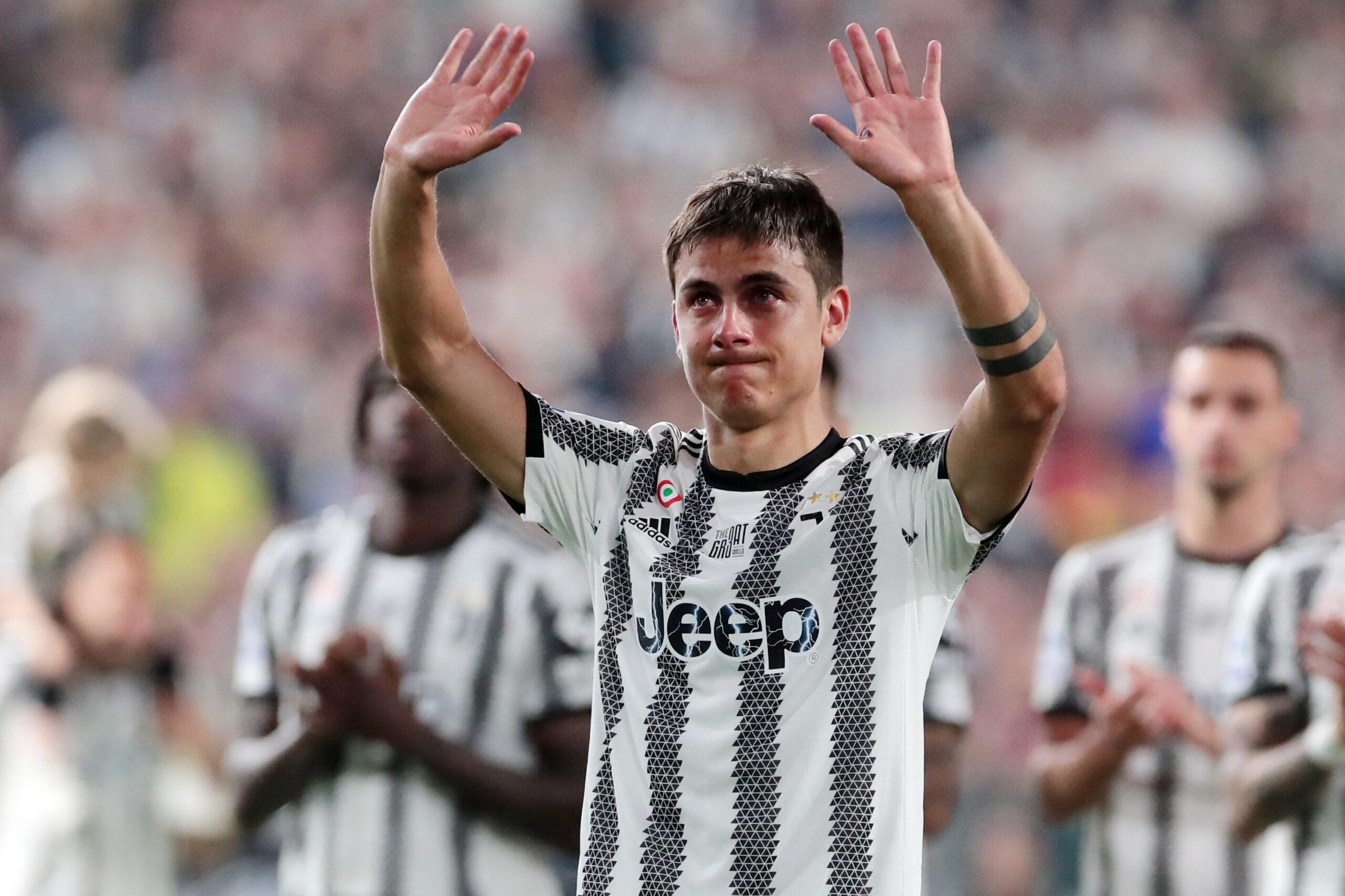 Paulo Dybala has ruled out Tottenham Hotspur as a possible destination in the summer, according to Spanish outlet AS.

The midfielder bade a tearful farewell to the Juventus faithful after their final home game of the 2021-22 campaign against Lazio on Monday as he prepares to leave the Allianz Arena as a free agent off the back of seven trophy-laden years in Turin.

While Serie A champions Inter Milan are believed to be the current frontrunners to land the Argentine, his agent Jorge Antun has come out to deny reports of a potential agreement with the Nerazzurri.

“The player is exclusively focused on the end of the season,” Antun said as quoted by Football Italia.

“No agreement has been reached with any team in Italy or abroad at this time.”

Newcastle United, Borussia Dortmund, AC Milan and Atletico Madrid amongst others have all been credited with an interest in Dybala, who has now reportedly ruled out a switch to Spurs.

Antonio Conte’s men were previously linked with ‘La Joya’ back in 2019 and even reached an agreement with Juventus over a move.

Dybala ended up turning down the chance to join the North Londoners but they have remained huge admirers of the Argentine ever since.

Despite closing in on a permanent deal for the on-loan Dejan Kulusevski, Spurs are believed to be keen on further attacking reinforcements ahead of the start of the upcoming transfer window.

As it stands though, the Lilywhites are set to miss out on Dybala once again and would have to turn their attention elsewhere.

However, with Spurs closing in on qualifying for next season’s Champions League, the prospect of a move could become more appealing to Dybala in the coming weeks when he would be expected to make a decision on his future.