Manchester United and Arsenal to miss out on Darwin Nunez 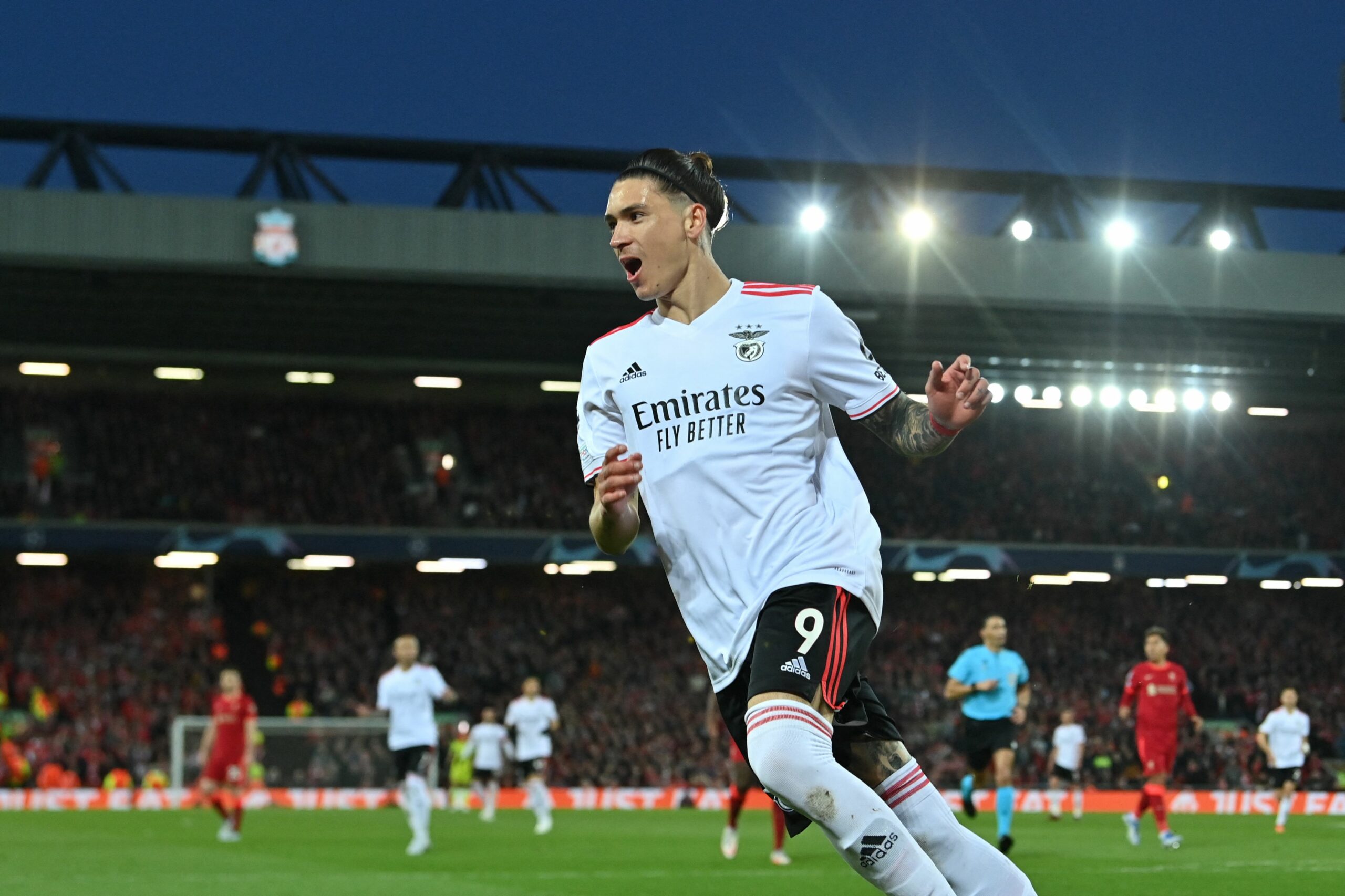 Manchester United and Arsenal are among the clubs interested in signing Benfica striker Darwin Nunez, who is currently one of the most sought-after players in Europe.

The Uruguayan striker has risen to stardom following a prolific 2021/22 campaign, netting 34 goals in all competitions, including the strikes he scored against Barcelona, Bayern Munich, Ajax and Liverpool in the Champions League.

Man Utd are in dire need of attacking reinforcements, with Edinson Cavani set to leave this summer while the likes of Marcus Rashford and Anthony Martial – who will return from Sevilla after a lacklutsre loan spell – are facing an uncertain future at Old Trafford.

Similarly, the Gunners are in the market for a new striker, as they are set to lose both Alexandre Lacazette and Eddie Nketiah – both of their contracts expiring this summer.

Both the Premier League giants have identified Nunez as a top target for the summer, but Italian journalist Fabrizio Romano claims they are likely to miss out.

Writing in his column for Caught Offside ( h/t Team Talk), Romano stated that Nunez prefers to play in the Champions League, which the Red Devils will not provide next season.

Meanwhile, the Gunners are more likely to miss out on the top-four spot, as they are currently fifth in the league table, two points behind Tottenham Hotspur.

Their potential absence from Europe’s top competition could also be a stumbling block in persuading Manchester City striker Gabriel Jesus to Emirates Stadium.

West Ham United had a bid turned down by Benfica in January for Nunez, while Paris Saint-Germain and Chelsea are also named as other potential suitors.

The Uruguayan striker could be one of the expensive signings this summer as the Portuguese giants value him at around €80 million.