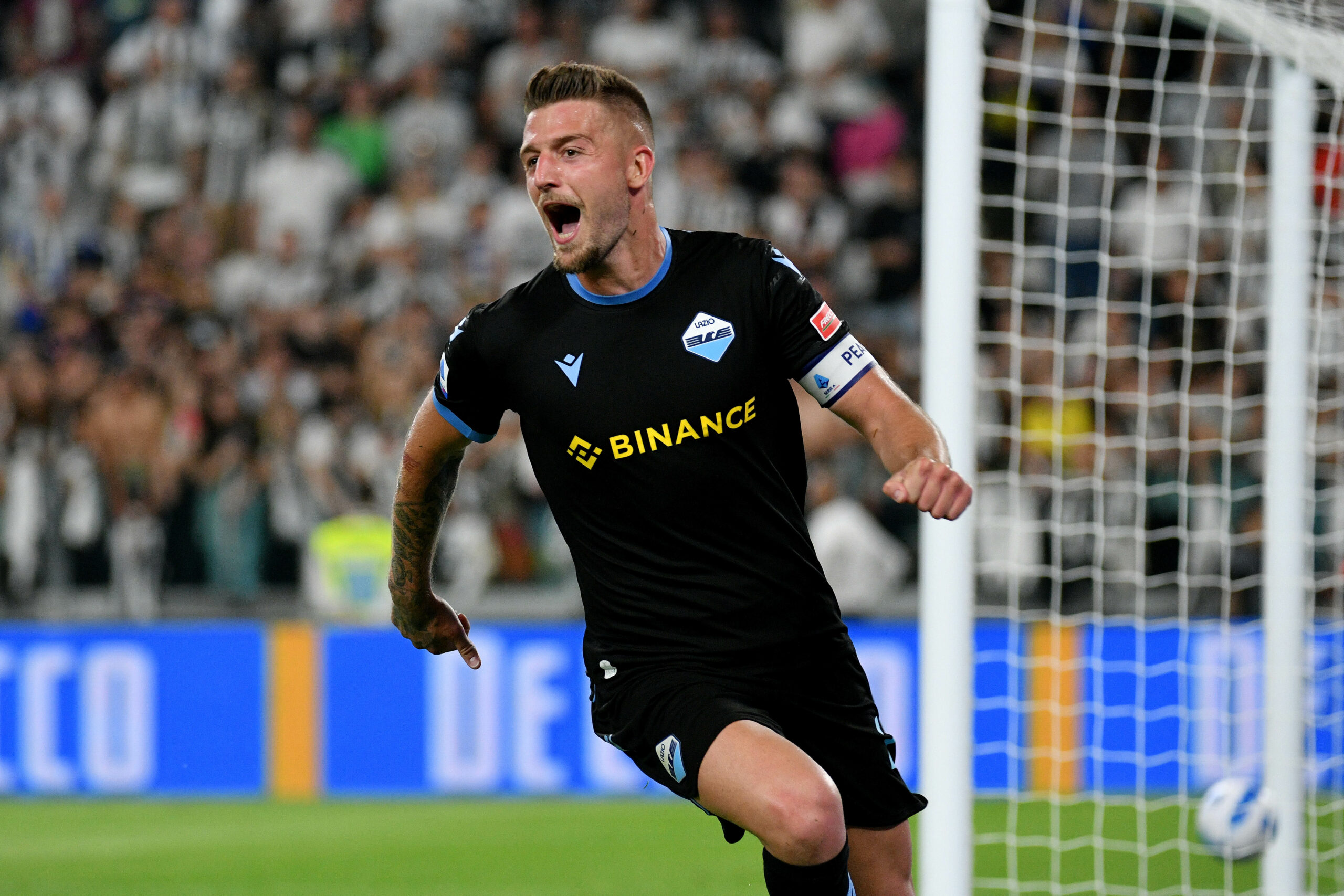 Lazio midfielder Sergej Milinkovic-Savic has been heavily linked with an exit this summer.

The Biancocelesti are open to selling the Serbian midfielder for a higher fee – he is valued at €70 million – so they can invest in new players who can fit into Maurizio Sarri’s style of play.

Manchester United and Paris Saint-Germain have registered their interest in Milinkovic-Savic, while Juventus – against whom he scored in their recent Serie A meeting – are also said to be in the race.

Sarri has touched on the midfielder’s speculations, stating that he would more likely play outside Italy if he were to leave this summer.

The Italian gaffer said ( h/t Fabrizio Romano): “I’m not sure that Sergej Milinkovic-Savic will leave this summer as it’s not easy… but I’m convinced that if it happens, Milinkovic will sign for a foreign club and not an Italian one.”

The 27-year-old has enjoyed a prolific 2021/22 campaign with Biancocelesti, racking up 11 goals and assists apiece in Serie A.

He has amassed a total of 58 goals and 51 assists for the capital club – an eye-catching stat for a central midfielder.

His agent Mateja Kezman recently revealed that both Man Utd and PSG were in talks to sign his client, who perhaps wants to join the former.

In addition to Milinkovic-Savic, Man Utd have also identified Frenkie de Jong, Aurelien Tchouameni and Ruben Neves as midfield targets for the summer.