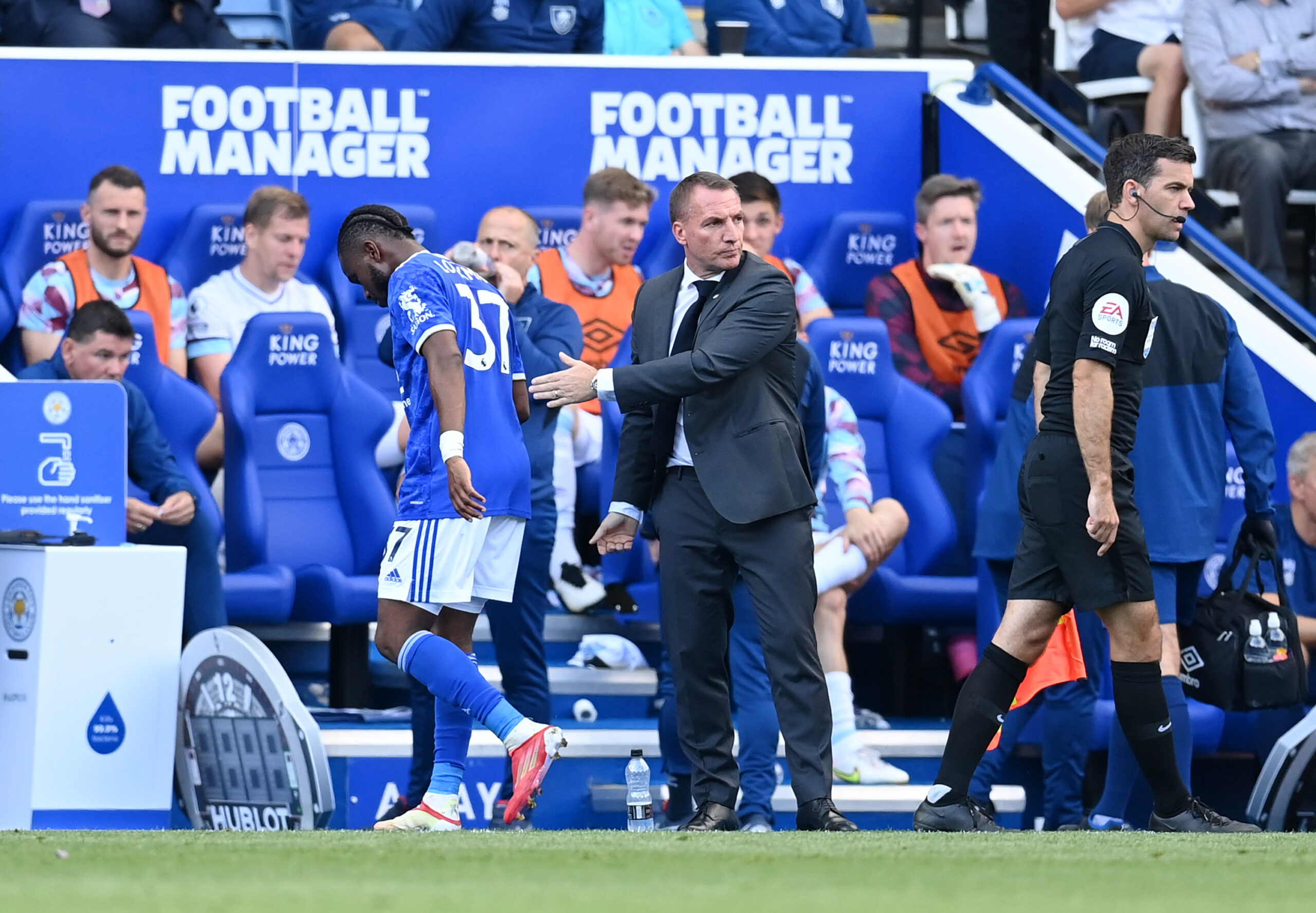 Leicester City manager Brendan Rodgers has stated that he would love to retain the services of Ademola Lookman, who is currently on loan from German outfit RB Leipzig.

Lookman has enjoyed a decent spell in the East Midlands, netting eight goals and supplying five assists in 41 games across all competitions this term.

The 24-year-old is available for £14million and his current boss has confirmed that he wants to snap him up on a permanent deal in the upcoming transfer window.

“He is a young player I really like and he has done very well in his time here,” Rodgers said as quoted by The Daily Mail.

“We will discuss that over the coming weeks and if it’s possible I’d love to be able to do something because I think there is still growth in him.

“We just have to wait and see from a financial perspective if that’s something we can do.

“He gives us real healthy competition and challenges Harvey Barnes in that left-sided position because that’s where he’s at his best.

“He is the type of player that of course, I’d like to have.”

Leicester are bracing themselves up for a hectic summer window with a host of arrivals and departures expected.

Youri Tielemans and James Maddison are amongst those to have been linked with a move away from the King Power Stadium, while Ayoze Perez and Caglar Soyuncu are also facing uncertain futures.

However, The Foxes are currently focused on finishing the season strongly as they sit ninth in the Premier league table ahead of tomorrow’s visit to Stamford Bridge to take on Chelsea.

A victory for Leicester would confirm a top-half finish for the 2016 English champions off the back of what has been a largely underwhelming campaign nonetheless.