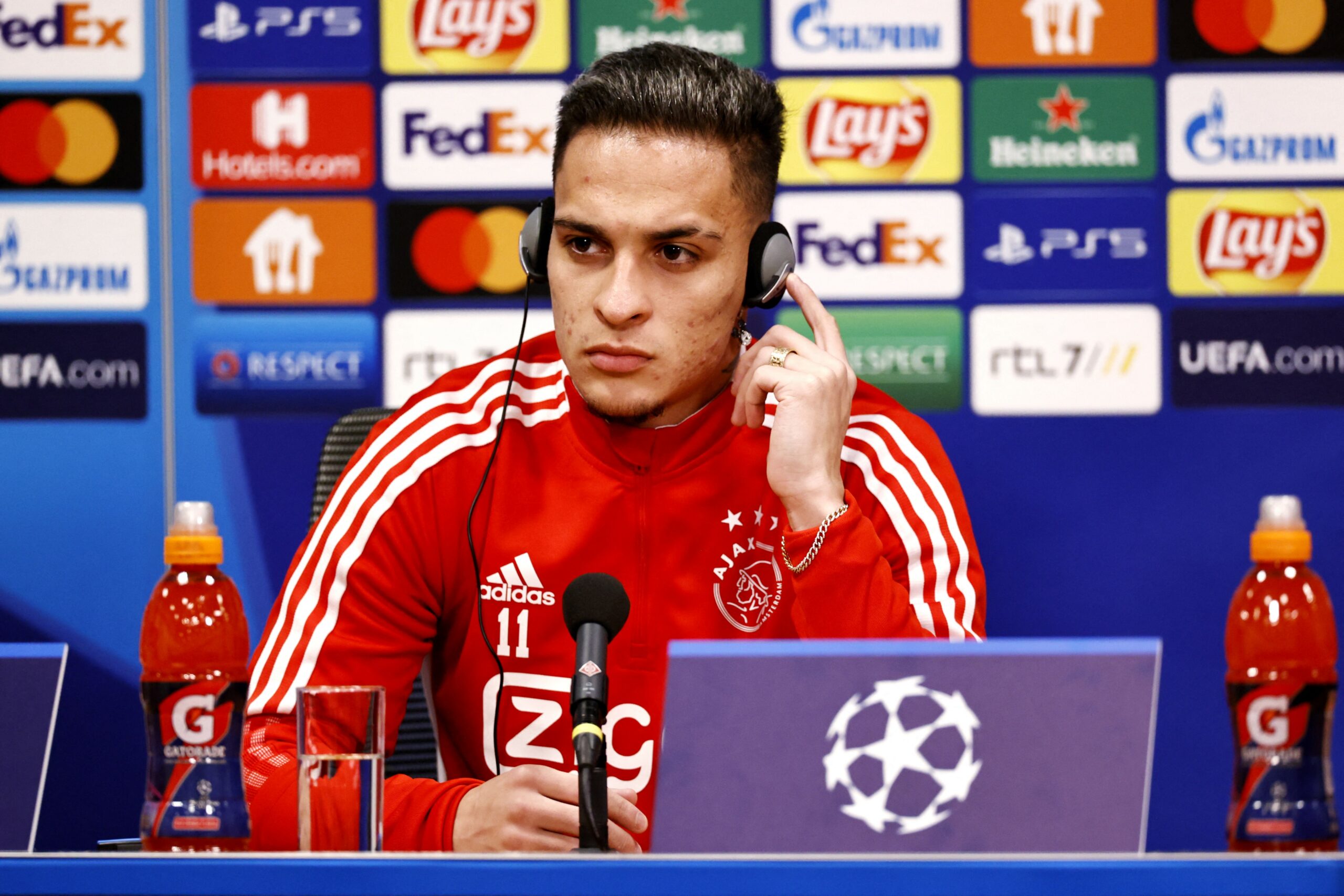 Manchester United are leading the race to sign Ajax forward Antony this summer.

According to UOL Sport, the 22-year-old has received ‘concrete approaches’ from the Red Devils, Liverpool and Newcastle United.

The Magpies are reportedly out of the running, with Antony preferring a move to either United or Liverpool.

United are in pole position to sign Antony, with incoming manager Erik ten Hag keen to reunite with the player in the Premier League.

Liverpool have been monitoring his progress since 2019, but are unlikely to make a move until Mohamed Salah’s future is resolved.

That puts United in pole position to sign Antony, although things could change if Salah decides to head elsewhere this summer.

The Brazil international has emerged as one of the hottest properties in Europe following his move to Ajax from Sao Paulo in June 2020.

He has netted 22 goals and 20 assists in 79 appearances for Ajax and now looks ready to take the next step in his career.

Ten Hag is keen to improve United’s squad this summer as he sets about trying to turn the club’s fortunes around.

Judging by his comments on a farewell video to ten Hag, the forward appears to be extremely keen to sign for United.

Antony joined Ajax stars past and present to bid farewell to ten Hag on social media, and issued a less than subtle ‘come and get me’ plea.

“Know that I will always stand with you if you need me,” he said.

“I want to wish you all the best at your new club. I also want to thank you for everything you taught me. I am thankful all the opportunities and learning every day.”

A £50 million fee would be enough to get the deal over the line and kick off ten Hag’s tenure at United with a bang.