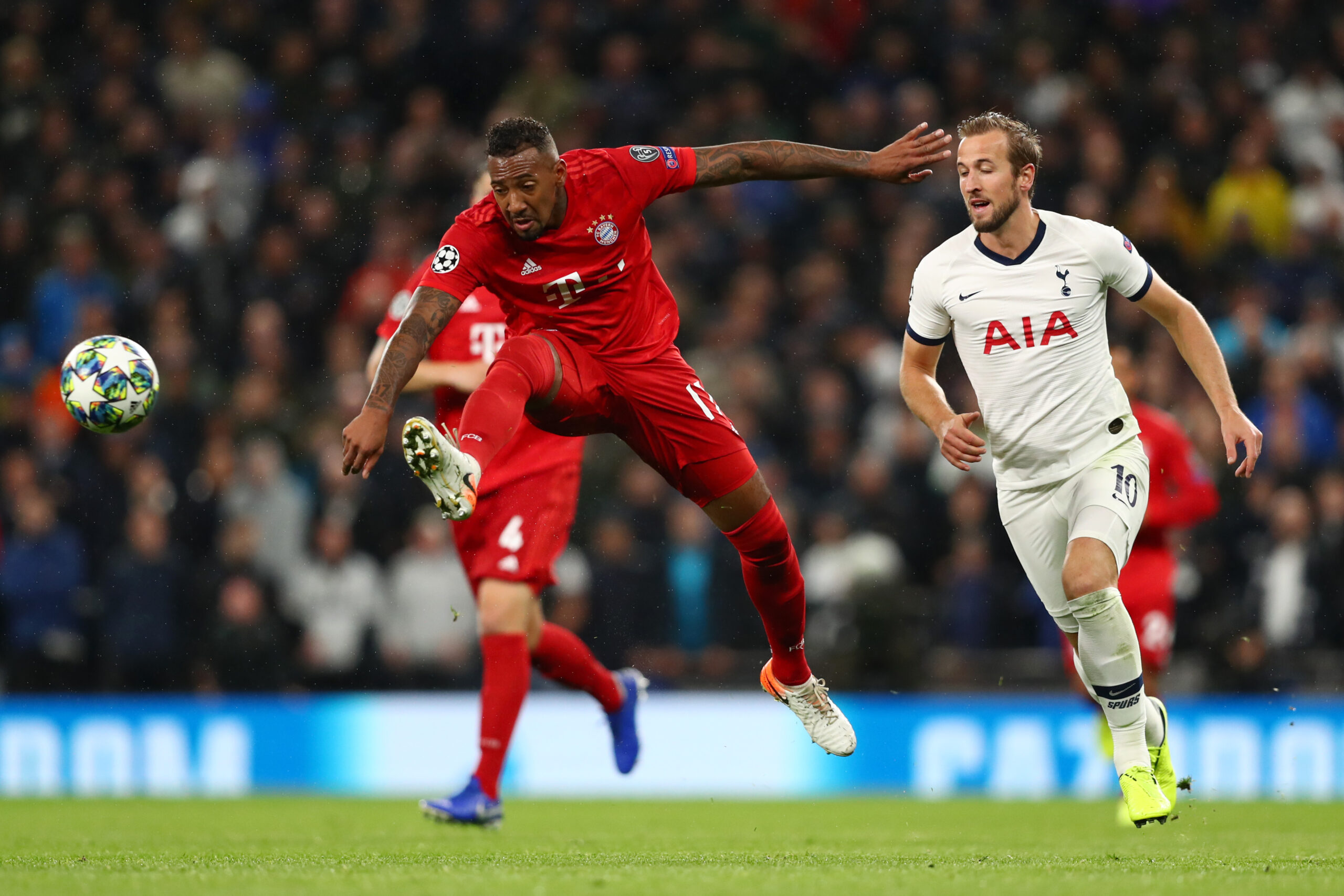 Lyon defender Jerome Boateng has mooted Harry Kane as a suitable replacement for Robert Lewandowski in the event that the latter leaves Bayern Munich this summer.

Per Fabrizio Romano, Lewandowski is keen on a switch to Barcelona but Chelsea and Paris Saint-Germain are also keen on snapping up the Polish forward.

Boateng, formerly of Bayern, has now advised his old team to look no further than Kane should they need to acquire the services of a new marksman.

“Many strikers have impressed me and at the moment they [Bayern] have the best with them in Lewy, although Benzema can also be mentioned after this season,” Boateng told Sky Sports Germany.

“Personally, I would try to get Harry Kane for Bayern right away. That’s my opinion.

“For me, he’s a complete striker who scores his goals every day at Tottenham. In a very good, but not a world-class team.

“If he’s in a team like FC Bayern plays, then I think it’s a great replacement at a very good football age but that’s up to FC Bayern.”

Boateng also claimed that he is not taken aback by Lewandowski’s desire to leave the Bavarians despite having enjoyed a vastly successful spell since joining from Borussia Dortmund back in 2014.

“I wasn’t surprised. You could predict it a bit based on the development,” Boateng added.

“For a player like him, it’s legitimate that you want to do something new at some point.

“I think that you can reach an agreement on both sides without there having to be a fuss.

“It’s difficult, but now in the summer break there’s enough time to find a good solution for both sides.”

With Lewandowski’s departure from the Allianz Arena drawing increasingly nearer, Bayern are weighing up moves for a potential replacement with Sadio Mane thought to be high on the German champions’ wishlist.

Meanwhile, Sebastien Haller and Darwin Nunez are also possible options, while Stuttgart’s Sasa Kalajdzic appears to be the most realistic addition.