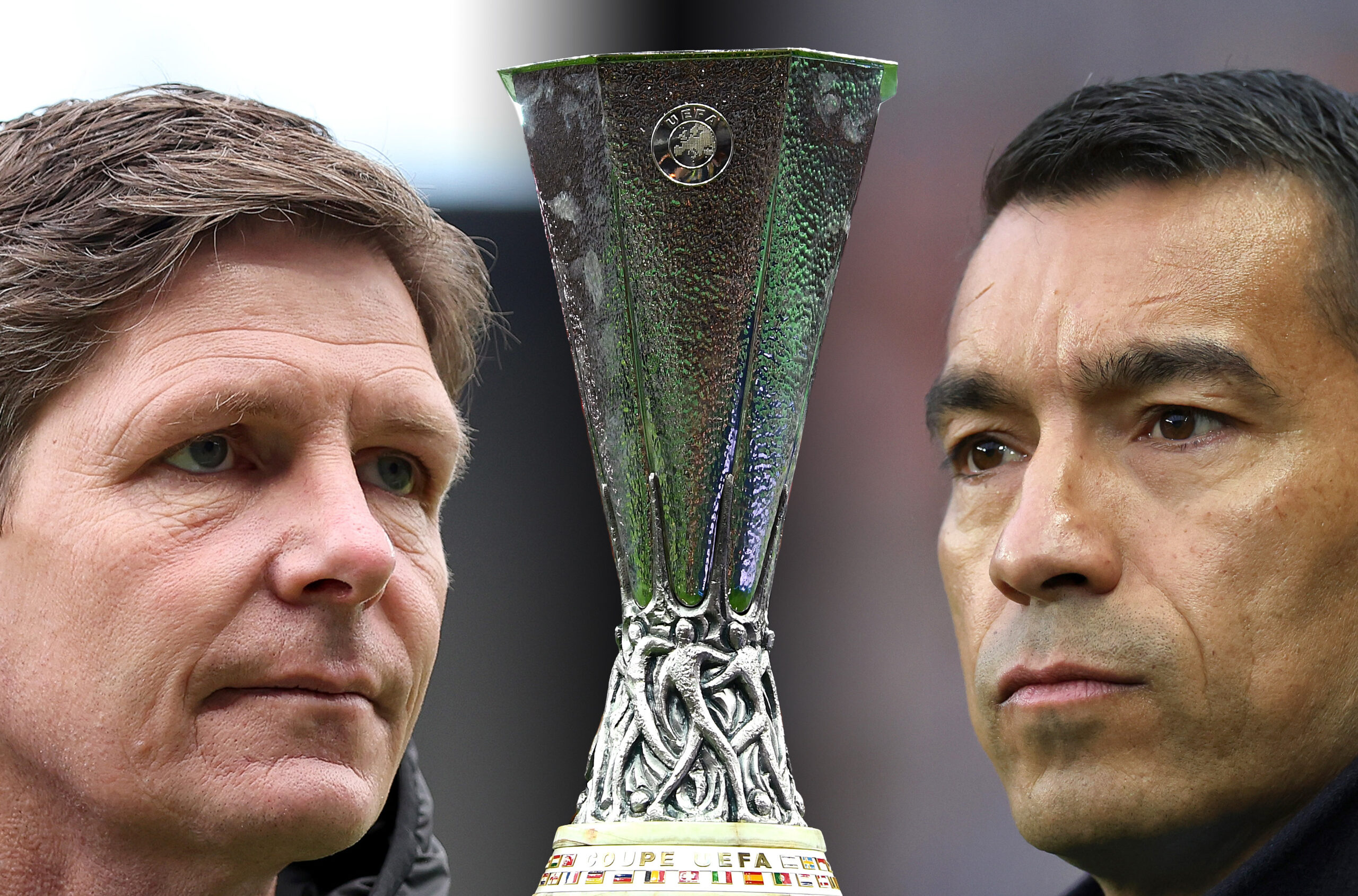 Estadio Ramon Sanchez Pizjuan in Seville will host its first major European final since 2003 as Eintracht Frankfurt and Rangers go head-to-head in the Europa League showpiece.

Frankfurt have had to overcome Real Betis, Barcelona and West Ham United to secure their first appearance in a European final in 42 years and will be looking to complete the fairytale in Seville.

Rangers’ road to Andalusia has been far less complicated. Last season’s Scottish Premiership champions look to go on better than their most recent European final, where they finished UEFA Cup runners-up in 2008.

Giovanni van Bronckhorst’s men had sailed past Borussia Dortmund, Red Star Belgrade and Sporting Braga before pulling off a second-leg comeback to oust Bundesliga powerhouse RB Leipzig in the semi-finals.

The Gers had to settle for a second-place finish in this season’s Scottish Premiership, surrendering the crown to arch-rivals Celtic.

However, everything has been about reaching a first European final after a 14-year absence for Rangers, who are seeking their first-ever continental accolade.

In order to achieve that feat, Van Bronckhorst’s men will have to beat one of the best-performing sides in this season’s Europa League.

Frankfurt are bidding to win their first major European title since lifting the UEFA Cup trophy in 1979/80 and erase the memory of an underwhelming domestic campaign.

Frankfurt launched their Europa League campaign in the group phase and are now into the title-deciding fixture unbeaten after 12 games, including three consecutive wins over West Ham and Barcelona.

Except for a 1-1 draw at Fenerbahce in the group stages, Oliver Glasner’s lads have won five of their six Europa League games outside the Deutsche Bank Park, each by a single-goal margin.

Frankfurt’s ability to thrive in tight, keenly-contested matches will come in handy in this one-off encounter on Spanish soil, where they boast a 100% unbeaten ratio across their five visits to the country (W4, D1).

Rangers have never been crowned the Europa League winners, with this being only their second shot at the title following a 2-0 defeat to Zenit St Petersburg in 2008.

In stark contrast to Frankfurt’s relatively sparse experience against Scottish clubs, the Gers have met German sides on 51 occasions thus far, with their record in such match-ups reading W18, D15, L18.

But Van Bronckhorst’s lads have struggled outside Glasgow in this Europa League campaign, going winless on ten of their 11 continental travels this term (D3, L7), including three defeats in a row since a 4-2 thumping of Dortmund in the opening knock-out round.

As for Rangers, long-term absentee Ianis Hagi remains unavailable for selection despite having teased a comeback recently, with Filip Helander and Alfredo Morelos also on the sidelines due to injuries.

The 2021/22 Europa League top goalscorer James Tavernier will hope to extend his seven-goal tally and lead the Gers to historic continental success.

Despite experiencing an abysmal Bundesliga campaign that resulted in a bottom-half finish, Frankfurt have been a force to be reckoned with in Europe, as evidenced by their unbeaten continental record this season.

In the meantime, Rangers will have to find a formula for success outside Ibrox Stadium and defy their spate of disheartening away showings this European season to conquer the competition.

On that basis, we expect Frankfurt to win the prize.