Grading Chelsea: How did the players, manager, transfers & results stack up? 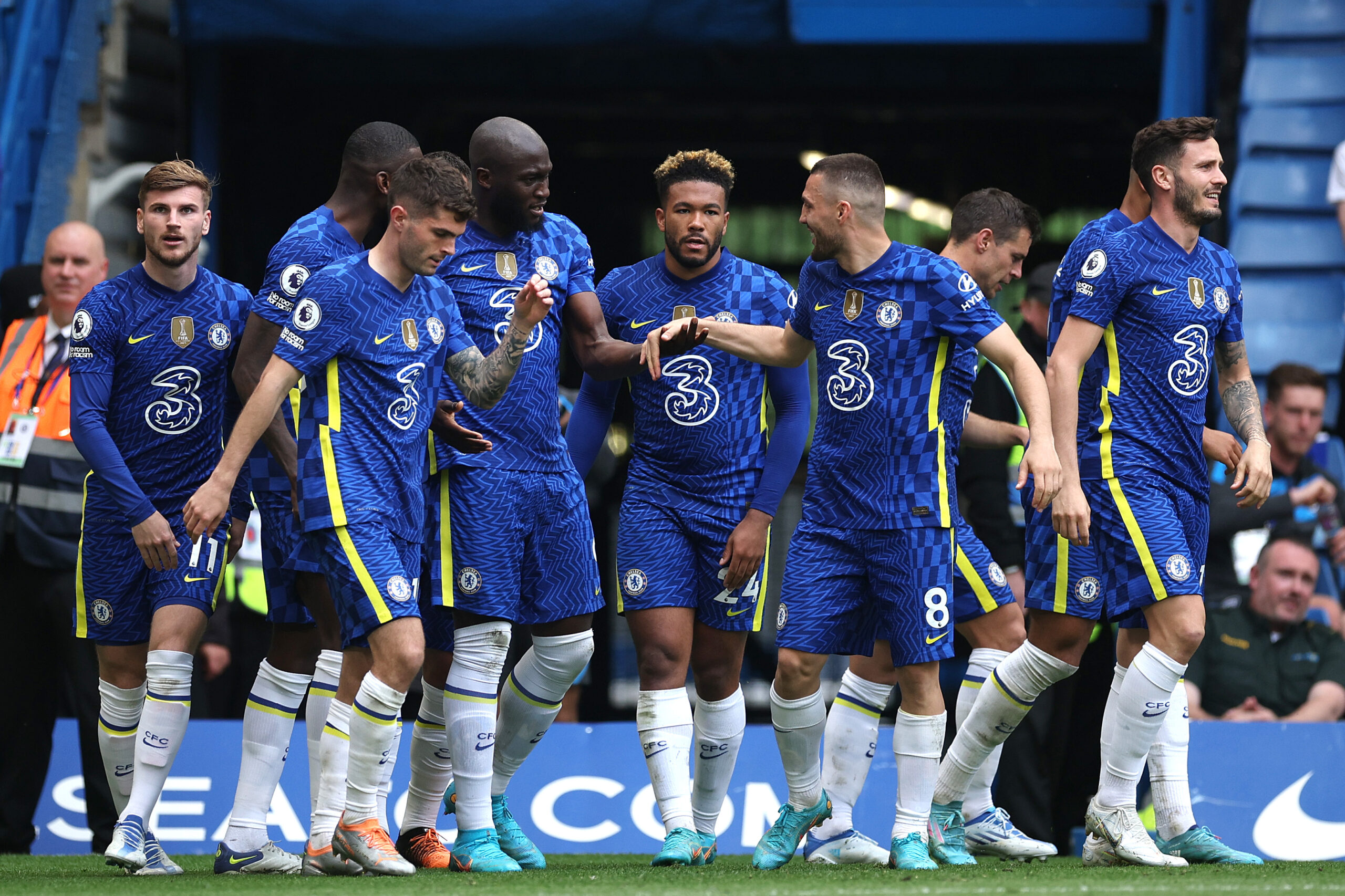 Heading into the new season off the back of European glory, Chelsea fans were excited for the year ahead.

One year on from their success in Porto, things haven’t gone as hoped. They have added a Super Cup and a Club World Cup to their cabinet, but is this enough to satisfy the people in charge?

Meanwhile, it’s been a whirlwind off the pitch. The club were put under sanctions due to owner Roman Abramovich, who was eventually forced into ending his 19-year reign at Stamford Bridge.

Here are our grades for Chelsea’s season.

Chelsea’s squad is a bit of a strange one. There are no obvious weaknesses, but also a lack of superstar quality. If you were to make a best XI from the Premier League, you would find it difficult to fit a player from the Blues in there.

On a similar note, there haven’t been any real standouts from the south-west Londoners this season. Despite occupying third place, none of their squad were part of the eight-man shortlist for Premier League Player of the Season, and it is unlikely that any of their players will feature in PFA Team of the Year.

But that’s not to say they haven’t had some good performers. Mason Mount has hit his best ever season numbers-wise, while Edouard Mendy has continued to be one of the division’s finest goalkeepers. The likes of Thiago Silva, Antonio Rudiger, Reece James, and Kai Havertz have also put in admirable displays.

Thomas Tuchel’s reign at Stamford Bridge couldn’t have started much better. In his first four months in charge, he won the Champions League, took the club from ninth to fourth, and reached the FA Cup final.

Naturally, many expected the German to continue this progress into the next year and add more medals to his personal collection. Unfortunately, it hasn’t exactly worked out in this way.

The Blues fell way short of challenging for the Premier League title, and exited the Champions League at the quarter-final stage.

They were unlucky in the domestic cups, losing both finals on penalties. Had they come out on top from these shootouts, we’d view their season very differently.

Tuchel’s had a lot to deal with this season, from the ownership situation to Romelu Lukaku’s controversial comments. This ought to be considered when assessing his performances.

It’s been far from disastrous. After all, they’re still quite comfortably in the top four. However, they’ve lost pace with Manchester City and Liverpool, and allowed Arsenal and Tottenham Hotspur to close the gap on them. Things seem to have gone downhill, and he will need to turn this around if he wishes to remain in the job.

On the whole, the standout results have been mostly positive.

The highlight of Chelsea’s season came during the Champions League group stages. Up against Italian giants Juventus, the hosts swept them aside with an emphatic 4-0 victory.

They will also have taken great joy from their clashes with rivals Tottenham this term. They faced their fellow Londoners on four occasions and won them all by an aggregate score of 8-0. Additionally, thumpings of Norwich City and Southampton were also welcome.

Obviously, the cup final defeats will have hurt, especially after losing by such a narrow margin. Across their four meetings with Liverpool, they only trailed for 37 minutes.

But it was the matches against Man City which will have come as the biggest disappointments. They were supposed to be competing alongside the Cityzens this term, but were defeated in both games. A shock 4-1 loss at home to newly-promoted Brentford also stands out.

Chelsea made three signings during the summer, bringing in Romelu Lukaku, Saul, and Marcus Bettinelli. It seems like the latter has been the best of the three, despite making just one appearance in all competitions.

Lukaku was signed for a club-record fee of around £100 million. Expected to be the man to fire them to the top, the Belgian has not lived up to the hype. It seems like he doesn’t suit Tuchel’s system, and the club may look to cut their losses on him. Nonetheless, he has proven in the past that he has plenty to offer, so may be given another chance.

As for Saul, he was just a bit of a pointless loan, really. With just 390 league minutes under his belt, one has to wonder: was it really worth bringing him in? Wouldn’t they have been better off integrating Conor Gallagher into the first team?

There were a number of players shifted out the door, and many of them probably could have been useful to the Blues had they been kept. Tammy Abraham, for example, has had a wonderful season at Roma, and Armando Broja has had a promising loan spell at Southampton. Would they have done any worse than Lukaku?

Fikayo Tomori and Marc Guehi were also sold for a combined total of around £45m. Are the likes of Andreas Christensen, Malang Sarr and Trevoh Chalobah an upgrade on these two? Not particularly, no.

At the beginning of the campaign, Chelsea were widely tipped for more success. Many put them alongside Man City, Liverpool, and Bayern Munich as one of the best sides in Europe.

They weren’t necessarily expected to win the Premier League – with such high competition, this is a tough task. However, a strong challenge for the title would have been demanded of Tuchel’s men. They currently sit 20 points off top spot, while being just four points clear of fifth place.

In the Champions League, things were a bit tighter. Exiting in the quarter-finals would have been disappointing, but they put in a spirited display at the Bernabeu and almost pulled off an incredible comeback, only to be denied by the brilliance of Luka Modric and Karim Benzema.

To lose both domestic cup finals would have been crushing. To lose both on penalties is desperately unlucky. It would be harsh to ask for much more from them in these competitions.

But overall, Chelsea have fallen short of expectations. Simple as that, really.

On the whole, it’s not been the worst season for Chelsea, but it also could have been a lot better.

The Blues are, quite clearly, the third best team in the country right now. There is little shame in that, with Man City and Liverpool being as good as they are. But to fail to close the gap on them will have been very disappointing.

Meanwhile, they have allowed other clubs to catch up. If they continue at their current trajectory, they could easily fall out of the top four.

The summer transfer window has probably done the most damage. At the time, many praised their business, selling a number of fringe players while bringing in a proven striker. In hindsight, however, they may have been better off not making these deals.

Is Tuchel in any danger of losing his job? Probably not right now, although we don’t know what approach the new owners will take. Although if things don’t improve next year, he could find himself on the chopping block.

Assuming Todd Boehly’s takeover gets over the line and the sanctions get lifted, Chelsea may have a big summer ahead.

At the back, they have been solid, boasting the third-best defensive record in the division. However, with Antonio Rudiger set to leave for Real Madrid, a new centre-back is a necessity.

Going forward, they are also third in the league, although they are way behind Man City and Liverpool in this department. Without a reliable goalscorer in their side, it will be difficult to catch up.

They have a few possible solutions to this. One of these is to adapt to a system which suits Lukaku better. He may have had a poor season, but a forward with over 300 career goals can clearly be an effective player when used correctly. Whether this system will be beneficial to the whole team is another matter.

Another is to simply buy a new striker who suits their current system better. Unfortunately, there seems to be a shortage of proven top-level strikers who could be available this summer.

Maybe their best option would be to upgrade on their existing set up, which relies on the goals being shared all over the pitch. Man City haven’t used an out-and-out striker for the last two seasons, and continue to score at a frightening rate. With the right players, this can be a very effective system.