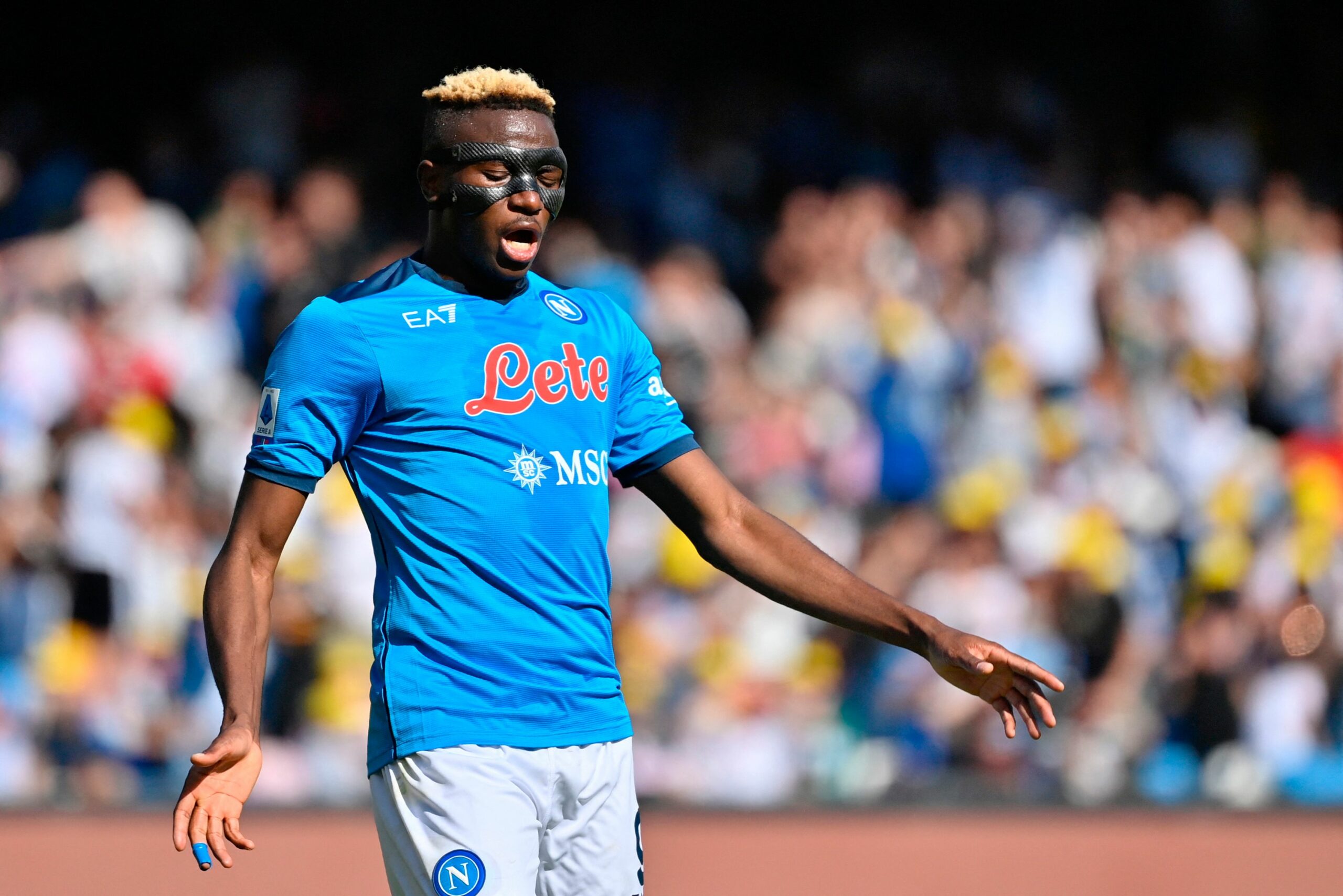 Napoli striker Victor Osimhen has been a subject of transfer interest from Premier League clubs following a productive 2021/22 season.

He has netted 17 goals and six assists in all competitions while helping the Partenopei secure a place in the Champions League next season.

Manchester United and Arsenal have been credited with an interest in Osimhen, while Newcastle United – who had a bid turned down by Napoli in January for the Nigerian – also remain in the hunt.

In addition, Ligue 1 giants Paris Saint-Germain are said to be ready to splash the cash on Osimhen, who is likely to cost more than £80 million.

However, the 23-year-old has now shrugged off the exit plans, insisting that he wants to win the Scudetto next season with the Partenopei while praising manager Luciano Spalletti for his impressive form.

Osimhen told Radio KKN (h/t Goal): “I have to thank Spalletti so much. He helped me a lot in my growth as a footballer from many points of view, and I have to thank him and his staff for helping me score all these goals. They helped me improve my movement.

“He always talks to me after training and trains me both with and without the ball. I know I’m dealing with a very high-level coach, really. It is a great honour and a real pleasure to be trained by him, and I hope to be able to work with him for many more years.

“We are more disappointed than [the fans] for not having [won the title]. We are, because we had the quality to win it. It was our dream to win it. Of course, our hope remains to win the title and for this, we will give everything next season to try again.”