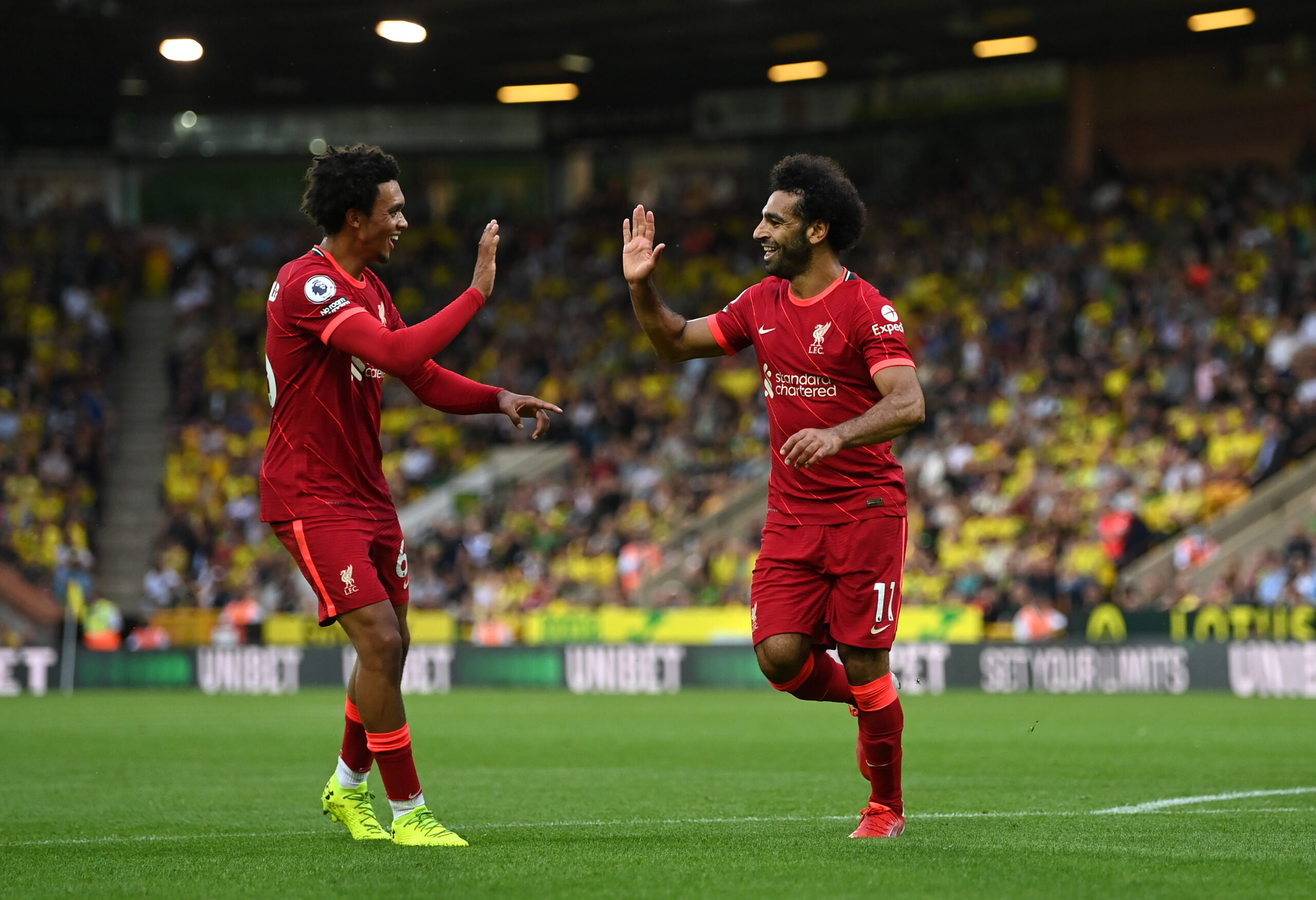 The shortlist for the Premier League Player of the Season award has been revealed.

The shortlist is compiled of eight players who have enjoyed impressive seasons in the Premier League. Title contenders Manchester City and Liverpool boast two candidates each, while Arsenal, Tottenham Hotspur and West Ham United also have one. The remaining player on the shortlist is the only nominee from outside the current top seven.

It is worth noting that this prize is separate from the PFA Player of the Year award. That honour is generally considered to be more prestigious.

There was no place on the shortlist for Manchester United superstar Cristiano Ronaldo. Meanwhile, compatriot and last year’s winner Ruben Dias also missed out. Liverpool duo Alisson and Virgil van Dijk were also among the biggest names to be snubbed.

The award is selected by a panel of football experts, all 20 Premier League captains, and a fan vote. Supporters have until May 16 to select their winner.

In recent years, Trent Alexander-Arnold has set new standards for the full-back position. The Englishman plays a key role in Jurgen Klopp’s side, often providing a large part of Liverpool’s creativity.

This season has been no exception. In 31 league appearances, the right-back has scored twice and registered 12 assists – a tally beaten by only one other player.

But it’s not just in attack where he contributes. Alexander-Arnold has also played a key role in Liverpool’s defensive solidity, helping the club to 18 clean sheets.

It’s been another fine year for West Ham, and Jarrod Bowen has been a massive part of it. The former Hull City man has always been a bright spark in the Hammers’ line up, but this year he has reached a new level.

Bowen is the east Londoners’ top scorer in the league this year, netting ten. Furthermore, he has also assisted ten goals, making him the joint-third best playmaker in the division, and one of only three players to register double figures for goals and assists this season.

Joao Cancelo has been asked to perform in an unfamiliar left-back role this season, and he has stepped up admirably. The Portuguese has often been one of Man City’s main men throughout the campaign.

With seven assists to his name, only Gabriel Jesus has set up more goals for the league leaders. Of these seven assists, four of them came in games against the current top six, including the winners in both fixtures against Chelsea.

Meanwhile, he scored a beauty in Man City’s 4-0 thumping of Newcastle United, and has contributed to 19 clean sheets.

He has already claimed this award once before in 2020, and Kevin De Bruyne is back to contest for the crown. Should he win it, he would become only the fourth player to scoop the gong on multiple occasions, after Thierry Henry, Cristiano Ronaldo, and Nemanja Vidic.

The 30-year-old is widely considered to be one of, if not the best midfielder in world football, and his displays this term certainly back up this claim. He has netted 15 goals this campaign, which is not only a career personal best, but is also the highest in Man City’s squad and the joint-fourth most in the league.

In addition, he has seven assists, and has stepped up in plenty of big matches. De Bruyne scored home and away against Liverpool, bagged the winner at home to Chelsea, and struck a brace against bitter rivals Manchester United.

Bukayo Saka has been a promising young talent for a while, and this year he seems to be reaching the level that we know he is capable of.

The England international has hit a career-high 11 league goals this campaign – almost double what he got in the previous two seasons combined. This includes finishes against Man City, Chelsea, Tottenham Hotspur, and Man Utd.

Along with this, he has recorded six assists, making him the second-best playmaker in Arsenal’s ranks behind Alexandre Lacazette.

Like De Bruyne, Mohamed Salah is also bidding to become the fourth player to win this award twice. And, right now, it seems like he will be the one to take home the prize.

At the time of writing, the Egyptian leads the league in both goals and assists, registering 22 and 13 respectively. You’d think this would be enough to effectively guarantee him the trophy, but this isn’t necessarily the case – Harry Kane also had the most goals and assists last season, but missed out.

Nonetheless, Salah is still the bookies’ favourite. What could cost him, however, is a dip in form following his return from the Africa Cup of Nations.

For years, Heung-min Son was considered an underrated component of Tottenham’s frontline. Recently, he has begun to get the recognition he deserves.

The winger has struck 21 league goals this season, putting him second in the Golden Boot race and surpassing his previous best of 17. Many of these goals have been key, netting home and away against Liverpool and Arsenal, and scoring the winner on the opening day against Man City.

On top of this, Son has assisted seven goals – only Harry Kane and Dejan Kulusevski have set up more in the Spurs side.

A surprise inclusion in the shortlist is Southampton’s James Ward-Prowse. The central midfielder is the least likely of the eight to be voted as Player of the Season.

But this doesn’t diminish the wonderful season that he’s had. Ward-Prowse has been the Saints’ best goalscorer and creator, scoring nine and assisting five.

What has impressed many is his threat from set pieces. The 27-year-old has found the net from four direct free kicks this campaign. This took him to 14 Premier League free kick goals – the second most in the league’s history behind David Beckham.