Grading Manchester United: How did the players, managers, transfers & results stack up? 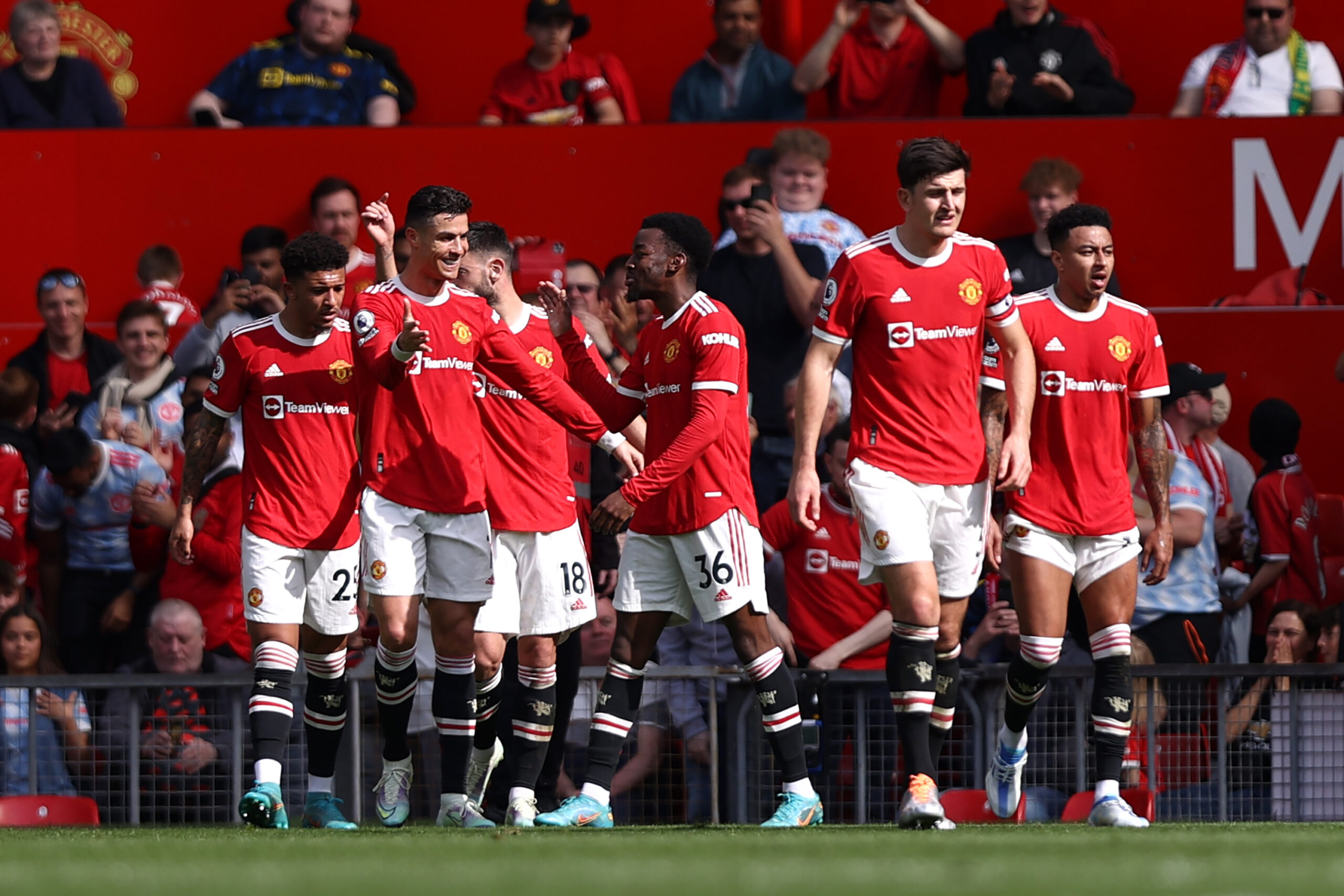 For the first time since the retirement of Sir Alex Ferguson, Manchester United seemed to be heading in the right direction. Many were excited for what was to come.

Did they fulfil these expectations? Are the glory days back at Old Trafford? Well…no, is the answer. In fact, they seem further than ever before.

Here are our grades for Manchester United’s season.

Going into the new season, many considered Man Utd’s squad to be one of the strongest in the Premier League. Off the back of a second place finish and adding three top-class players to their ranks, it was now believed that they had a squad capable of competing for the title.

In hindsight, those shouts look very silly. The majority of the side has underperformed, and it now seems like their squad needs major surgery if they are ever going to get back to the top.

What is most telling about this group of players at Man Utd is that there are very few, if any, that are liked by the majority of the fanbase.

Last month, Sky Sports ran a survey asking the fans who they would like to keep. In that survey, only Jadon Sancho, Bruno Fernandes, Anthony Elanga, David de Gea and Raphael Varane scored higher than 80% approval. Even then, there have been question marks over all of these players.

There is talent at Old Trafford – most of these players have proven themselves in the past. However, there is little denying that they have wildly underperformed this term.

Ole Gunnar Solskjaer was part of a long-term project at Old Trafford which was supposed to reach the next level this season. It’s safe to say that didn’t happen.

Aside from the opening day demolition of Leeds United, the Norwegian didn’t manage to get a whole lot out of his side. The results from the early weeks were good, but the performances needed to improve.

Then, once they hit a spell of tougher fixtures, they fell apart. The most damning examples of this came in the home clashes against Liverpool and Manchester City. Up against two teams that they were expected to be competing with, the Red Devils ultimately proved that they were miles behind their rivals.

Solskjaer was sacked following a damaging 4-1 defeat to newly-promoted Watford. After a brief spell in charge by former midfielder Michael Carrick, Ralf Rangnick took the reins on an interim basis.

Under the German, there hasn’t been a whole lot of improvement. From his 28 games in control, Man Utd have won just 11 games, with just one of these coming against a side in the top six. During this time, they have fallen away from the top four race, and been eliminated from the Champions League and FA Cup.

Rangnick still has an opportunity to somewhat redeem himself, as he will be moving into a consultancy role at the end of the season. But so far, he hasn’t been the answer to their problems.

As mentioned above, there is talent in this Man Utd side. And yet, the team looks more disjointed than ever. The men in charge have to take a lot of responsibility for this.

When looking back on their campaign, Utd fans will likely remember the bad results as opposed to the good ones. There have been several humiliating outings, with very few top performances in there.

They were thoroughly outplayed in their clashes with Man City and Liverpool, losing all four games by an aggregate score of 15-1. There is little shame losing to two of the best teams in Europe, but the manner of the defeats will have hurt.

But perhaps the lowest points of their season came in their trips to Watford and Brighton and Hove Albion. Both are in the bottom six for goals scored, and the former have been relegated. Man Utd conceded four in both games.

As for highs, there weren’t too many to celebrate. Two wins against Tottenham Hotspur and a promising 5-1 victory on the opening day against Leeds were probably their best moments.

The players who came into Old Trafford this summer were met with a lot of expectation. Jadon Sancho had been pursued by the Red Devils for a long time, Raphael Varane was one of the most decorated defenders in the world, and Cristiano Ronaldo is…well, Cristiano Ronaldo.

So far, Sancho has shown flashes of his best stuff, but still has a long way to go before justifying his transfer fee. Varane has underwhelmed to an extent, but is still regarded by many as their best defender.

As for Ronaldo, his place in the Man Utd side has been hotly debated all season. As an individual, he has performed well, hitting 24 in all competitions. However, there are some who believe he has not been a good fit for the team.

If we were judging solely on these three signings, we would give them a much more generous grade. But their biggest failure in the transfer market has been the business that they didn’t do.

It was glaringly obvious that Scott McTominay and Nemanja Matic wouldn’t be enough in defensive midfield over the full season, but they neglected this issue. They also could have done with some reinforcements in January, with Rangnick reportedly asking for new arrivals. However, this request was ignored. Had he been listened to, they may well have remained in the race for the top four.

Additionally, the decision to keep hold of Jesse Lingard was a bizarre one. They could have secured some money for him in the summer, but instead refused to sell him. One year, two goals and 548 minutes on the pitch later, the England international is set to leave on a free transfer. What was the point?

Paul Pogba is in a similar category to Lingard. The World Cup winner could have been sold last summer, but was kept in the hope that he could be a key player for them. In a more functional team, maybe he would have been, but now it looks like he will let his contract expire.

Dan James was sold to Leeds, while Donny van de Beek and Anthony Martial were loaned out in January. The first two were clearly surplus to requirements, but the Frenchman could have been useful in Edinson Cavani’s absence.

This season was supposed to be an exciting one for Man Utd. They were supposed to be challenging for the league title again, and were expected to put an end to their trophy drought, which has been going on since 2017.

Perhaps a title challenge was unreasonable. Man City and Liverpool have set such high standards that probably won’t be matched for a long time. But qualifying for the Champions League should have been the bare minimum expected of them.

Not only have they failed to deliver on any of these promises, they haven’t even come close. Their title hopes were over long ago, top four is now impossible, they’re about to set their lowest points total in the Premier League era, and only five sides have conceded more than them.

And in the cup competitions, they have also been well below par. The Red Devils were eliminated in the third round of the Carabao Cup at the hands of West Ham United, and were knocked out of the FA Cup in the fourth round by Championship club Middlesbrough on penalties.

In the Champions League, they finished top of their group, although they were reliant on late goals to get by. Then they faced Atletico Madrid in the round of 16 and were beaten 2-1 on aggregate, with the scoreline not reflecting Los Rojiblancos’ control over the tie.

On the whole, it’s been a nightmare season for Man Utd. They have disappointed in every single competition, and appear to be in a far worse state than they were 12 months ago.

It’s hard to find any positives to take from the campaign. Ronaldo’s return, maybe? That brought some excitement back to Old Trafford, but it faded fairly quickly.

The only thing you could say is that it could have been worse. At the very least, they will play European football next season, and will probably end up in the Europa League. But far more will be needed next year.

Well, where do we begin? If Man Utd want to get back to the top, they need a complete overhaul.

Realistically, they won’t reach the heights of the Ferguson days for a few years at least. It would be impossible to fix all their issues in one summer. So what can they do in the off-season?

Firstly, they’ve already agreed a deal with Ajax to bring Erik ten Hag to the club. It remains to be seen how he does, but the Dutchman is a very highly-rated, young manager who has an eye for the long-term. At this moment in time, he looks like a promising appointment.

As stated earlier, the Red Devils need to make a lot of changes in the transfer market. Getting all of their necessary business done in one window is unlikely, so they will have to do their business wisely. A defensive midfielder ought to be the number one priority, with a right-back, centre-back, and right winger also high up the list.

Furthermore, they have a lot of deadwood that needs clearing out. The likes of Nemanja Matic, Juan Mata, and Jesse Lingard have already confirmed their exits. This is a good start, but there are still plenty more players that they could get off the wage bill.

Finally, they need to find a way of getting the best out of their most talented assets. Players such as Bruno Fernandes, Marcus Rashford, Jadon Sancho and Raphael Varane have proven in the past that they can deliver far more than what we’ve seen from them. Why aren’t they performing? Ten Hag must look to fix this immediately.