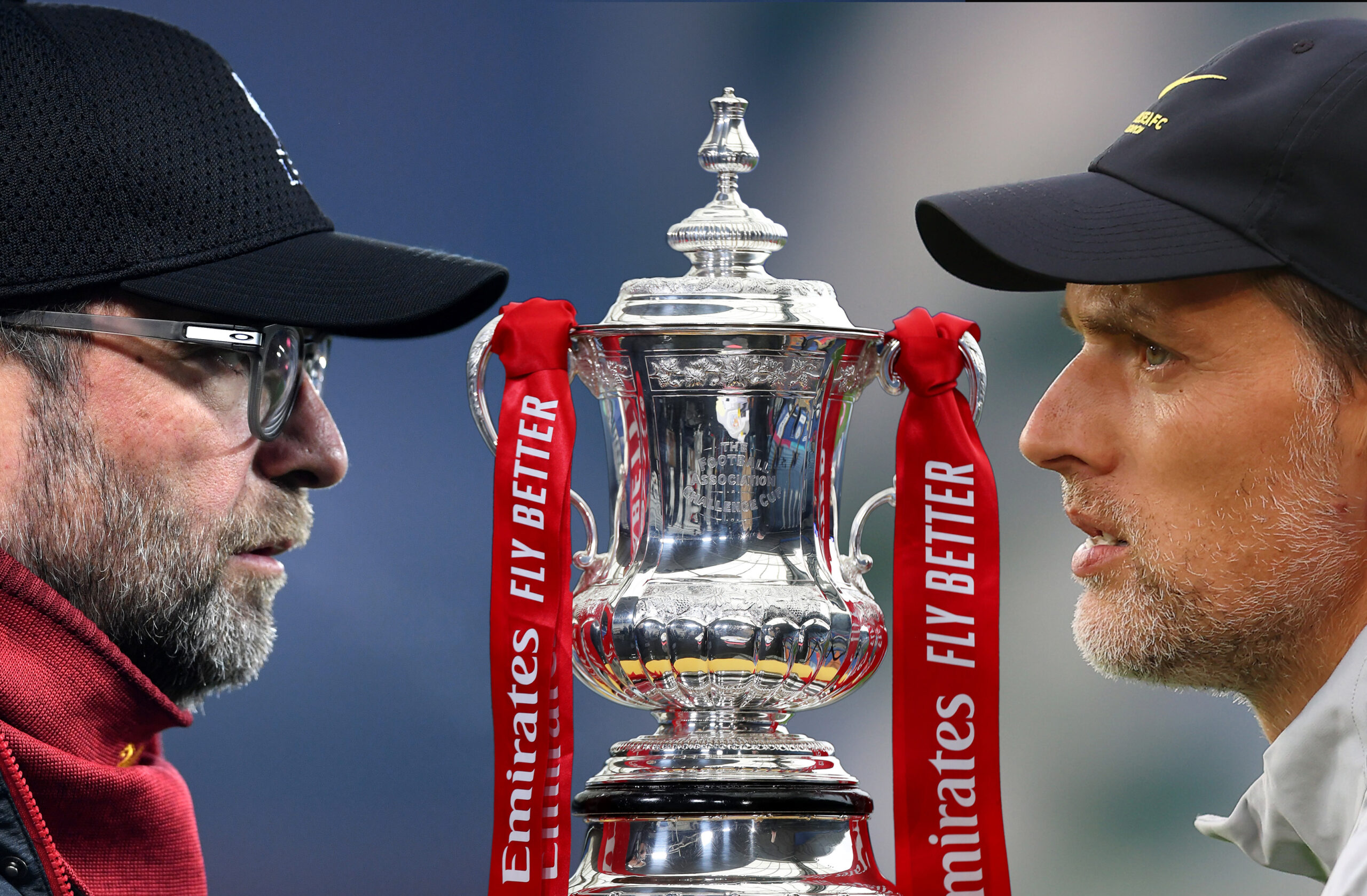 Wembley Stadium is the venue as Chelsea aim to avenge the EFL Cup defeat against Liverpool in the FA Cup final on Saturday.

Another victory would see the Reds equal the Blues’ tally of eight FA Cup trophies in what will be only the second time that the same sides have contested both English finals in the same season.

Chelsea came out 2-1 victors the last time they faced Liverpool in the FA Cup showpiece a decade ago and they will be keen to replicate that feat to avoid a trophyless season.

Thomas Tuchel’s men will have an added incentive to become the first English side to beat the Reds in 2022 (W21, D4) after coming agonisingly close to conquering the competition in the last two seasons.

After a pair of defeats to Arsenal and Leicester City, the Pensioners could become the first club since Newcastle United in 1998/99 to lose three consecutive FA Cup finals.

However, Jurgen Klopp will be eager to defy the saying ‘third time is the charm’ as he looks to win the only missing accolade among his impressive achievements at Anfield.

Liverpool have come as closest as any English side to securing a historic quadruple, and beating Chelsea at Wembley remains one of Klopp’s top priorities regardless of his side’s fierce title battle in the Premier League.

Moreover, it has been a while since the Merseysiders were last crowned the FA Cup champions, further adding to Klopp’s bid to prevail in the upcoming Wembley showpiece.

Liverpool last won the competition in 2005/06, courtesy of a 3-1 triumph over West Ham United, with this being only their second appearance in the final since.

Tuchel’s team strolled to a 3-0 win at relegation-battling Leeds United in midweek Premier League action to bolster their confidence ahead of the weekend’s final.

Despite collapsing on penalties in February’s EFL Cup final, the Blues fans will be glad to know that Chelsea have not lost any of their last four competitive meetings with Liverpool in regulation time (W1, D3).

Like his Liverpool counterpart Klopp, Tuchel could become the first German manager to win the FA Cup, yet his abysmal managerial H2H record against the Reds gaffer reads worryingly (W3, D5, L10).

Liverpool head into proceedings off the back of a come-from-behind 2-1 triumph at Aston Villa, which enabled them to stay within a three-point distance of Premier League pacesetters Manchester City.

Pep Guardiola’s team fell victim to the Reds’ stellar domestic form in the FA Cup semi-finals, as Sadio Mane and co eked out a 3-2 victory to reach their first showpiece appearance since 2011/12.

However, Liverpool’s overall record in the FA Cup finals is not particularly encouraging, with the Anfield outfit racking up just seven trophies from their 14 previous attempts.

Though Callum Hudson-Odoi and Ben Chilwell remain on the sidelines, Tuchel will welcome N’Golo Kante and Joringho back from injuries with his arms wide open.

As for Liverpool, Roberto Firmino’s return to the bench at Villa Park means Klopp has one injury concern less on his plate.

But Fabinho, who hobbled off with a hamstring problem against Villa, will be unavailable for selection and could even miss out on the upcoming Champions League final against Real Madrid, as claimed by The Athletic.

There has been nothing but a penalty shoot-out to separate Chelsea and Liverpool this season, so we would restrain from giving any predictions.

Like any other major final, this one should be fun to watch and we suggest you just kick back and enjoy.