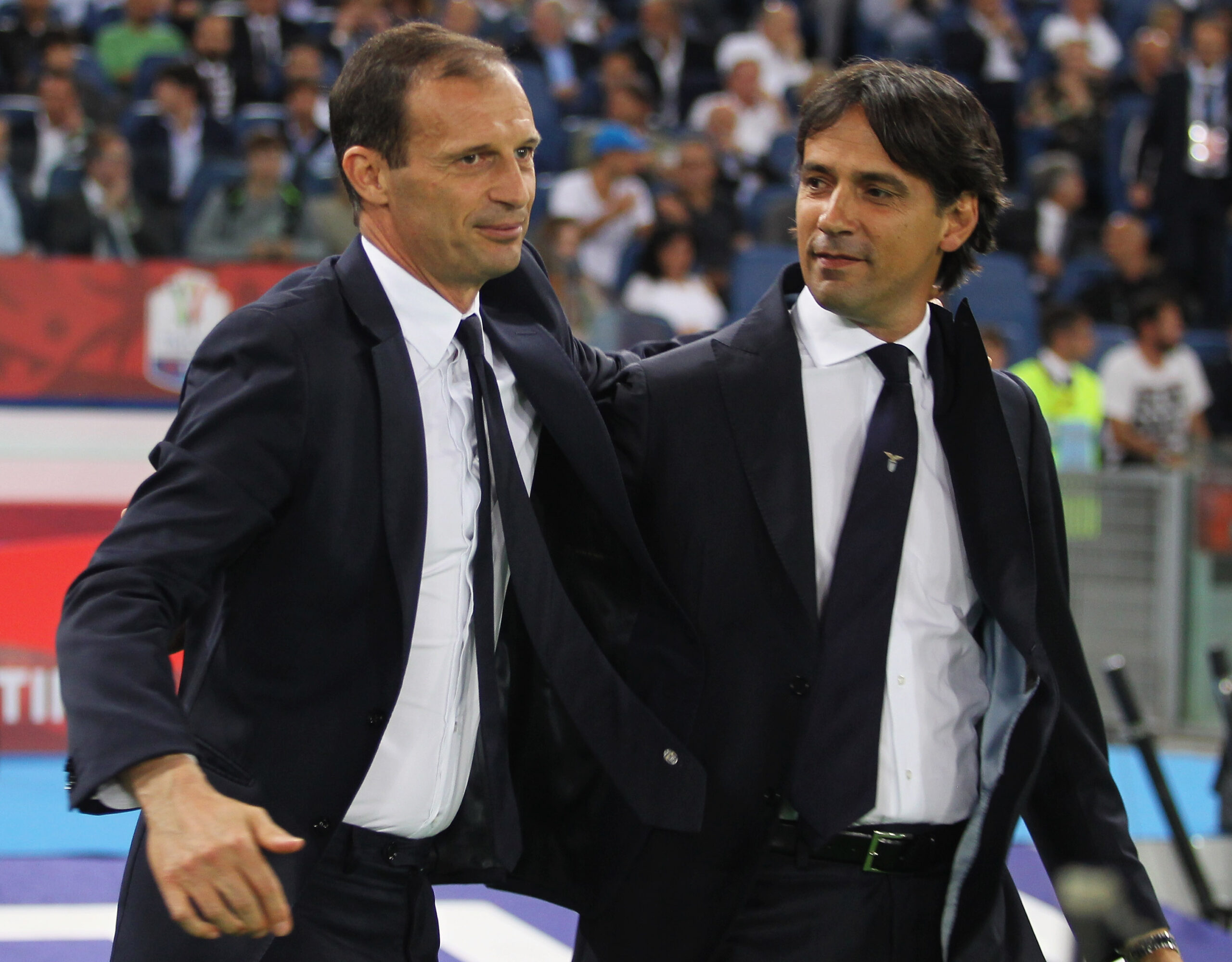 Stadio Olimpico forms the backdrop for the 259th edition of the famed Derby d’Italia as Juventus and Inter Milan go head-to-head in the Coppa Italia grand final.

Bragging rights are at stake as eternal rivals are ready to write the latest chapter of a long-standing rivalry saga spanning back to 1909.

It has been a while since the two Serie A heavyweights locked horns in a Coppa Italia showpiece, with Juventus coming out 1-0 winners in their most recent such match-up back in 1965.

Replicating that feat and maintaining their 100% win ratio against Inter in the Coppa Italia finals could be the only saving grace for the record-time Italian champions.

Massimiliano Allegri’s men have experienced a thoroughly underwhelming domestic season and may have to settle for another lacklustre fourth-place finish.

Per JuveFC, Allegri could face an early farewell in case of another upset in the final, which will make the Bianconeri particularly keen to fly out of the traps at Olimpico.

Unlike Juventus, Inter are still battling it out for the Scudetto, though AC Milan boast a two-point lead heading into the penultimate matchday of the season.

Despite the distraction of the title race in Serie A, Simone Inzaghi’s men could have a mental edge over the Bianconeri after beating them in the Supercoppa Italiana showpiece in January.

Juventus have lost two of their three meetings with Inter in all competitions thus far this term, except for a 1-1 draw at Giuseppe Meazza in October.

However, Juve will turn to their extensive Coppa Italia experience for inspiration. They have reached the competition-most 21 grand finals – including this one – and lifted more trophies (14) than any other side.

Indeed, this will be Juventus’ seventh appearance in the Coppa Italia showpiece in the last eight years, with five of their six previous attempts to land the title ending successfully.

Inter have strolled to their first Coppa Italia final since the triumphant 2010/11 campaign, overcoming arch-rivals Milan in the semi-finals 3-0 on aggregate.

Inzaghi’s men will show up in a confident mood after coming from a 2-0 down to beat Empoli 4-2 last time out and extend their winning Serie A streak to two matches.

That should lift the spirits amongst the Nerazzurri support, who could witness their side beat Juventus three times on the trot during a single season for the first time in the club’s history.

Juventus will be without long-term absentees Federico Chiesa, Kaio Jorge and Weston McKennie, while Mattia de Sciglio is unavailable for selection due to accumulated yellow cards.

Allegri is still sweating over Luca Pellegrini and Danilo, who are facing a race against time to make the Wednesday cut.

As for Inter, Inzaghi cannot call upon the services of his defensive stalwart Alessandro Bastoni but will have an otherwise fully-fit squad at his disposal.

Juventus would normally have the edge over any domestic opponent in these high-octane moments, but Inter have shown this season that it is no longer the case.

The Nerazzurri have the momentum on their side and we back them to inflict more pain on Allegri’s abysmal second spell in charge.