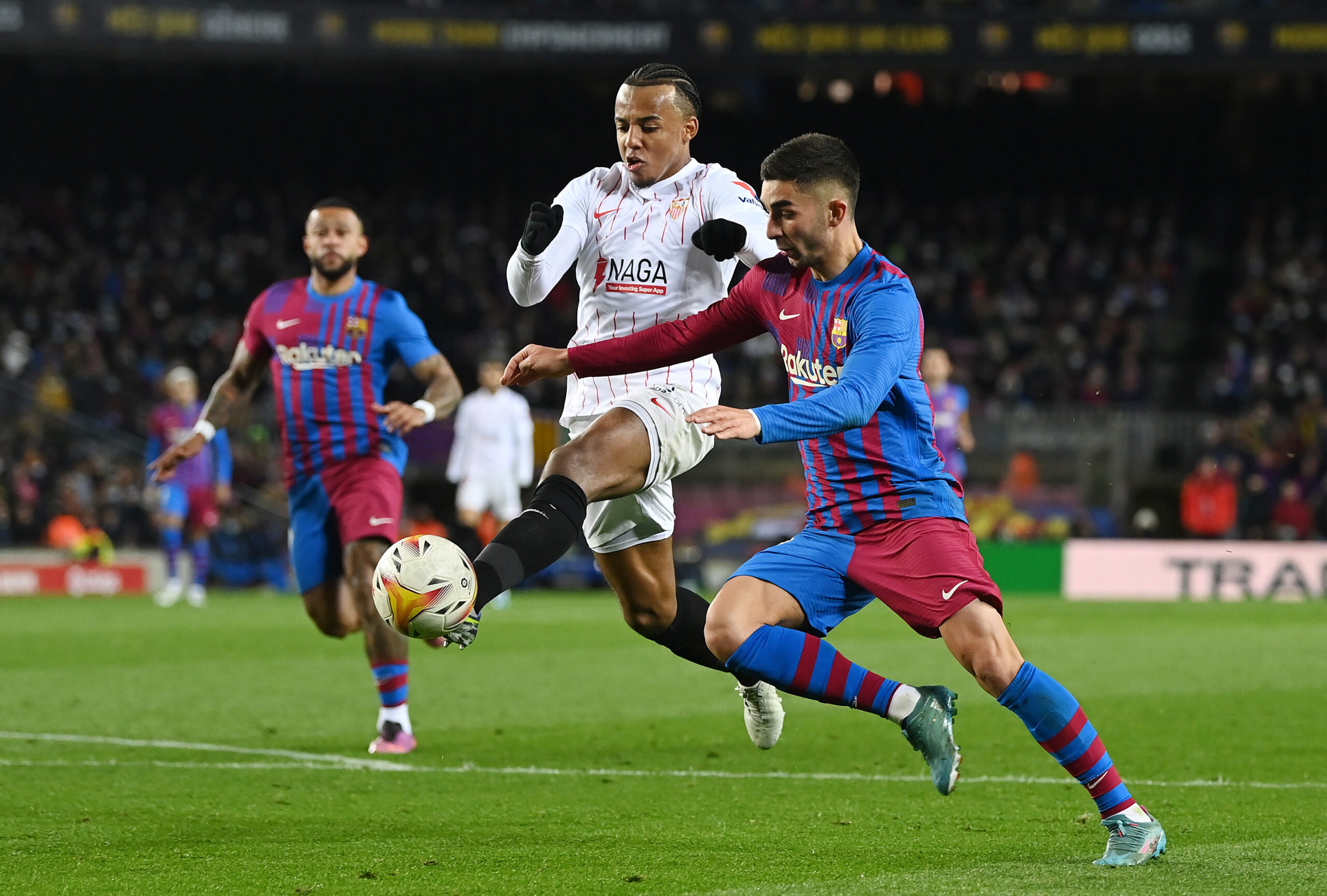 Barcelona have reignited their desire to sign Sevilla defender Jules Kounde, according to Spanish outlet DiarioAS.

Despite having already secured a free transfer for Chelsea’s Andreas Christensen as well as tying down Ronaldo Araujo to a new contract, Barca are still keen to add a new centre-back to their ranks.

It is believed that the Catalans have concerns over the fitness of Gerard Pique which is why they are looking to shore up further at the back.

A three-man shortlist consisting of Alessio Romagnoli, Kalidou Koulibaly and Kounde has reportedly been drawn up ahead of the start of the upcoming window which opens on July 1.

This is not the first time that the Blaugrana have been credited with an interest in Kounde, who has also been linked with Real Madrid in the past.

However, Barcelona are unlikely to cough up Kounde’s mammoth release clause of €90 million meaning that a cut-price agreement would have to be reached with Sevilla over any potential move.

The Frenchman still has two years left on his current deal at the Ramon Sanchez Pizjuan stadium but has reportedly informed Sevilla that he wants to leave the club after spending the last three years with the Andalusians.

Amid a host of defensive departures expected at Stamford Bridge with Antonio Rudiger set to follow Christensen out the door, Chelsea remain huge admirers of Kounde having tried to lure him to London in 2021.

While his salary demands are quite affordable, the 23-year-old would cost Barcelona a significantly higher fee compared to Romagnoli and Koulibaly, so the La Liga giants could be better off looking elsewhere in their search for a new defender.