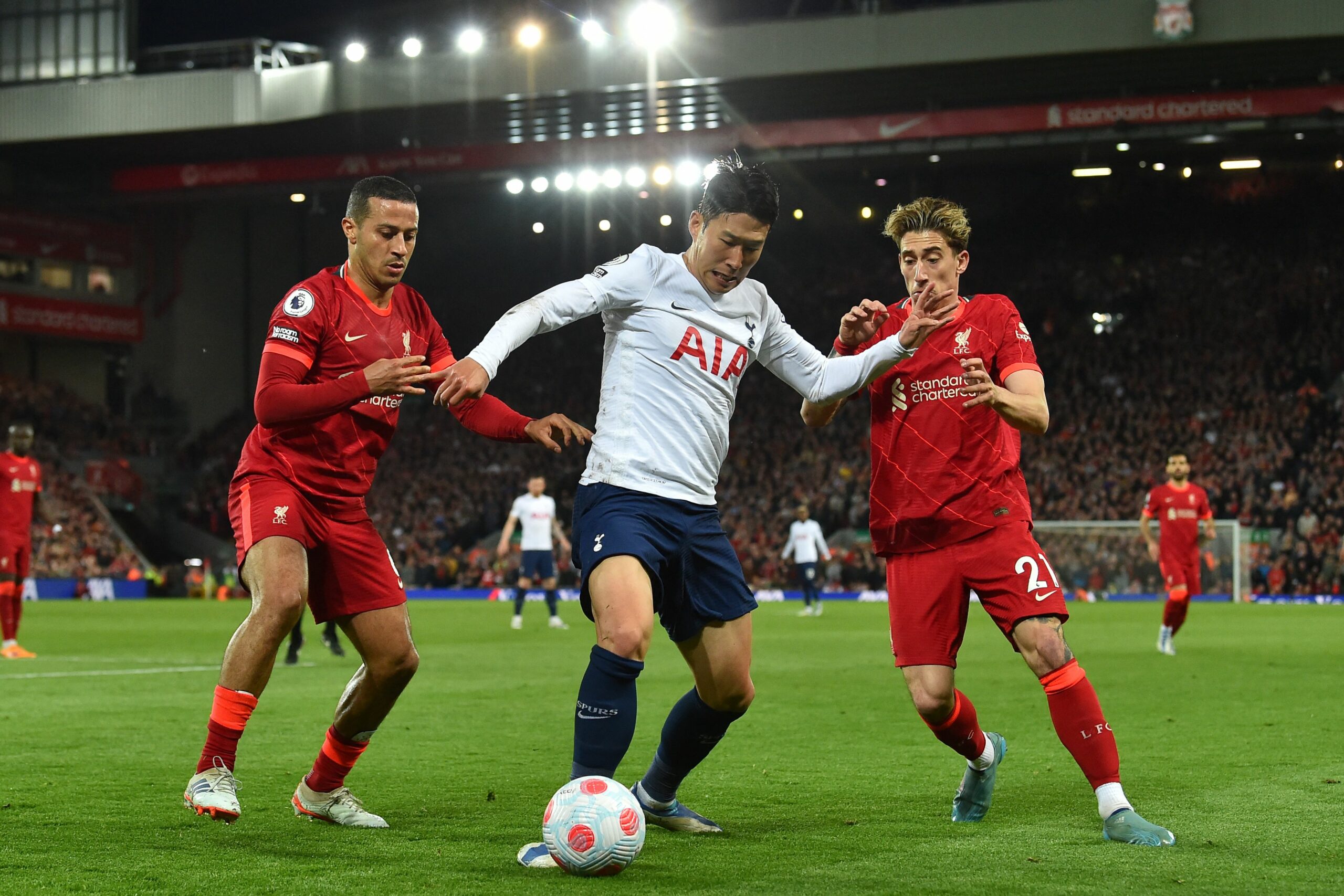 Liverpool failed to win at Anfield in the Premier League for the first time since October, being held to a 1-1 draw by Tottenham Hotspur.

It was a fairly uneventful first half, with the defences going into the break on top. The home side applied some pressure – and came close when Virgil van Dijk headed onto the crossbar from a corner – but were unable to make the breakthrough.

Meanwhile, Spurs showed some threat on the counter attack, but couldn’t create a clear cut chance. Although they did also strike the woodwork, with Pierre-Emile Hojbjerg hitting the post from distance.

The deadlock was broken early in the second half, and it was the visitors who got themselves ahead. Harry Kane fed Ryan Sessegnon, and the former Fulham man rolled a low cross for Heung-min Son to grab his 20th league goal of the season.

The Tottenham backline came under immense pressure after that, but managed to hold firm for the most part. However, they were undone by a huge slice of luck to draw the scores level.

January signing Luis Diaz cut inside from the left and hit a shot towards goal. It was heading for the arms of Hugo Lloris, but a deflection off Rodrigo Bentancur took it into the bottom corner.

Not content with a point, Liverpool pressed for a winner. However, they were unable to find a way through again, and almost lost it late on. Hojbjerg found himself free at the back post from Harry Winks’ cross, but squandered the opportunity when he tried to square for Kane when perhaps he would have been better off going himself.

The draw takes Liverpool back to the top of the table, although Manchester City will jump back above them should they avoid defeat against Newcastle United tomorrow. As for Tottenham, they closed the gap on top four to just one point, but could lose touching distance with Arsenal if the Gunners win tomorrow against Leeds United.

Alisson (6/10) – Hardly ever called upon. Could do nothing about the goal.

Trent Alexander-Arnold (6/10) – Put in some good crosses and kept Son relatively quiet. Let Kane get away from him too easily in the build up to the goal.

Ibrahima Konate (7/10) – Coped with the threat of Kane well and won most of his duels.

Virgil van Dijk (7/10) – Didn’t let much past him. Could have given Liverpool the lead in the first half with a header that struck the bar.

Jordan Henderson (6/10) – Put himself about and made one important block in the first half to deny Kane. Substituted as Liverpool chased an equaliser.

Fabinho (5/10) – Could have done far more to stop Kane for the goal. Committed a few fouls which he was eventually booked for.

Thiago (7/10) – Was the standout in midfield with some lovely touches. Sometimes overcomplicated things.

Mohamed Salah (5/10) – Got into some good areas, but end product was poor.

Luis Diaz (7/10) – Always looked like the most likely to do something for Liverpool. Got a rather fortunate equaliser.

Hugo Lloris (7/10) – Didn’t make any saves you wouldn’t expect him to make. Claimed a number of crosses to give his side some respite. Had no chance with the goal.

Emerson Royal (7/10) – A much improved performance defensively from the Brazilian. Got into some promising areas, but was wasteful with his crossing.

Cristian Romero (8/10) – Came under a lot of pressure but had an answer for everything thrown at him. Had a few nervy moments on the ball.

Ben Davies (8/10) – Much like Romero and Dier, didn’t allow the pressure to get to him. Made one stunning block to keep Salah’s effort away.

Ryan Sessegnon (8/10) *MOTM* – Played his part at both ends of the pitch. Came up against the best right-hand side in the world and was more than a match for them. Assisted the opener.

Rodrigo Bentancur (5/10) – Really struggled in midfield with a number of misplaced passes. Unlucky with the deflection for the equaliser.

Pierre-Emile Hojbjerg (6/10) – Ran around a lot and made some tackles. Wasted a glorious chance to nick a winner late on.

Dejan Kulusevski (5/10) – Kept very quiet by Robertson. Had a few nice touches but nowhere near his best.

Harry Kane (6/10) – Linked up reasonably well and put in some excellent work for the goal. However, he often came off second best in his battles with Van Dijk and Konate, and never really looked like scoring.

Heung-min Son (6/10) – Got on the scoresheet, leaving him just two behind in the Golden Boot race. Not too influential otherwise.