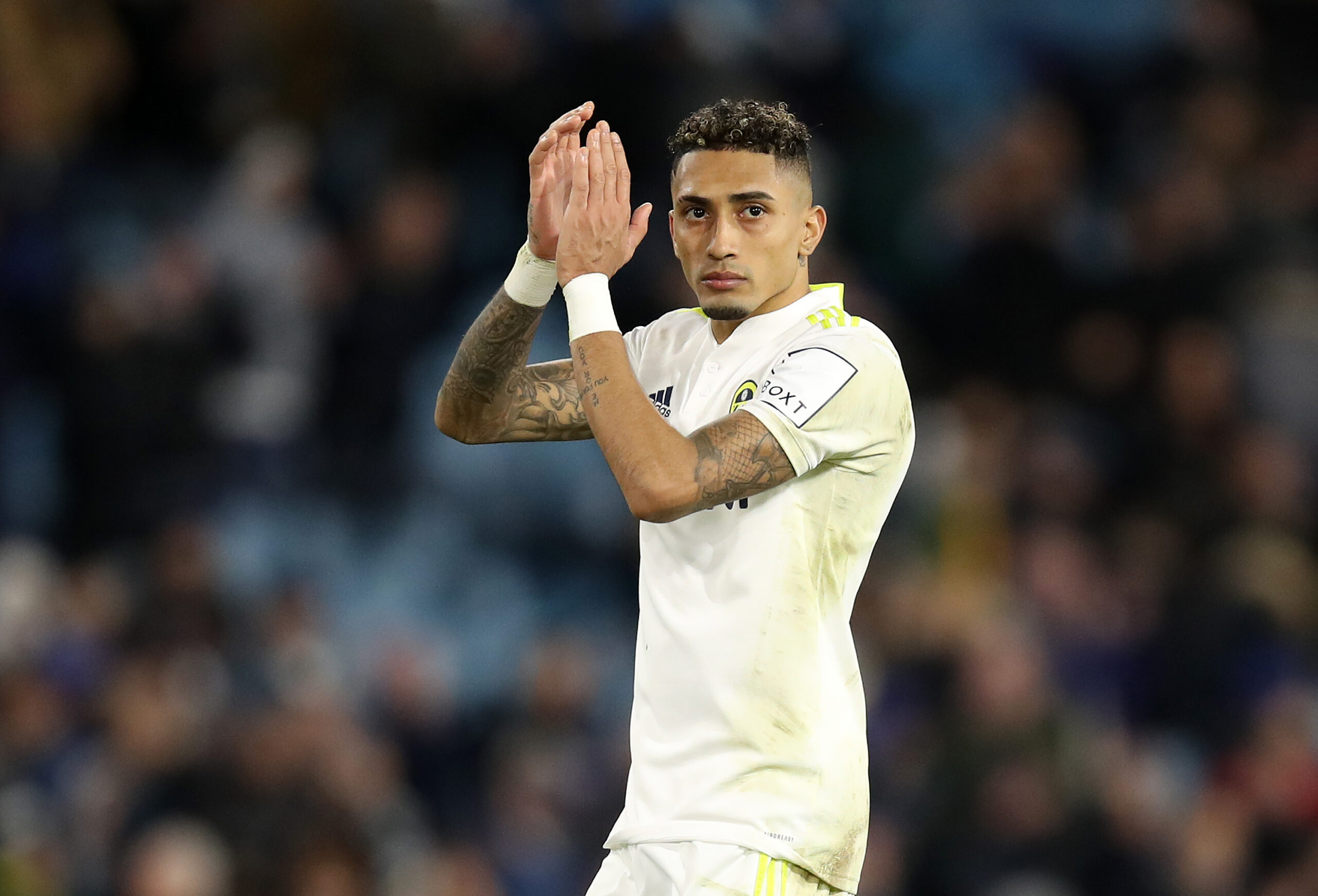 West Ham United have entered the fray to acquire the services of Leeds United Raphinha, per a report by Spanish outlet SPORT.

The Brazilian is also a target for La Liga giants Barcelona with Ousmane Dembele facing an uncertain future with the Catalans, while Xavi’s men are unwilling to permanently sign the on-loan Adama Traore.

While it is believed that Raphinha would favour a move to Camp Nou, West Ham have initiated contact with him over a possible move this summer.

West Ham winger Jarrod Bowen has been linked with a move to Serie A giants AC Milan and Raphinha would be a suitable replacement for the 25-year-old.

Having racked up 10 goals and 3 assists in 31 Premier League outings this term, Raphinha has been a standout performer for Jesse Marsch’s men in an otherwise turbulent campaign.

With just four games left to play, The Peacocks are currently embroiled in a relegation scrap as they sit just two points clear of Everton in 18th place albeit having played a game more than the Toffees.

Raphinha is under contract at Elland Road till 2024 but the ex-Sporting Lisbon man is widely expected to leave Yorkshire in the upcoming transfer window irrespective of whether Leeds stay up or not.

A move to West Ham United would make a lot of sense for Raphinha with the East Londoners now slowly but steadily establishing themselves as a regular in European football.

Despite last night’s Europa League exit to Eintracht Frankfurt, West Ham are on course to play continental football next year with the Hammers sitting seventh in the Premier League table at the moment.

This is remarkable for a club that finished 16th in the 2019/20 season under the tutelage of current manager David Moyes, who is on the verge of steering his side to consecutive top-seven finishes.