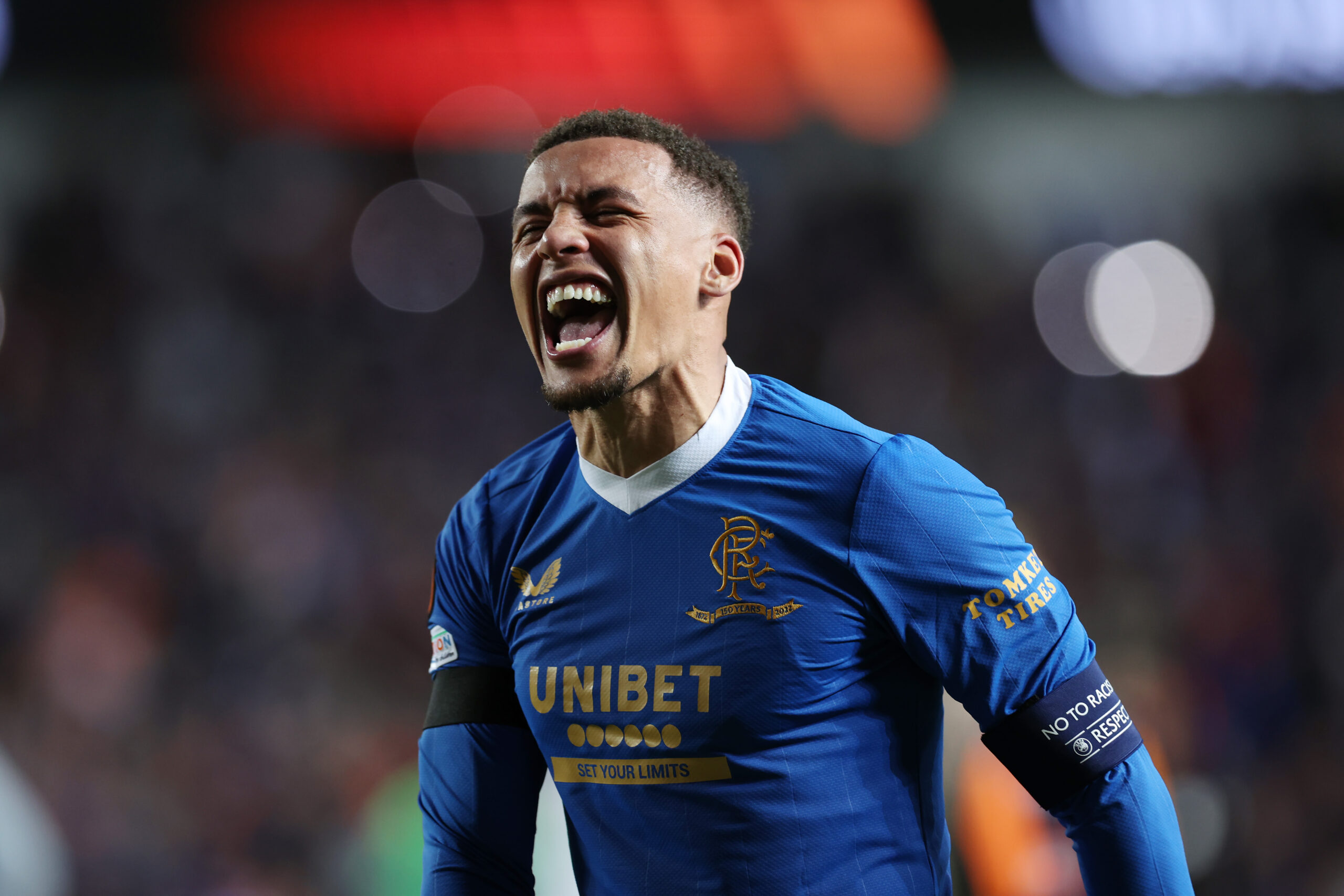 Ibrox Stadium witnessed another memorable European night as Rangers fought back to crash RB Leipzig out of the Europa League semi-finals.

Trailing 1-0 from the first leg in Germany, Giovanni van Bronckhorst’s men welcomed the return leg as outsiders to reach a long-awaited European final at the expense of one of Europe’s high-flying outfits.

Van Bronckhorst called the fans to ‘make sure Leipzig to feel the noise’ (via The Sun), and the Glasgow supporters answered his prayers in a unique way.

A fever-pitch atmosphere at Ibrox proved too much for Leipzig as a rampaging Rangers side sealed a scintillating 3-1 win to progress to Ramon Sanchez Pizjuan as 3-2 aggregate victors.

Kamara struck home from mid-range after picking up a pass from Scott Wright to fire the Gers 2-0 up at half-time.

Despite failing to gain a foothold in the tie in the opening hour of play, Leipzig responded in the 71st minute through their headline performer Cristopher Nkunku.

Angelino curled the ball into the box from the left-hand side, with the free-scoring Frenchman turning it past Allan McGregor to bring the Germans back into the contest.

Leipzig’s celebrations were short-lived as former Sheffield United midfielder John Lundstram found himself first to the rebound inside the visitors’ penalty area to send Ibrox into rupture in the 81st minute.

It has been 14 years since Rangers last featured in a major European final, but the Gers’ agonisingly long wait for a shot at continental silverware finally came to a halt.

Van Bronckhorst’s men have enjoyed an epic European journey this season, as it has taken them 18 fixtures to qualify for the Seville showpiece later this month.

Rangers will encounter Eintracht Frankfurt in the grand final.

The Germans sailed past West Ham United in the other semi-final.