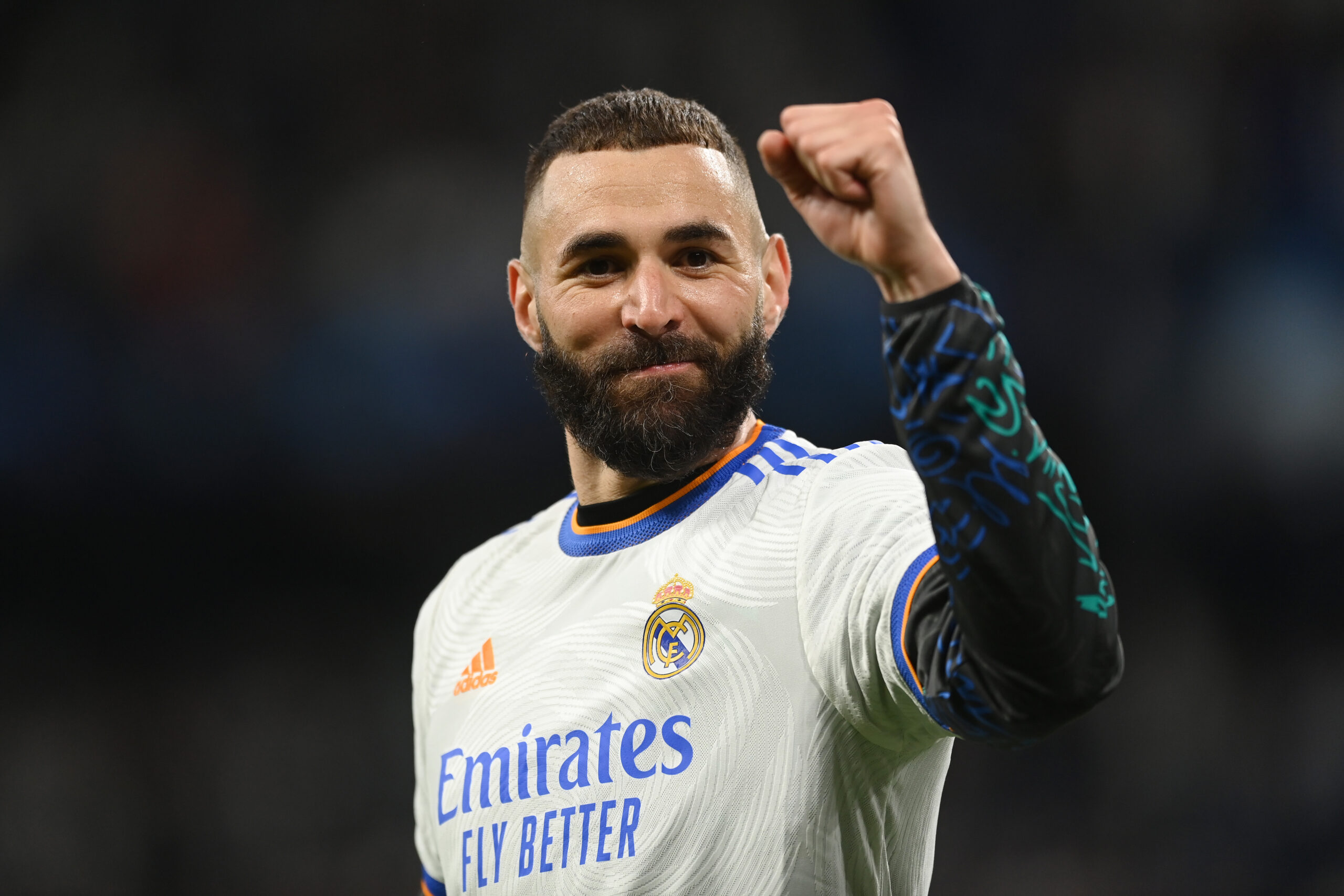 Over the last 14 years, the Ballon d’Or winners list has effectively been a battle of two men. Lionel Messi has claimed the prize a record seven times, with Cristiano Ronaldo just behind him with five.

Meanwhile, Luka Modric was the only one to break their era of dominance, winning the award in 2018.

However, the Messi-Ronaldo era is quickly approaching its end, and this has left the Ballon d’Or race wide open.

This year’s edition of the award will see one major change. Instead of being based on the calendar year, it is now determined by the season. It is set to be awarded in October, meaning the World Cup will not have an impact.

With the club season almost done, and no international tournaments to come in the summer, players have little time left to make their bid for the prize. The Champions League final is looking like it could be the decisive factor.

Here are the main candidates for the 2022 Ballon d’Or.

At the time of writing, Karim Benzema is the bookies’ favourite for the Ballon d’Or. And, to be fair, it’s not difficult to see why.

The Frenchman has enjoyed his best-ever goalscoring season. He has hit 43 goals in all competitions in as many outings, making him the top scorer in La Liga and the Champions League. For comparison, his previous personal best was 32 in 2011/12.

On top of this, he has also assisted 13 goals. His 56 direct goal contributions are the most of any player in Europe’s top five leagues, two ahead of Robert Lewandowski and Kylian Mbappe.

It’s his performances in Europe that make the 34-year-old the leading candidate for the honour. In the knockout stages of the Champions League, he has been sensational.

He bagged back-to-back hat-tricks against Paris Saint-Germain and Chelsea in the round of 16 and quarter-finals, then scored three across two legs against Manchester City to take Real Madrid to the final.

If he can score one more, he will set the record for most knockout goals in a single season, currently held by Ronaldo.

Earlier on in the season, Mohamed Salah emerged as an early favourite for the Ballon d’Or. He began the season in explosive form, scoring or assisting in 21 of his first 23 appearances.

Since then, he has slowed down somewhat, but the Egyptian has still produced some incredible displays. As things stand, he is on course to become only the third player in Premier League history to end the season with the most goals AND the most assists, after Andy Cole (1993/94), Jimmy-Floyd Hasselbaink (1998/99), and Harry Kane (2020/21). This makes him the standout contender for the PFA Player of the Year award.

Liverpool booked their place in May’s Champions League final earlier this week, seeing off Villarreal 5-2 on aggregate. Nine of the last 14 Ballon d’Or awards have gone to a Champions League winner.

Given that Salah has been the Reds’ best player for much of this campaign, he would likely take precedence if they get their hands on the trophy.

Salah isn’t the only Liverpool player in the running. Teammate Sadio Mane has also come into the spotlight recently following a highly successful 2022.

As an individual, the former Southampton man has enjoyed another great year. He has 24 goals in all competitions, as well as five assists.

Although, Mane’s claim to the Ballon d’Or is mainly down to trophies. Liverpool are still in the hunt for an unprecedented quadruple – they won the Carabao Cup in February, sit just one point behind Manchester City in the Premier League, and have finals in the Champions League and FA Cup to come.

Additionally, Mane was a key part of the Senegal side that triumphed at the Africa Cup of Nations, winning Player of the Tournament. This arguably gives him the edge over Salah.

If Madrid win the Champions League, Benzema will get the Ballon d’Or – there’s little doubt there. If not, it could go to any of these three candidates.

Robert Lewandowski – It feels a bit harsh that Lewandowski doesn’t already have a Ballon d’Or to his name. The Poland international was the leading candidate for the award in 2020 before its cancellation, and many felt he was the rightful winner in 2021 ahead of Lionel Messi.

He has once again been a prolific goalscorer, netting 49 goals in all competitions. What will cost him, however, is Bayern Munich’s quarter-final exit in the Champions League at the hands of underdogs Villarreal.

Kylian Mbappe – Mbappe is another who will miss out on the prize largely down to his team’s failures in Europe. He was one of the favourites early on, but his chances were decimated by Paris Saint-Germain’s elimination in the round of 16.

As an individual, the young Frenchman cannot be faulted. He has a total of 35 goals and 19 assists, including strikes in both legs against Madrid.

Kevin De Bruyne – Up until last night, De Bruyne was very much in the race for the Ballon d’Or. Had Manchester City won their first-ever European title, the Belgian would have been one of the favourites.

However, their collapse at the Bernabeu leaves him almost certainly out of the running. Nonetheless, with 15 goals, nine assists and a possible Premier League title on the way, it has been another fantastic year for the midfielder.