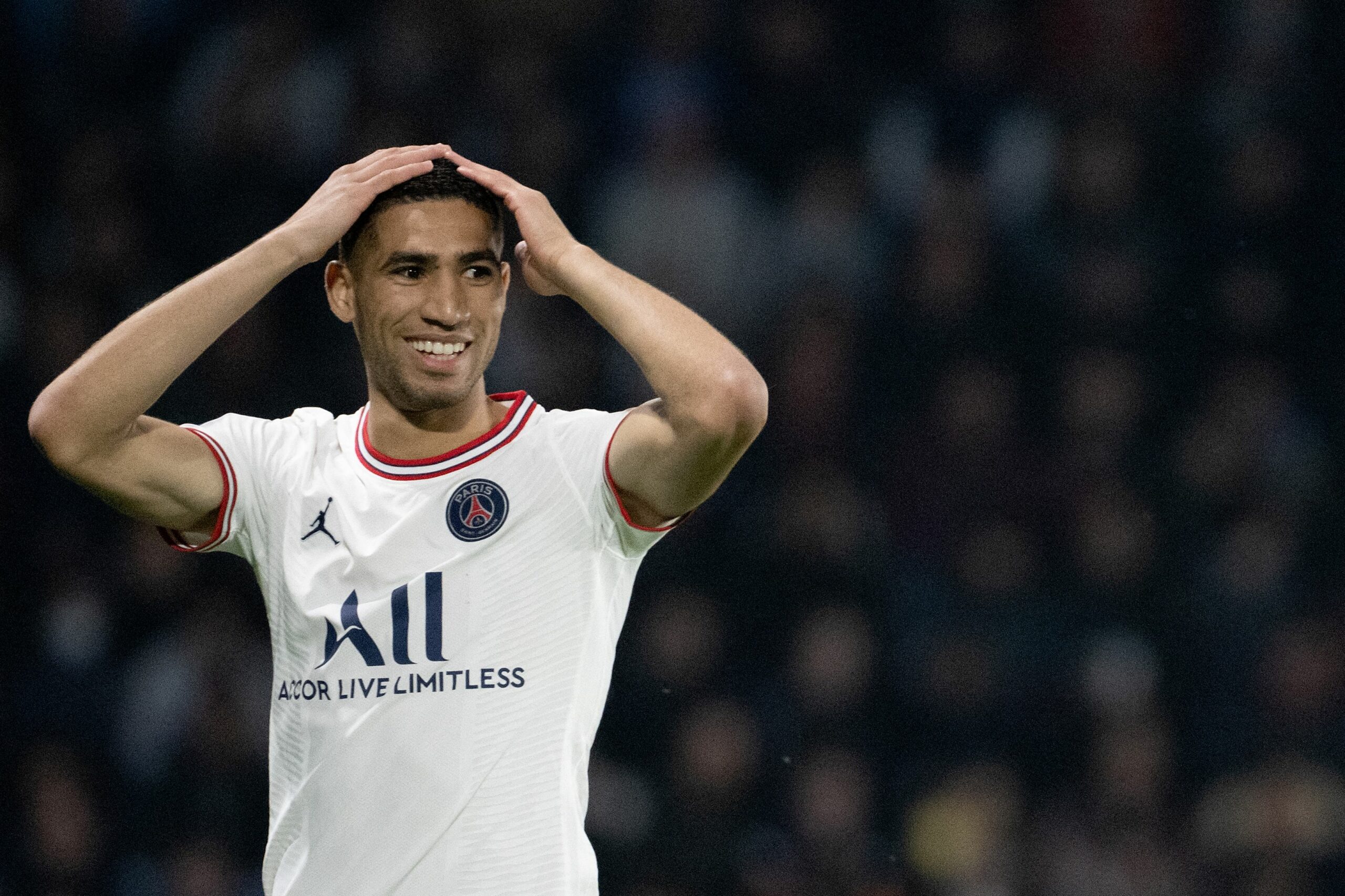 The Moroccan right-back sealed a sensational big-money move to the French capital last summer after an impressive 2020/21 season with Inter Milan, leading them to the Serie A title.

However, his debut season in Ligue 1 has been marred by PSG’s crushing exit in the Champions League round of 16 against his former club Real Madrid.

Despite not being at his best – which can be attributed to PSG’s overall struggles, Hakimi has managed four goals and six assists this season, helping his side clinch the Ligue 1 title.

PSG’s lacklustre campaign has seen many players linked with an exit in the summer, including the 23-year-old.

Camano has now shrugged off the rumours, stating that his client is happy at Parc des Princes and wants to succeed here.

Hakimi’s teammate and best friend Kylian Mbappe has been heavily linked with a move away from the Capital club this summer, with Real Madrid keen on his signature.

The French World Cup winner’s contract expires this summer, and he continues to remain coy over his future.

Les Parisiens are trying their best to tie arguably their best player to a new deal, though their continuous failure in the European competition would be a stumbling block.