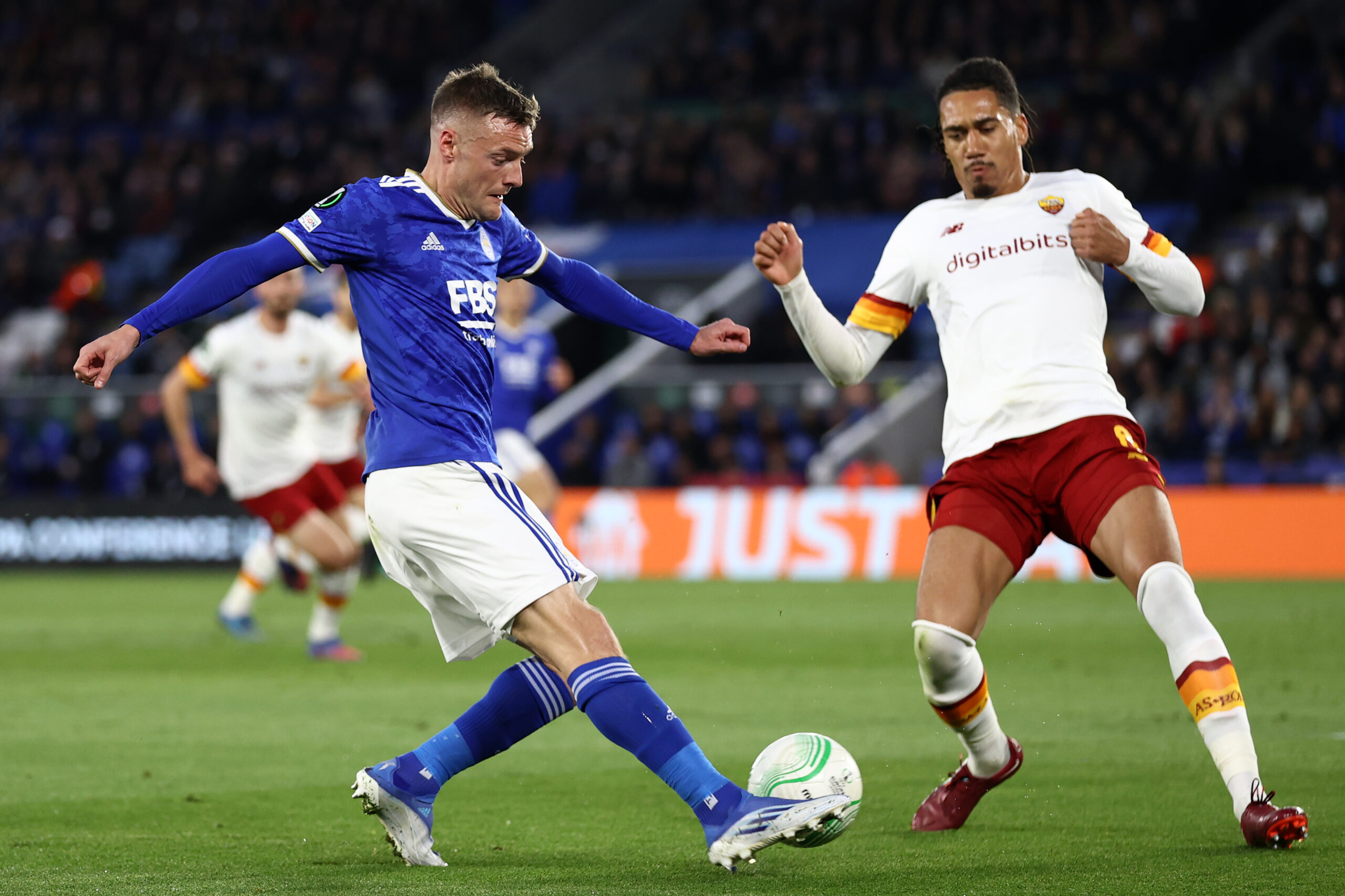 All is to play for between Roma and Leicester City in the decisive second leg of their Europa Conference League semi-final tie following a 1-1 draw in the East Midlands.

The spoils were shared at the King Power Stadium last time out as Lorenzo Pellegrini fired the Giallorossi to a narrow half-time lead before Gianluca Mancini’s own goal brought the tie back to square one.

Jose Mourinho and Brendan Rodgers fielded understrength line-ups in their respective domestic fixtures at the weekend, leading to underwhelming results for both sides.

Leicester suffered a morale-crushing 3-1 reverse at Tottenham Hotspur, while Roma could only manage a lacklustre ‘nil-nil’ home draw against mid-table Serie A outfit Bologna.

Mourinho and Rodgers have a previous relationship as the ‘Special One’ interrupted the Northern Irishman’s post-game conference last week to thank him for gifting him his ‘favourite Portuguese wine.’

“He brought me the best bottle of Portuguese wine,” Mourinho said, as relayed by Sky Sports Premier League.

“He is crying because it is really expensive! But he wanted to give me my favourite bottle of Portuguese wine, and it’s very difficult to find.

However, the two will have to put their friendship aside at the Stadio Olimpico, with a place in the inaugural Europa Conference League final up for grabs.

These are not the best of times for Roma, who head into proceedings having gone winless in their last four competitive matches (D3, L1), all of which saw them score one goal or fewer.

Lifting the Europa Conference League crown could be the only saving grace for Leicester, who have experienced a thoroughly disappointing domestic season.

A run of five competitive games without a single win (D3, L2) in the build-up to this trip cannot encourage the travelling supporters, neither can Leicester’s dismal return of one win from seven away matches (D2, L4).

The Foxes will have to rise above their sub-par away record in UEFA competition to reach the Albanian final, having won just six of their 19 European fixtures on hostile soil (D3, L10).

Roma will be without Armenian forward Henrikh Mkhitaryan through a muscle injury, though Mourinho will have an otherwise fully-fit squad at his disposal.

Ryan Bertrand and Wilfred Ndidi are still in the treatment room recovering from injuries, while Leicester are still sweating over the fitness of Kiernan Dewsbury-Hall and James Maddison.

Mourinho’s experience in these kind of fixtures could make a world of difference as Roma bid to secure their first-ever European final.

The Italians have been relentless at the Stadio Olimpico this season, while Leicester’s abysmal run of form has taken the wind out of their sails.

We back the Giallorossi to edge the Midlanders out and book their tickets to Tirana.