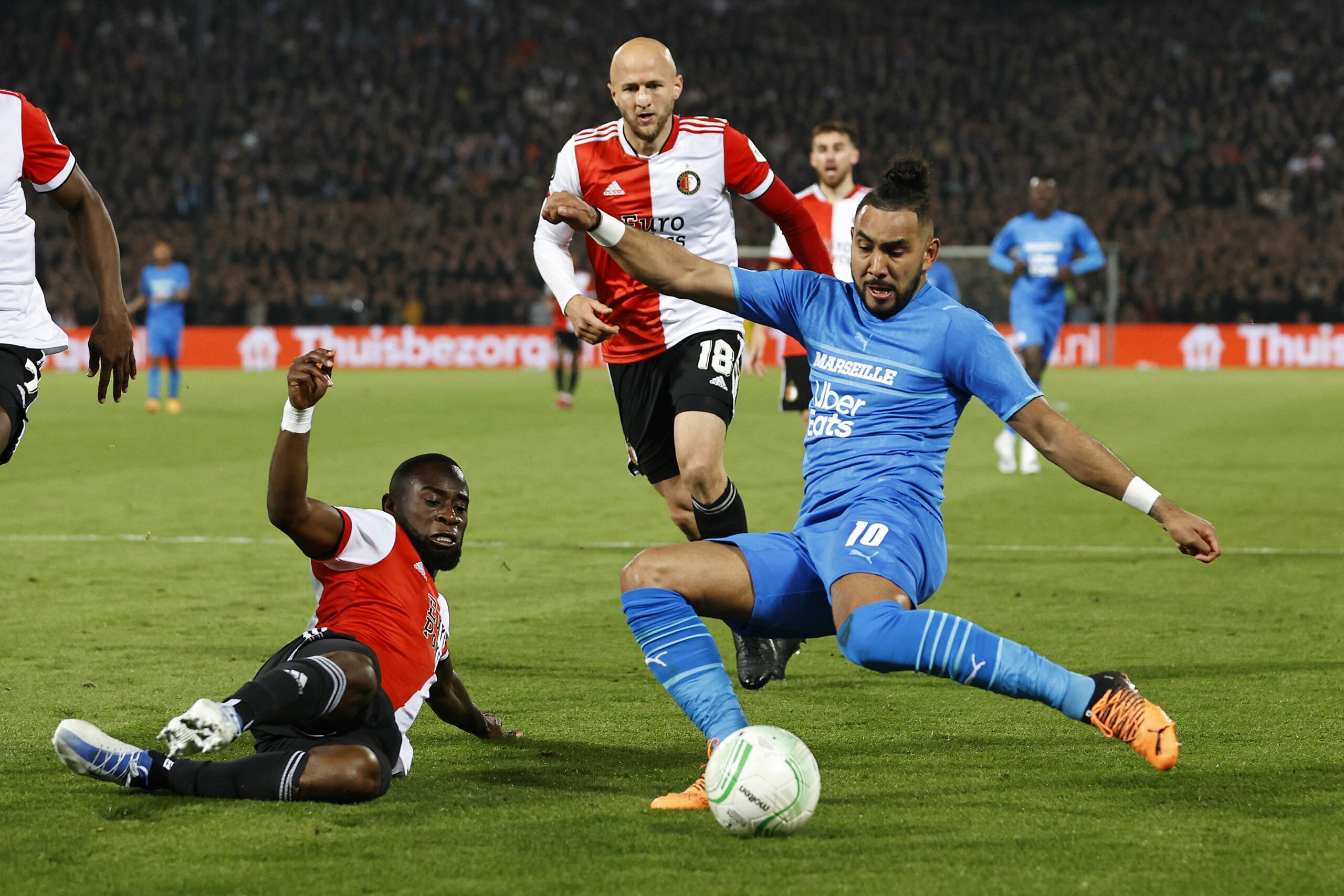 Stakes are high as Marseille and Feyenoord battle it out for a place in the inaugural Europa Conference League final at the Stade Velodrome.

Despite clawing back a two-goal deficit before half-time, Marseille found themselves on the wrong end of a 3-2 scoreline in a rip-roaring first-leg showdown at De Kuip.

Genk loanee Cyriel Dessers netted on either side of half-time to take his tally to ten goals in this Europa Conference League season and become the competition’s outright top goalscorer.

Luis Sinisterra scored the remaining goal for Feyenoord, while Bamba Dieng and Gerson kept the French side’s hopes of qualifying for their first European final since 2017/18 alive.

A 3-0 defeat to Atletico Madrid in the 2017/18 Europa League showpiece extended Marseille’s wait for a piece of European silverware to 16 years, with their last continental success dating back to 2005 Intertoto Cup.

Owners of two UEFA Cup titles in 1973/74 and 2001/02, Feyenoord have tightened the noose on a third-placed finish in the Eredivisie with a 3-1 dismantling of Fortuna Sittard last time out.

There has never been a way past Paris Saint-Germain in Ligue 1, but Marseille could still win a long-awaited continental title for France as they did in 1993 when they lifted the European Cup trophy.

After enduring an underwhelming Europa League group stage campaign in the autumn, Les Olympiens have gone from strength to strength in the Conference League knock-outs, winning six consecutive legs before losing in Rotterdam last time out.

The Dutch heavyweights disposed of Partizan Belgrade in the round of 16 comfortably 8-3 on aggregate before an enthralling 6-4 aggregate triumph over Slavia in the quarter-finals.

However, Feyenoord have yet to score on French soil (D1, L1), while they have picked up just six victories in their last 35 European away fixtures (D9, L20).

Feyenoord boss Arne Slot cannot call upon the services of his skipper Jens Toornstra and first-choice goalkeeper Justin Bijlow, who missed out on the first leg through injury.

Both sides have enjoyed stellar Europa Conference League campaigns so far, but we back Marseille to turn things around in this tie and secure a place in the grand final.