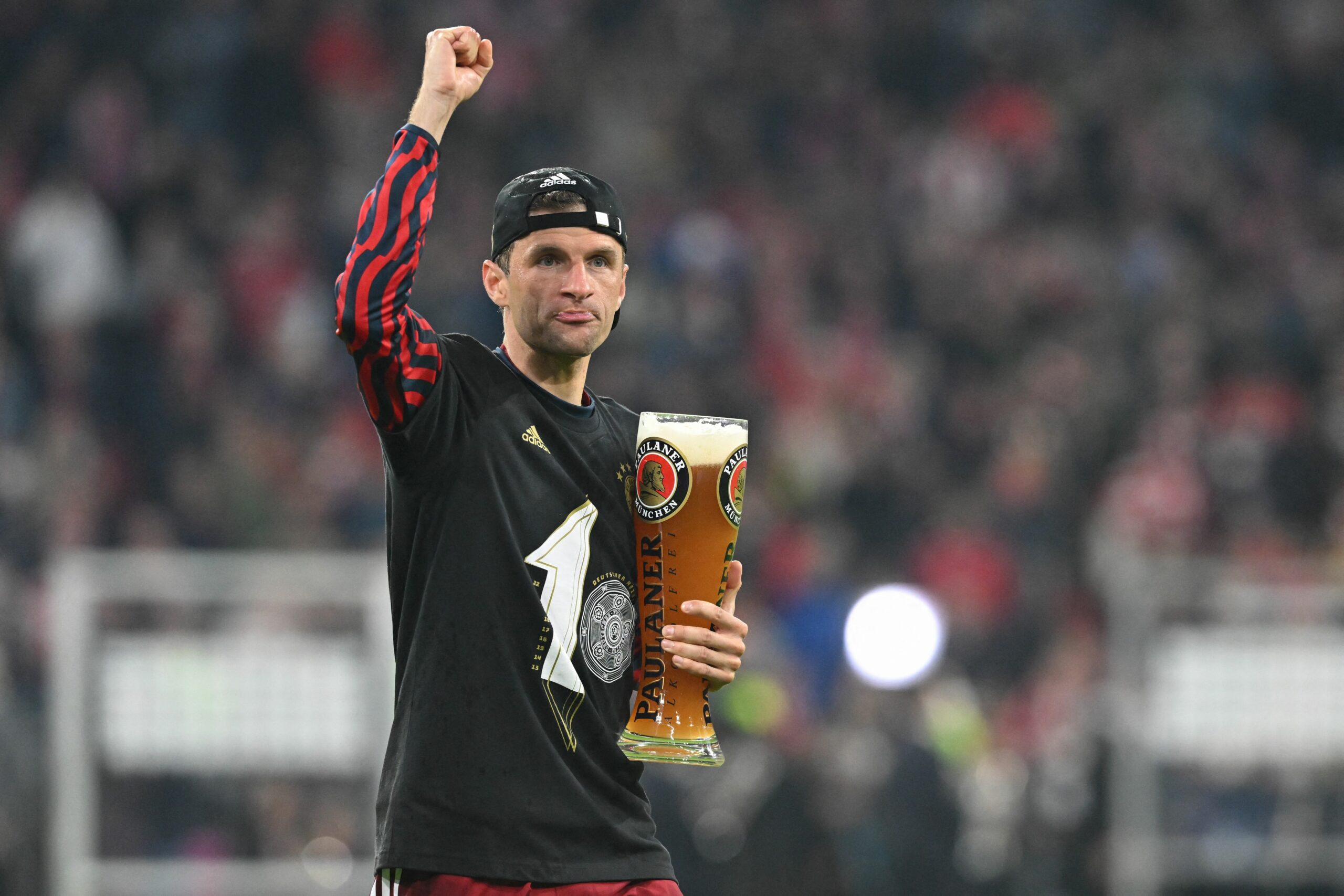 Thomas Muller has put pen to paper on a new deal that will keep him at Bayern Munich until 2024.

Since making his first-team debut back in 2008, Muller has been a constant feature of various starting XIs with 30 trophies won and 623 appearances made across all competitions.

With 12 goals and 24 assists this term, the German continues to deliver the goods as Bayern recently claimed a 10th consecutive Bundesliga title last month.

While it was no surprise to see him rewarded with a new contract, Muller was delighted to have extended his stay at the Allianz Arena.

“The journey we’ve been on since I joined the FCB academy in 2000 has been a fantastic success story up to now.

“It gives me immense pleasure to wear the red colours year after year, on and off the pitch – even if the wind blows in your face from time to time. So, let’s keep going together!”

Bayern Chief Executive Officer Olivier Kahn was also pleased to see a loyal servant of the club renew his contract with the Bavarians.

“Thomas Müller is an icon who wears the club badge in his heart,” Kahn said.

“He’s someone who assumes leadership and is also an important character in the dressing room with his personality.”

Having already sorted out Muller’s future, Bayern will now turn their focus to the likes of Manuel Neuer and Robert Lewandowski.

Neuer’s case looks pretty much straightforward as a deal is expected to be agreed upon soon but there is uncertainty surrounding Lewandowski as Barcelona are looking to lure him to the Camp Nou.

Lewandowski has formed a lethal partnership with Muller over the years and retaining the Pole’s services would hand a huge boost to Bayern’s chances of enjoying continued success going forward.