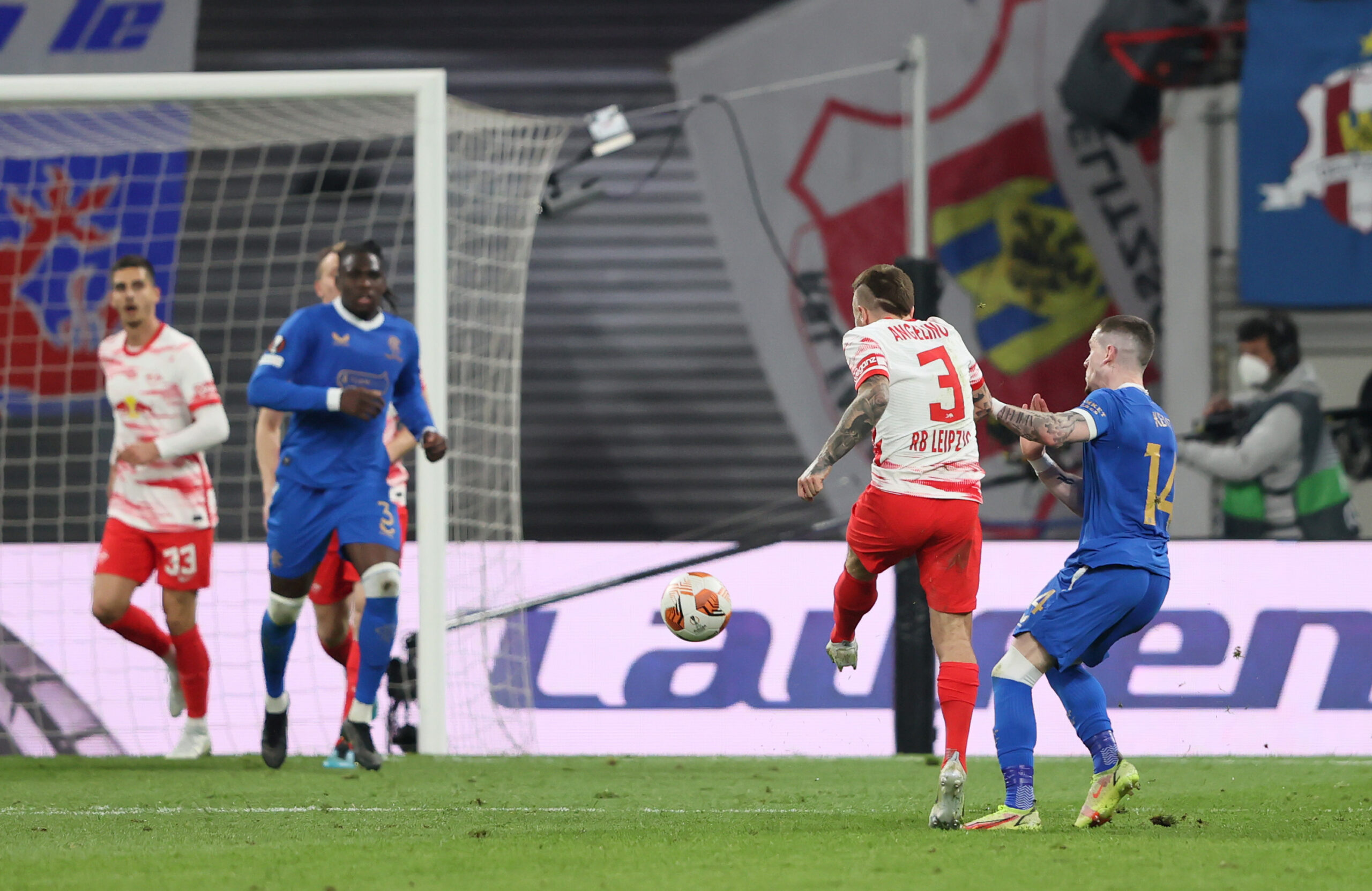 RB Leipzig will be looking to preserve a 1-0 lead from the first leg when they take on Rangers at Ibrox Stadium in the second leg of their Europa League semi-final tie.

Domenico Tedesco’s team left it late to dispatch the reigning Scottish Premiership champions in the first leg in Germany as Angelino’s stunning half-volley sealed the deal for Die Adler in the 85th minute.

But Rangers’ sublime European form at Ibrox suggests this tie is far from a foregone conclusion, as Giovanni van Bronckhorst’s men bid to reach their first major European final since 2008.

The Gers have lost a mere five of their last 33 European fixtures in Glasgow (W21, D7), though their home record in the Europa League knock-out spells trouble (W4, D2, L3).

A brace of high-scoring home victories over Sporting Braga and Red Star Belgrade in the two previous knock-out rounds should boost the spirits in the Scottish camp.

That is the kind of form Rangers will have to put on display on Thursday after a 1-1 Old Firm draw with Celtic at the weekend inflicted irreversible damage on their hopes of defending the domestic crown.

Van Bronckhorst admitted in the aftermath that his side’s hopes of pipping their arch-rivals to a second successive Premiership title are ‘all but disappeared,’ as relayed by the Daily Mail.

On the other hand, Leipzig will be looking to finish what they started at the Red Bull Arena and bounce back from a thumping 3-1 Bundesliga defeat at Borussia Monchengladbach on Monday.

A draw would suffice for Die Roten Bullen to see Rangers out and reach their first-ever major European final.

Rangers will be out to defy history, having found themselves out of major European competitions 21 times in 27 UEFA knock-out ties after losing the first leg away from home.

However, the Gers, who have come out victorious in all four previous UEFA semi-final ties, will fight tooth and nail to progress from their maiden Europa League last-four appearance.

Since switching over from the Champions League groups, Leipzig have gone unbeaten in all five Europa League knock-out legs (W3, D2), excluding a walkover of Spartak Moscow in the round of 16.

Before slumping at Gladbach last time out, Die Roten Bullen had won eight consecutive away matches across all competitions, five of which yielded multi-goal margins.

Leipzig’s impressive away record in 2022 (W9, L2) comes in handy as their only previous European visit to Glasgow resulted in a 2-1 beating to Celtic in the 2018/19 Europa League group phase.

As for Tedesco’s team, long-term absentee Amadou Haidara remains the only injury setback in an otherwise fully-fit squad.

Rangers have work to do in Glasgow as they hope to overhaul a narrow deficit to a Leipzig side that restricted them to a single attempt on target in Germany last time out.

A cauldron-like atmosphere at Ibrox could tip the scales in the home team’s favour as we back the Gers to turn the tie on its head.