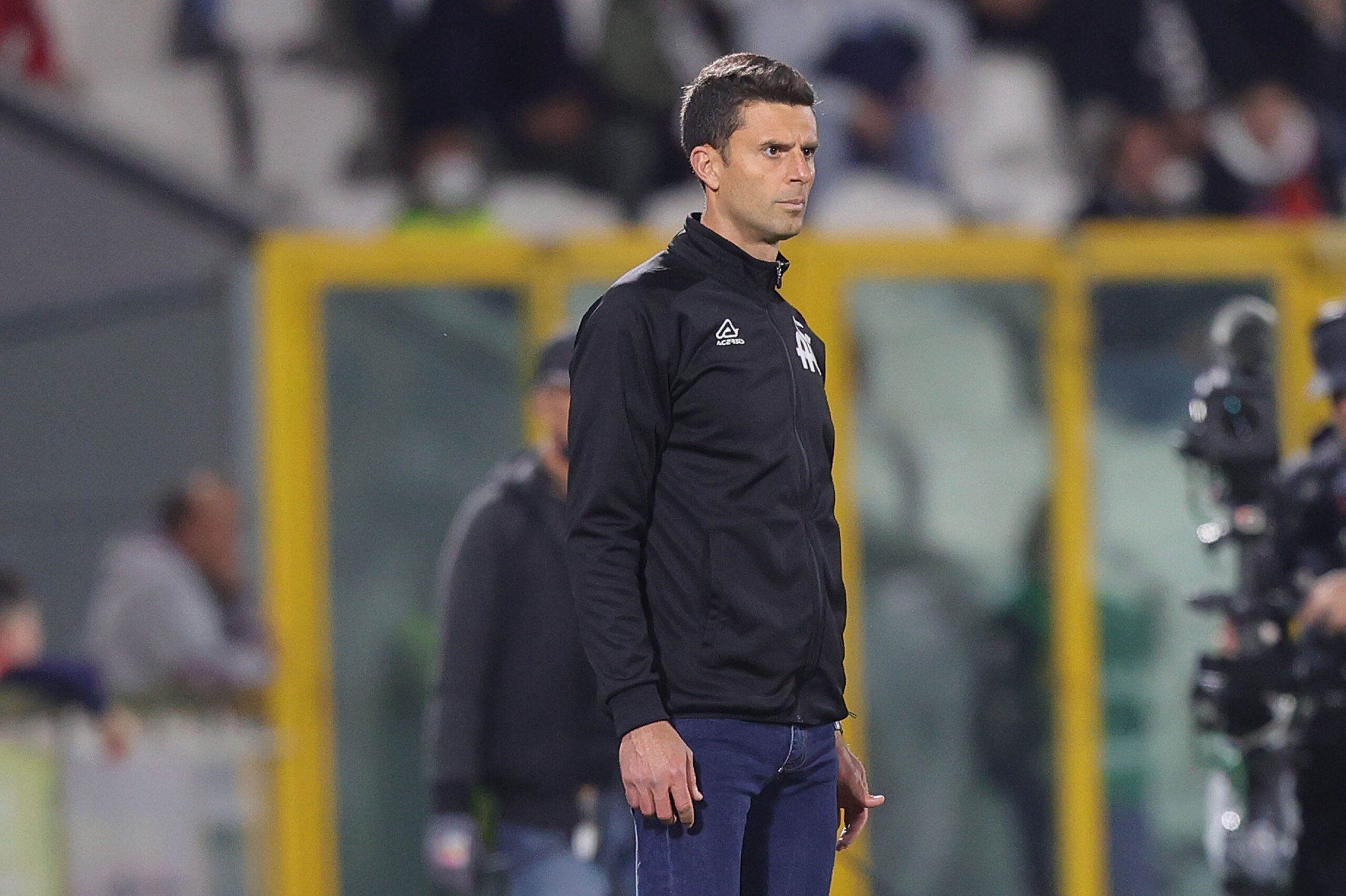 Spezia manager and Paris Saint-Germain target Thiago Motta is set to leave the Serie A outfit this summer in search of a new challenge, reports transfer expert Fabrizio Romano.

The Italian journalist also adds that former Juventus coach Andrea Pirlo is the leading candidate to replace Motta at Spezia.

Motta is one of the contenders for the managerial position at PSG, as reported by another reputed Italian journalist Gianluca Di Marzio (h/t Hadrien Grenier), with current manager Mauricio Pochettino’s future looking uncertain.

Despite lifting the Ligue 1 title, the Argentine gaffer has found himself in the firing line due to a dismal Champions League campaign, where Les Parisiens suffered a humiliating defeat against Real Madrid in the round of 16.

The Capital club are ready to sack the former Tottenham Hotspur boss and have also identified alternatives like Antonio Conte and Joachim Low.

A PSG legend, Motta began his coaching career with the French club’s U-19 side before moving to Genoa in 2019, where he didn’t last longer than two months after failing to improve things.

Moving to Spezia last summer, the 39-year-old has produced some notable victories against AC Milan and Napoli in Serie A this season and managed to keep his side five points clear of the relegation zone.

Conte appears to be the priority target for Les Parsiens to rebuild the squad, though the Italian manager has recently shrugged off the rumours linking him to Parc des Princes.

However, his future at Tottenham relies on the Champions League qualification and the club’s backing in the transfer market.