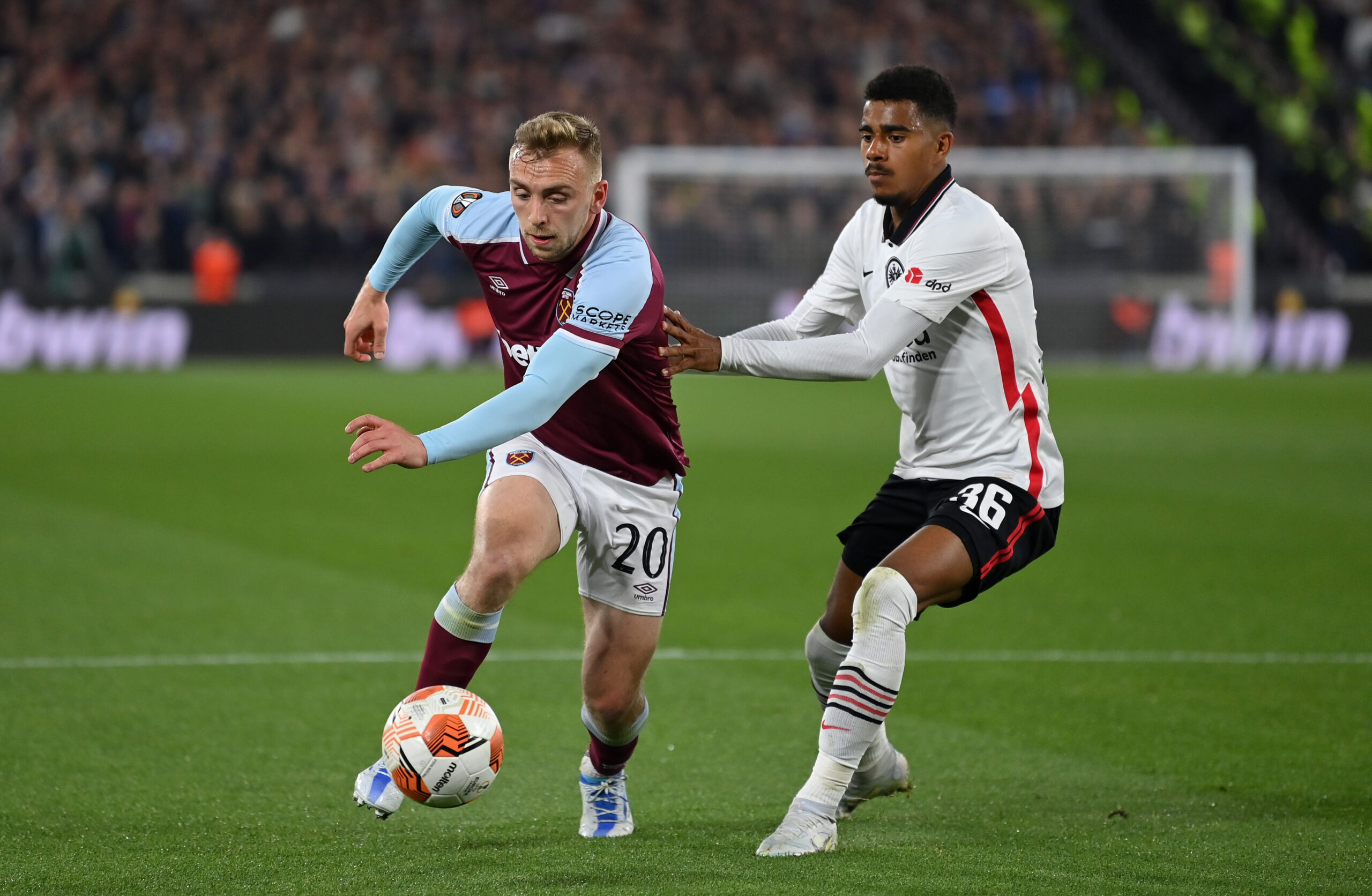 West Ham United will hope for an encore of a last-16 comeback against an Eintracht Frankfurt side looking to hold onto a 2-1 lead from the first leg.

David Moyes’ side came from behind to crash Europa League specialists Sevilla out of the competition’s round of 16, yet they will need to emulate that success on hostile turf this time around.

Ansgar Knauff and Daichi Kamada scored on either side of half-time for Frankfurt at the London Stadium, while Michail Antonio kept West Ham’s comeback hopes alive.

Both sides suffered defeats in their respective championships as the Irons fell to a 2-1 reverse to cross-town rivals Arsenal at the weekend while Die Adler went down 2-0 at Bayer Leverkusen on Monday.

Therefore, lifting the Europa League crown is the only way for Moyes’ side to secure major European football for next season.

Moyes admitted his team lacked quality as Frankfurt dominated West Ham through and through in London last week.

“We’ve got a lot to do,” he told The Independent. “We’ve got to show a lot more quality than we did tonight.

“We didn’t show enough quality, especially in the final third when we had moments to do so and a couple of times we turned off, obviously for the goals.”

On the other hand, Frankfurt boss Oliver Glasner witnessed his understrength line-up slip to a 2-0 loss at BayArena, but he was able to hand rest to some of his key first-team players.

Fresh legs and the desire to reach their first major European final since conquering the 1979/80 UEFA Cup could prove lethal weapons for the Germans at the Deutsche Bank Park on Thursday.

After ousting Real Betis in the round of 16, courtesy of an own goal in the last minute of extra time, Die Adler knocked Barcelona out in the quarter-finals thanks to a stunning 3-2 second-leg win at Camp Nou.

Frankfurt’s most recent foray into the Europa League semi-finals yielded a heartbreaking loss to Chelsea in 2018/19, making it four defeats out of four against English sides in two-legged UEFA knock-out ties.

West Ham will be keen to make it five out of five for Frankfurt, but they have history records backing their exit following a first-leg failure at the London Stadium.

The Hammers have lost three of the four previous UEFA knock-out ties in which they suffered defeat in the first leg at home, with their solitary comeback coming against Metz in the 1999 UEFA Intertoto Cup final.

Adding to Moyes’ sizeable list of concerns, his men have found themselves on the losing side in six of their last seven away matches across all competitions (W1), drawing a blank in four of them.

Stefan Ilsanker and Erik Durm are ineligible to play, while Jesper Lindstrom will be out for Frankfurt after sustaining a hamstring injury.

Defensive duo Angelo Ogbonna and Issa Diop will miss out on West Ham’s trip to Germany through injury, but Moyes should have the remainder of his squad fit and ready.

Frankfurt were a far better side in London last time out and they will need a repeat to see West Ham out.

The Hammers are not having the best of times by any stretch of the imagination and we back the Germans to advance to the grand final.