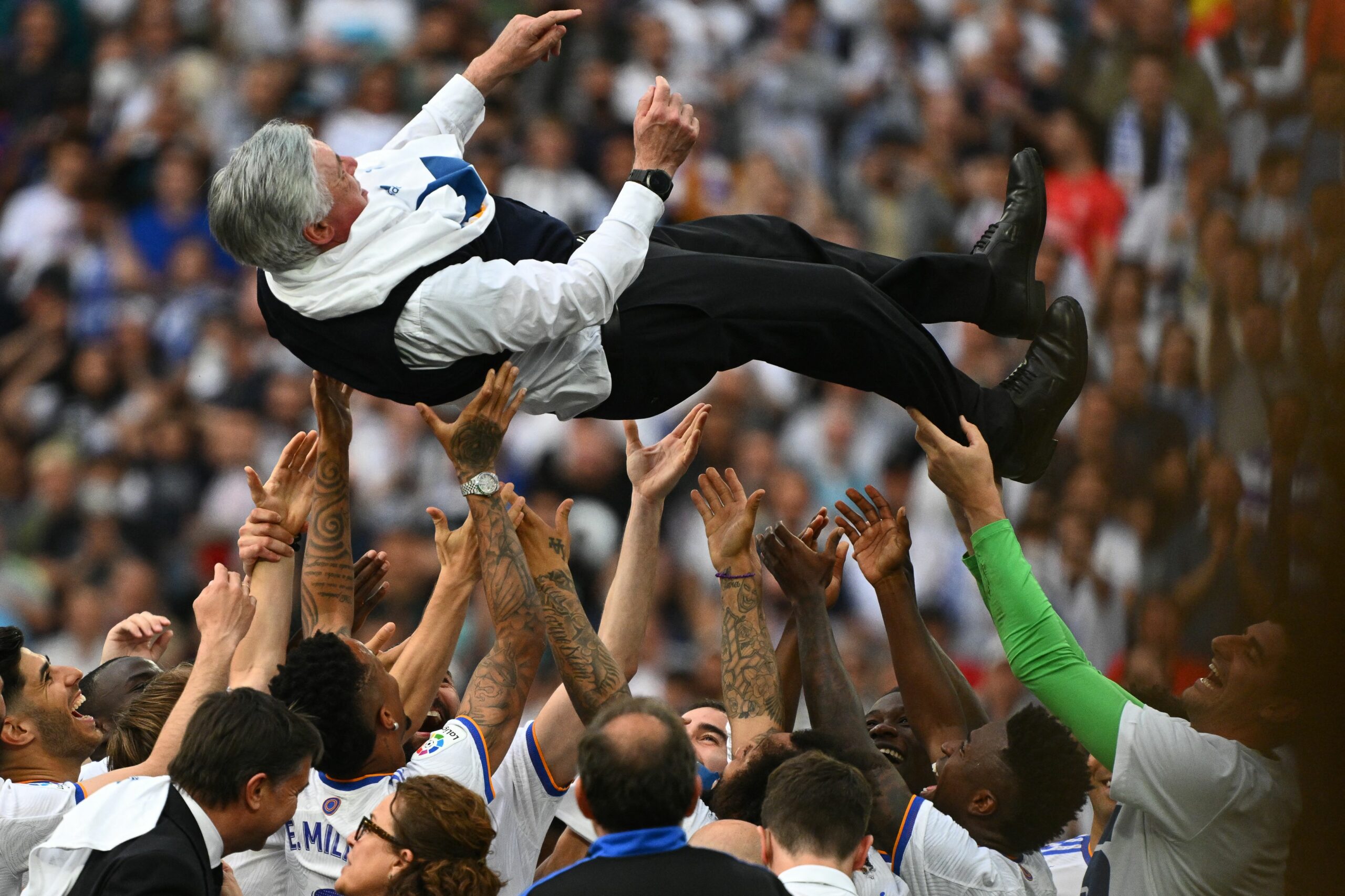 Carlo Ancelotti has stated his plans for the future after leading Real Madrid to a 35th league title on Saturday courtesy of a resounding 4-0 victory over Espanyol.

Coming into the game, Los Blancos needed just a point to confirm their status as champions but they proceeded to claim all three in a superb afternoon at the Santiago Bernabeu.

A first-half brace from Rodrygo set the ball rolling before second-half strikes from Marco Asensio and Karim Benzema put the result beyond doubt.

Ancelotti has now won every trophy available for Madrid as he did during his time in charge of Serie A giants AC Milan.

Speaking to Amazon Prime Video after his side’s title triumph, the ex-Chelsea gaffer stated that while this could be his final season as a manager, he is open to extending his stay in the Spanish capital if need be.

“I would like to be with my grandchildren, be on vacation with my wife.

“There are so many things to do that I have had to put aside; Go to many places that I have never I’ve been to.

“I want to go visit my sister more often. Unfortunately, you can’t do everything, so the day I retire I’ll have all these things to do.”

The 62-year-old also added that taking up a national-team job is not out of the question ahead of the 2022 World Cup which kicks off in November.

“Yes, there could be a national team but it’s premature for now,” Ancelotti added.

“Why not? I would love to, that’s for sure. Canada has done very well.”

In the meantime, Ancelotti has his sights set on overturning a first-leg deficit as Madrid take on Manchester City in the second leg of their Champions League semi-final clash tomorrow.

After recently becoming the first manager to win all of Europe’s top five leagues, the Italian is now looking to break another record by winning Europe’s premier club competition for the fourth time.