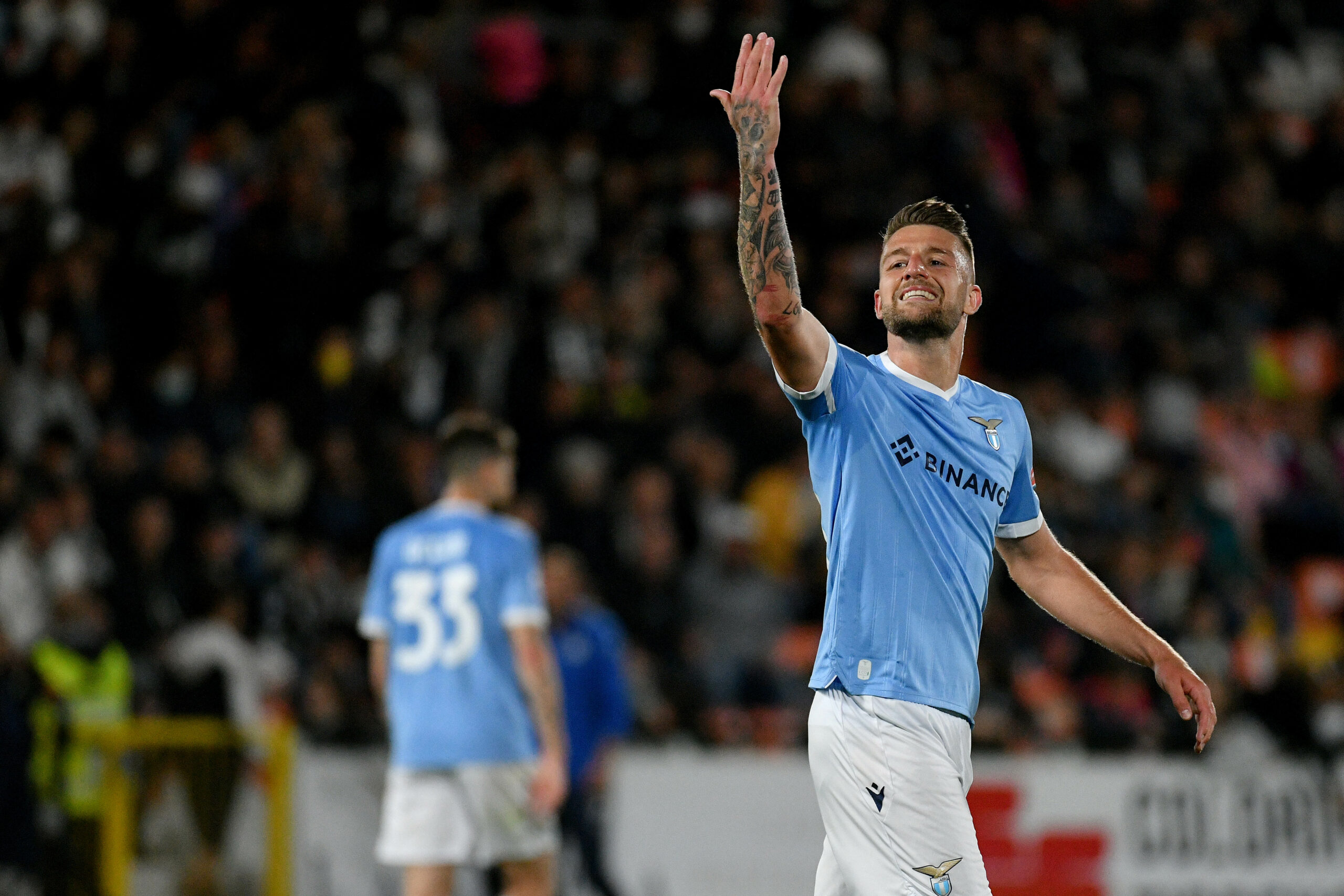 Lazio midfielder Sergej Milinkovic-Savic will be one of the in-demand players in the market as the Italian club are reportedly prepared to sell him this summer.

The Biancocelesti are planning to bring in players suited for Maurizio Sarri’s style of play, and hence they are willing to cash in on their prized asset.

The capital club are expecting a fee in the region of €70m for the Serbian international with Europe’s heavyweights on his trail.

His agent Mateja Kezman has now revealed that they are in talks with Manchester United and Paris Saint-Germain while the 27-year-old prefers a move to the former.

United are about to undergo a major rebuild come the summer, with midfield reinforcements one of the priorities for new manager Erik ten Hag due to the impending departures of Paul Pogba and Nemanja Matic.

Milinkovic-Savic has been among the best midfielders in Europe over the last few seasons, and he wouldn’t find it hard to adapt to Ten Hag’s preferred 4-3-3 formation since he is well accustomed to it under Sarri.

His price tag may seem far-fetched, but his technical qualities combined with his goal-scoring prowess will provide a breath of fresh air to United’s midfield.

Elsewhere, PSG, who are also looking for fresh faces in the midfield, can lure the Serbian with their financial muscle and the prospect of playing in the Champions League.

United’s outgoing star Pogba also turns out to be a top target for Les Parisiens, having missed out on him last summer.

Serie A giants Juventus have been linked with Milinkovic-Savic, but their financial problems could see them lose the race.