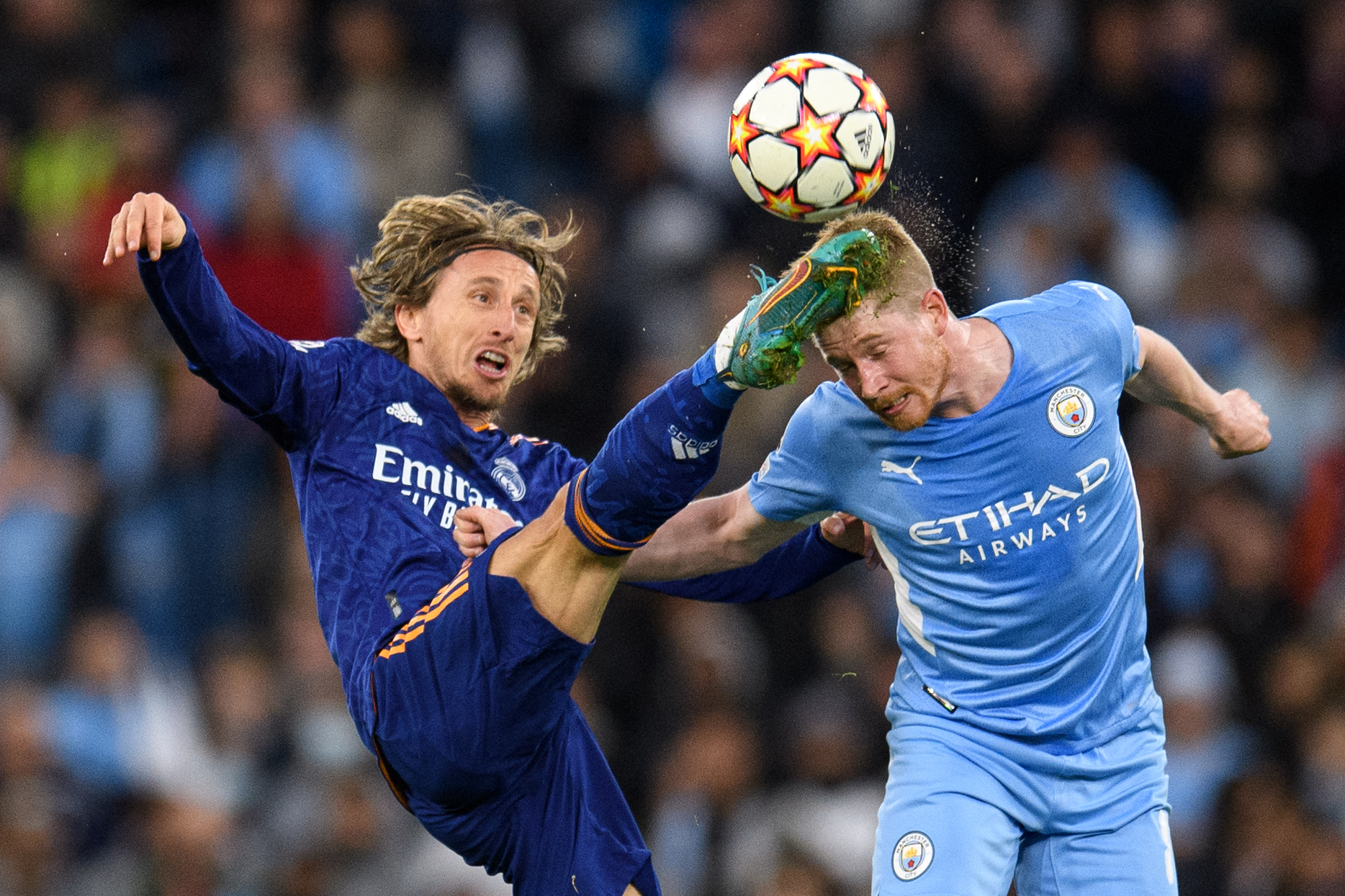 Manchester City are on the verge of advancing to a second successive Champions League final, but Real Madrid will hope to spoil the party.

A goal-friendly first leg at the Etihad Stadium witnessed Pep Guardiola’s team edge Los Blancos 4-3 in one of the most enthralling fixtures in this season’s Champions League.

Without Joao Cancelo and Kyle Walker, the Cityzens’ backline looked fragile in the first leg, but the Portuguese full-back will return to the fold after serving a yellow-card suspension last time out.

However, Guardiola has delivered a worrying fitness update on Walker in the build-up to Man City’s trip to the Santiago Bernabeu.

“I don’t know right now,” he replied when asked about the right-back’s current physical condition, as relayed by The Independent.

But even without Walker, the reigning Premier League holders dismantled high-flying Leeds United 4-0 at Elland Road last weekend to bolster their spirits ahead of the rematch against Madrid.

Carlo Ancelotti’s side will be be hyped after celebrating a record-extending 35th La Liga title with an overwhelming 4-0 home triumph over Espanyol on Saturday.

Los Merengues are bidding to qualify for a 17th Champions League final, and given Ancelotti’s experience in this kind of contest could prove crucial to Madrid’s road to Paris.

Los Merengues can draw further confidence from their unparalleled ability to pick themselves up from losing position, having overturned a first-leg deficit in 24 of their 40 such engagements.

Guardiola’s men have been outstanding on hostile turf in continental action of late, going unbeaten in 82% of their last 22 European travels (W14, D4, L4).

That said, the Cityzens have won only 50% of their 16 away matches in the Champions League knock-out stages (W8, D2, L6), though even a draw will suffice here.

Benzema’s double in Manchester has seen him overtake Bayern Munich stalwart Robert Lewandowski at the top of the Champions League scoring charts, taking his tally for the season to 14.

The 34-year-old striker will lead the line for Madrid, alongside rampaging winger Vinicius Junior and improving left-footed star Marco Asensio.

Eden Hazard, Luka Jovic and David Alaba are ruled out with injuries, with forgotten Gareth Bale unavailable for selection due to a back problem.

Nathan Ake picked up a knock at Elland Road and could be forced out of this fixture, while John Stones’ availability remains up in the air.

With Walker’s fitness still under examination, Oleksandr Zinchenko could be in for another European start as part of Guardiola’s seemingly understrength backline.

Numerous wasted scoring chances in the first leg could come back to haunt Man City in Madrid, especially with Ancelotti’s team firing on all cylinders.

Both sides boast devastating firepower, meaning the Bernabeu crowd could be in for another goal festive.