Will Chelsea help relegate their hero on Sunday? 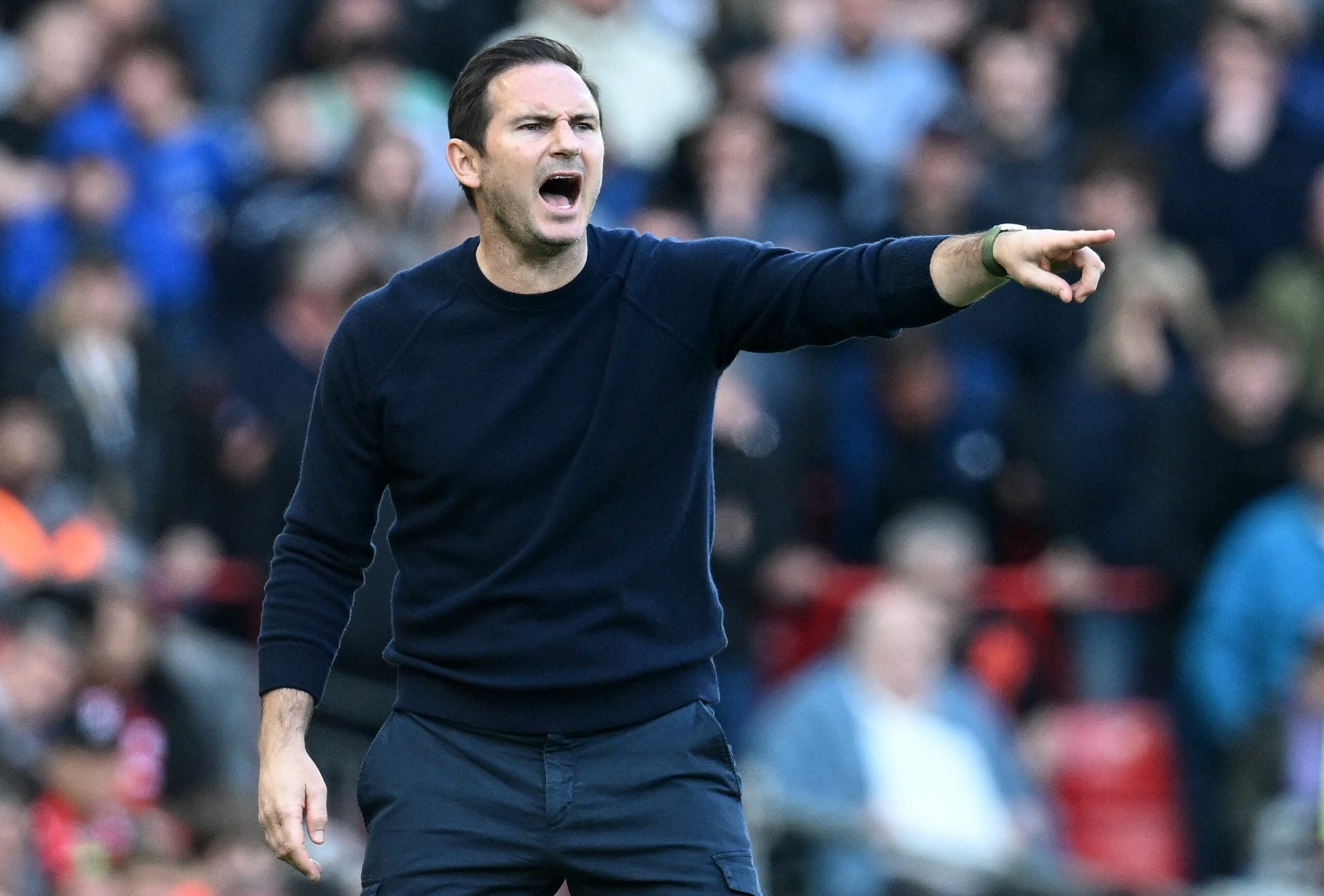 Sunday’s Premier League action gets underway at Goodison Park as relegation-threatened Everton take on third-placed Chelsea in a must-win contest.

Dark times have come to Goodison as an underwhelming 2-0 Merseyside defeat to Liverpool last time out condemned the Toffees to a frightening 18th place in the Premier League table.

After slipping into the relegation zone for the first time since 2019, Everton will be desperate to acquire all three points against a Chelsea side they have outscored in their last three top-flight H2Hs at home.

Who better than former Blues midfielder and Stamford Bridge icon Frank Lampard to give the struggling Merseyside powerhouse an insight into the Londoners’ playing style.

Lampard spent most of his illustrious playing career at Chelsea, but the Blues will be out to sink him on Sunday.

The Pensioners’ upcoming visit to Goodison threatens to drop Everton into further disarray.

With 17th-placed Burnley only two points away, the Toffees are still within touching distance of safety, though another collapse against high-profile opposition could derail their chances of securing top-flight survival.

Anything other than a fourth consecutive H2H home league victory would enable the Clarets to extend the gap, as they have a winnable away clash against 19th-placed Watford on their hands.

After Thursday’s 1-1 draw with Man United at Old Trafford, the German boss came out public to blast performances from his forwards Kai Havertz and Timo Werner (via Sky Sports).

Converting one-on-one chances is a bare minimun Tuchel would expect from his attackers at Goodison following a wasteful evening in Manchester.

That’s where Everton’s backline should shine, as they have done in their recent Premier League matches at Goodison.

Coming into this matchday, the Toffees have racked up two clean sheets from thre top-flight home outings, suggesting Lampard is establishing some form of defensive stability after a leaky season.

Except for warm relegation candidates Norwich City and Watford, only two sides have conceded more Premier League goals than Everton (55) this season.

Defensive frailties could come back to bite the Merseysiders against a free-scoring Chelsea side this weekend.

Tuchel’s men had scored 2+ goals on seven consecutive travels across all competitons prior to midweek draw at the Theatre of Dreams.

But even if they fail to produce another goal-friendly affair, Chelsea should feel confident about holding Everton’s uneventful attacking set-up at bay.

Without headline striker Dominic Calvert-Lewin and quicksilver winger Andros Townsend, Lampard’s side have scored one goal or fewer in 13 of their 15 Premier League games in 2022.

Signs are ominous for Everton, with Chelsea entering this round as clear-cut favourites to throw their former hero into further problems.