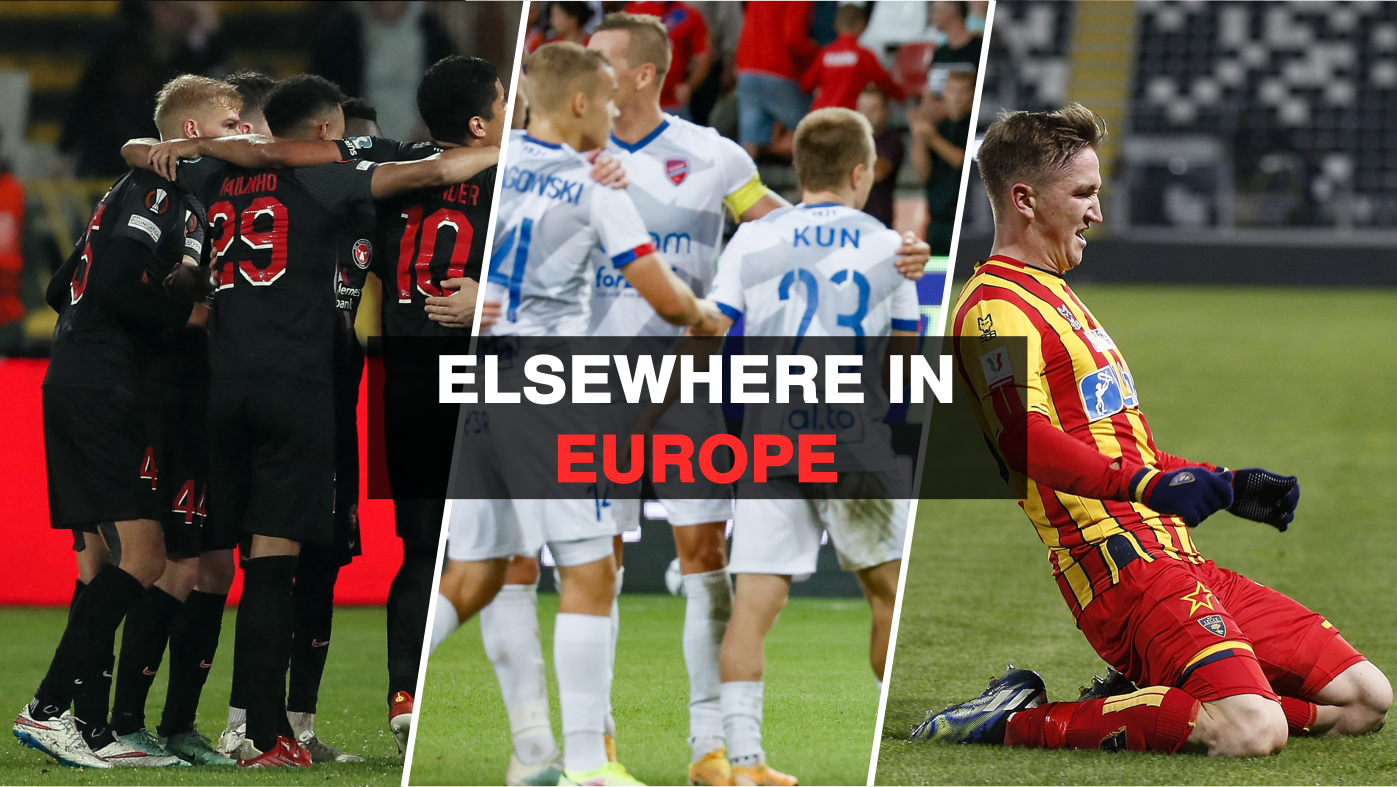 We are slightly bending the rules in this month’s edition of Elsewhere in Europe, because we will be highlighting the action in Italy and Germany. However, we will dive down to the second tiers there to have a look at the promotion battles. Before that, though, we will focus on the title races in Denmark and Poland.

🇩🇰 Denmark: Midtjylland closing in on FC København for the title

Arguably the most important fixture of the Danish season will take place this Sunday when league-leaders FC København travel to face Midtjylland, who are just three points behind them with four rounds of fixtures to go after this one.

No matter how it ends, this has certainly been a title race full of ups and downs in Denmark. Midtjylland were on top for most of the first half of the season, but København jumped over them just before the end of the regular season and have stayed at the top ever since.

Even if Midtjylland win the match this weekend, it is highly unlikely that they will end the weekend on top of the table because København’s goal difference is significantly greater than theirs. With the league currently in its second phase where it is split into two groups, both sides have the same opponents on their fixture list, so a lot rests on their match this weekend.

Taking all of this into consideration, it is easy to understand why København are being given a three-in-four chance of lifting their 14th league title this season by FiveThirtyEight‘s predictions model. Midtjylland do have momentum on their side as they have won all of their last three fixtures while København have won just one, but the capital club scored a massive victory over their rivals just prior to that.

The title certainly is København’s to lose, but it all could change very quickly as we enter the home straight of the campaign.

Things are even tighter at the top of the Polish league table, where Raków Częstochowa are level on points with seven-time champions Lech Poznań and three league fixtures remain for both sides. Pogoń Szczecin, who spent most of the season on top of the pile, are three points behind them and have most probably watched a potential first-ever major trophy slip away already after losing to Rakow a couple of weeks ago.

Rakow also beat Lech Poznań a month and a half prior to that, so they are on top currently and will stay there if they finish the season level on points with their rivals since the head-to-head records are the first criteria for separating such sides in Poland. Therefore, they must be considered favourites to go and win their first-ever league title this season.

The two sides will also be facing off in the cup final this weekend, and the winner of that match will surely get a huge psychological advantage before the decisive title run-in begins.

🇮🇹 Italy: Nine teams still in the race for promotion to Serie A

We have been closely following the Serie A title race in our Last Week In Football column, but things are even crazier down in Serie B, where six teams have the chance to finish the season in first place and three more could find a way to get promoted even though there are just two matchdays left.

As you might imagine, there is too much going on to explain with words, so we will just let the table do the talking.

Cremonese’s 1-3 defeat against Crotone in the previous round of fixtures allowed Lecce to jump to top spot after they beat Pisa, and they now have a 99% chance of returning to Serie A next season according to FiveThirtyEight. Behind them, though, it is all to play for given Cremonese’s poor form which has seen them win just two of their last five matches.

Monza and Benevento are both eyeing the second and final direct promotion spot, but they will have to face each other this weekend, so one of them could be out of the race for that after their match. Serie B has a complicated promotion play-off format which means that up to six teams can qualify if they finish within ten points of the side in third, and such a situation looks very likely this season.

Should that happen, things will get even more confusing as we will be treated to three stages of the qualification play-offs. The opening round will see the fifth and sixth-placed sides host the eighth and seventh-placed sides respectively in a one-off opening round match, with the winners getting a spot in the semi-finals against the sides in fourth and third respectively.

Both the semi-finals and final will be two-legged ties as the sides play home and away, but crucially, there will be no penalty shootouts in the play-offs. If the scoreline remains level in any match after extra time, the side that finished higher in the table progresses.

🇩🇪 Germany: Davids and Goliaths battle to get out of the 2. Bundesliga

If the Serie B promotion race is all a bit too complicated for you, then you might enjoy the more traditional 2. Bundesliga, where the top-two win direct promotion to the Bundesliga and the third-placed side faces the club that finishes 16th in the Bundesliga in a two-legged play-off.

There is a really nice mix of clubs in this battle too, as historic giants such as Werder Bremen, Schalke 04, Hamburg and Nürnberg who have 26 Bundesliga titles among them are up against the likes of St. Pauli and Darmstadt, who have only spent eight and four seasons in the first division respectively.

This season has been tumultuous, to say the least.

There were five fixtures on Friday night, so the look of the table is slightly different at the time of publishing.

A lot went on in those five fixtures, as Werder Bremen threw away a two-goal lead at home against Holstein Kiel while Schalke leapfrogged them to take top spot after beating Sandhausen with a stoppage-time winner from the 2. Bundesliga’s all-time top scorer Simon Terodde. St. Pauli were held to a draw by Nürnberg, which means their local rivals Hamburg could overtake them for fourth spot by winning their match on Saturday.

If there is one thing we have learnt about the 2. Bundesliga this season, it is to never try to make predictions for this league, so all we can do is embrace the chaos.