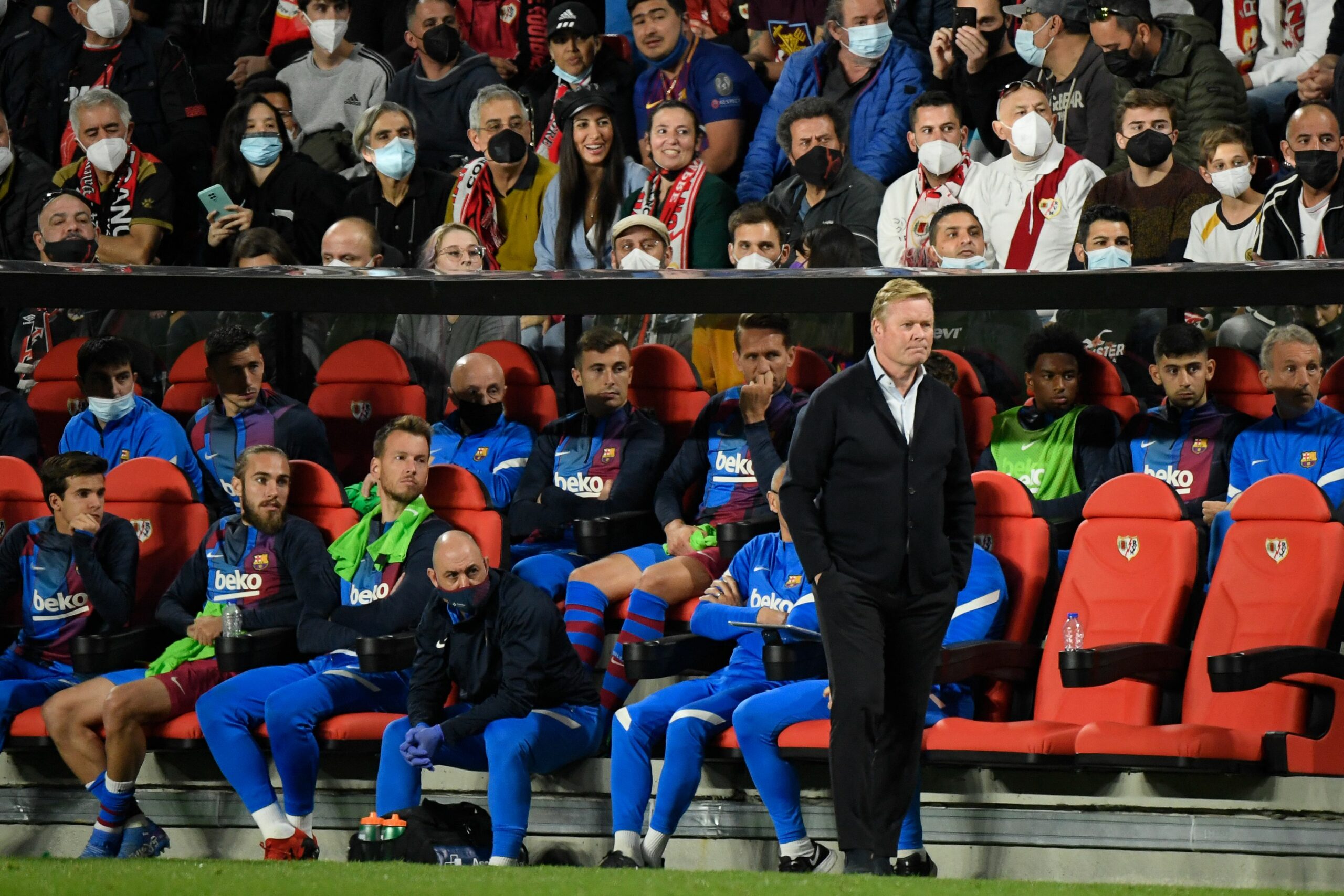 Former Barcelona manager Ronald Koeman has criticised Xavi’s tenure, claiming that the point difference with leaders Real Madrid is currently twice as high as during his dismissal.

The Dutch manager was sacked last October following a disappointing first half in the 2021/22 campaign, with the Catalan giants appointing Xavi as his successor.

The legendary midfielder has so far done a brilliant job, instilling a clear philosophy among the players, getting the best out of young talents, and is on course for a runners-up finish in La Liga.

However, Xavi has come under fire following a poor run of results in recent weeks, starting from the shock loss to Eintracht Frankfurt at home in the Europa League quarter-finals.

Koeman has now weighed in on Xavi’s reign, claiming that the Catalans have shown great progress under the former Al Sadd coach but not in terms of league standings, as he pointed out the number of points they are adrift of top is twice higher than during his time.

The Dutch gaffer said (h/t Forbes): “When I left we were eight points [off the chase]. Now it’s almost double. “

Koeman also offered his thoughts on Frenkie de Jong’s speculations, with rumours of an exit circulated in recent weeks.

The former Ajax midfielder was highly consistent under Koeman, but that hasn’t been the same under Xavi, with his performances being sub-par in the last few games.

Moreover, his substitution at halfway through the game against Rayo Vallecano saw him cut a frustrated figure, further fuelling his exit rumours.

Nonetheless, Koeman feels that De Jong is a player for the future – even Xavi is in agreement with it – and the Catalans would not sell him.

The former Everton manager added: “I don’t think Barca want to sell Frenkie. I think Xavi has said that he is the future.

“Frenkie is a great player, a great midfielder. He goes through some games where he has not been at his level but there is no doubt about Frenkie.

“I have no doubts, for me, he is a permanent fixture in the national team and I hope he comes back [to form] as he has played many games.

“We put a player on top of everything and two weeks later we have to sell him. Frenkie is a great player.”