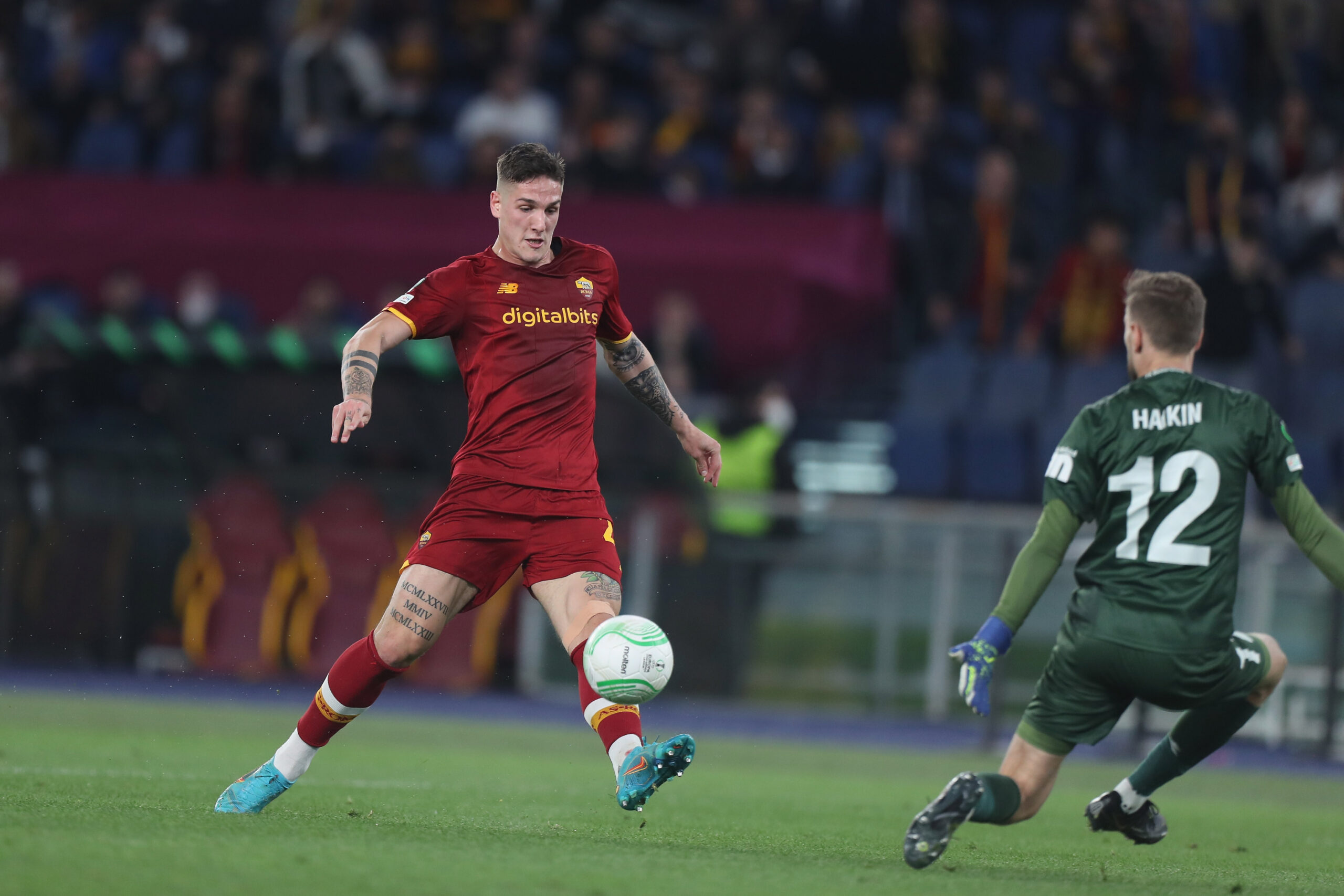 Juventus are understandably keen on the signing of Nicolo Zaniolo as they cite the Roma star as an ideal replacement for outgoing Paulo Dybala.

Dybala is set to leave Allianz Stadium this summer after opting against a contract extension, and finding his replacement turns out to be the priority for the Old Lady.

Zaniolo’s name is high on the wishlist of Bianconeri after impressing for Jose Mourinho’s side this term.

Long considered as the future of Italy, Zaniolo failed to live up to the reputation due to a string of injuries.

Spending the last season on the sidelines due to an ACL injury, the 22-year-old has managed to stay fit and become a crucial player for Giallorossi, netting seven goals and eights in all competitions this term.

Zaniolo is apparently interested in moving to Turin as he is unwilling to pen a new deal with Roma, with his current contract expiring in 2024.

Per a report from Calciomercato, Giallorossi are demanding €60 million for the sale of Zaniolo.

The Old Lady could struggle to afford such a huge fee due to their financial constraints as well as the need to strengthen other positions.

In such a case, Juve can wait until the summer of 2023 when Zaniolo enters the final year of his contract, and then the Old Lady could negotiate a much lesser fee.

However, the Old Lady still has a stumbling block as Premier League giants Manchester United are reportedly exploring a move for the Italian forward.

Juve also have names like Memphis Depay, Marco Asensio, Paulo Dybala and Giacomo Raspaodori on their list to reinforce the attacking department this summer.