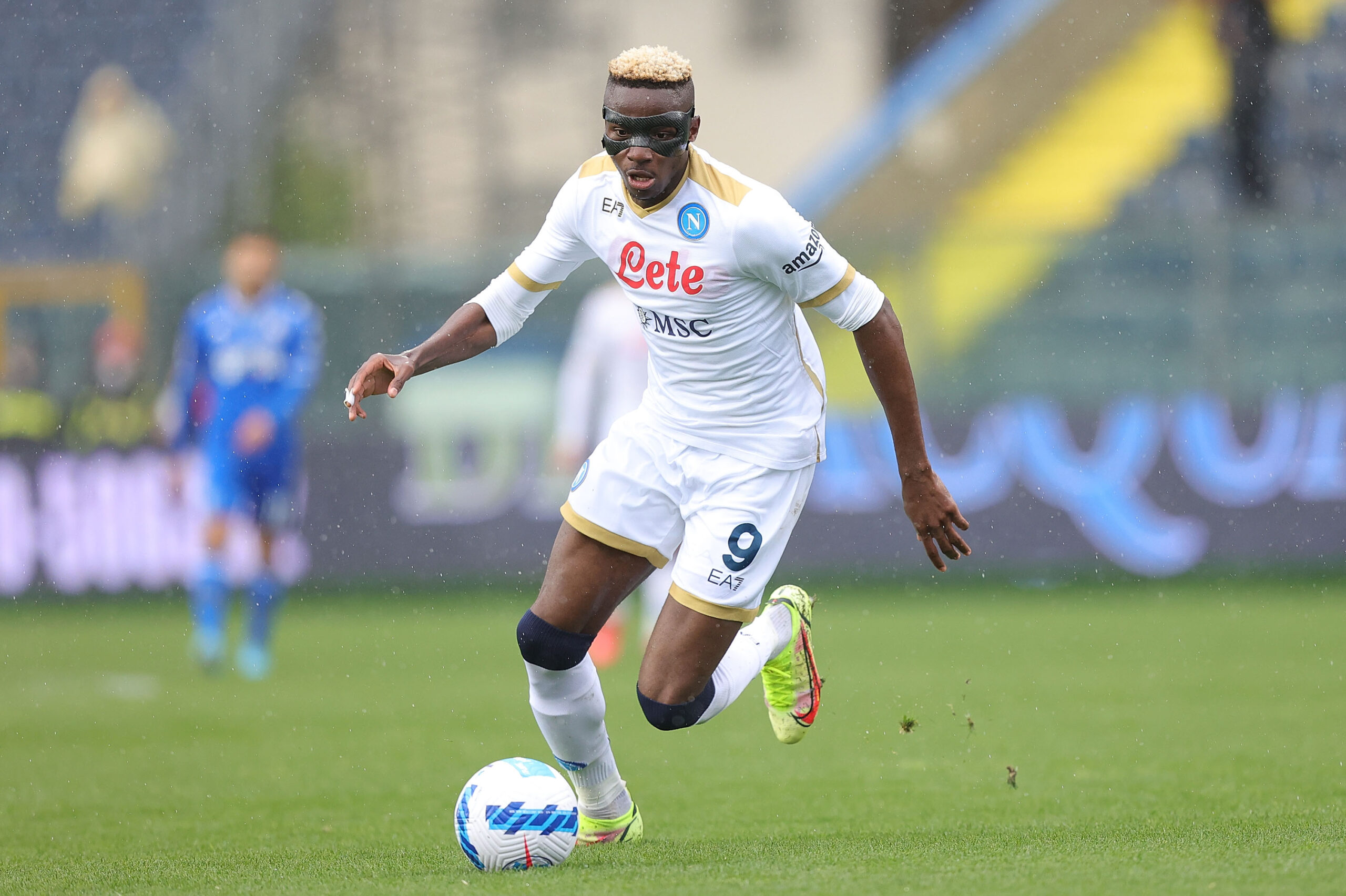 Manchester United have added Napoli striker Victor Osimhen as one of the potential targets for the summer, establishing contact with his agent to discuss a transfer.

The Nigerian striker, who was signed for a record fee of around €70 million in 2019, is willing to leave Naples this summer, having drawn by the allure of playing in the Premier League.

Newcastle United and Arsenal are also in the running for Osimhen, with the former having their bid turned down by Napoli in January.

Corriere dello Sport reports that Osimhen’s agent has informed club president Aurelio De Laurentiis of the interest from Man Utd and the Gunners and his client’s desire to leave this summer.

However, the Partenopei are demanding around £84 million to part ways with their record signing, and the price could go higher if the suitors engage in a bidding war.

The 23-year-old has been impressive for the Partenopei this term, racking up 16 goals and five assists in 28 appearances and being pivotal in Napoli’s top-four finish in Serie A.

The Red Devils would have to consult with newly appointed manager Erik ten Hag before making any move for Osimhen, as the Dutch gaffer wants to have the final say on all of the transfer dealings.

Ten Hag has reportedly identified Ajax striker Sebastien Haller as a top target for the summer, while he is also keen on bringing Brazilian winger Antony to Old Trafford.

Despite having a transfer kitty of around £200m, Ten Hag doesn’t want to spend a chunk of money on one or two players since reinforcements are needed on other areas of the pitch as well.