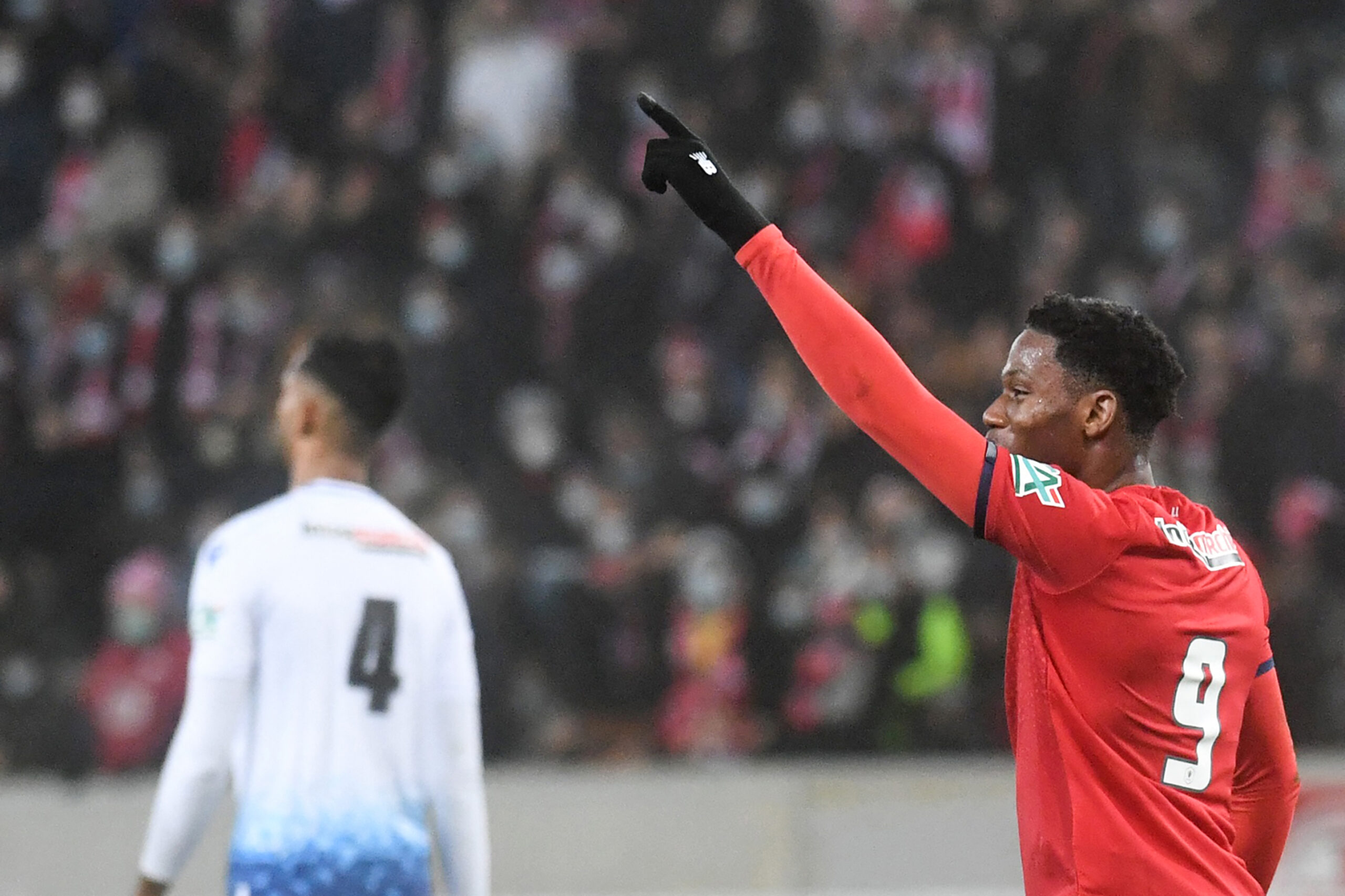 Lille striker Jonathan David will be one of the sought-after players in the market as he is set to leave the Ligue 1 outfit this summer.

The Canadian striker has drawn interest from Europe’s top clubs following an impressive 2021/22 campaign, where he netted 17 goals in all competitions despite Lille’s struggles.

Italian transfer expert Fabrizio Romano has now revealed that Lille are looking for around €50 million to part ways with David.

Chelsea, Arsenal and Paris Saint-Germain are all said to be the potential suitors for the former Gent striker.

The Gunners are scouring the market for a new striker and have identified names like Gabriel Jesus and Darwin Nunez as potential targets.

However, with Nunez looking a far fetched target due to his staggering price and Jesus’s recent upturn in form at Manchester City – which could prompt him to continue with Citizens, the Gunners could turn their attention towards an alternative like David.

Elsewhere, Arsenal’s London rivals Chelsea are also facing a striker dilemma, with both of their expensive signings, Timo Werner and Romelu Lukaku, failing to make a big impact this season.

Furthermore, the duo has been linked with a move away from Stamford Bridge this summer in hopes of reviving their careers.

Like the Gunners, the Blues are also in the running for Benfica sensation Nunez, but it is up to their new owners whether they would be ready to splurge around €70 million for his signing.

PSG are planning for a summer overhaul as they look to get back on track following a disappointing Champions League campaign.

The Ligue 1 champions are in need of attacking reinforcements, with Kylian Mbappe’s future looking uncertain, whilst Neymar and Lionel Messi have also shown signs of decline.

Robert Lewandowski, Nunez and Christopher Nkunku are some of the targets, but PSG can choose a cheaper alternative in David.