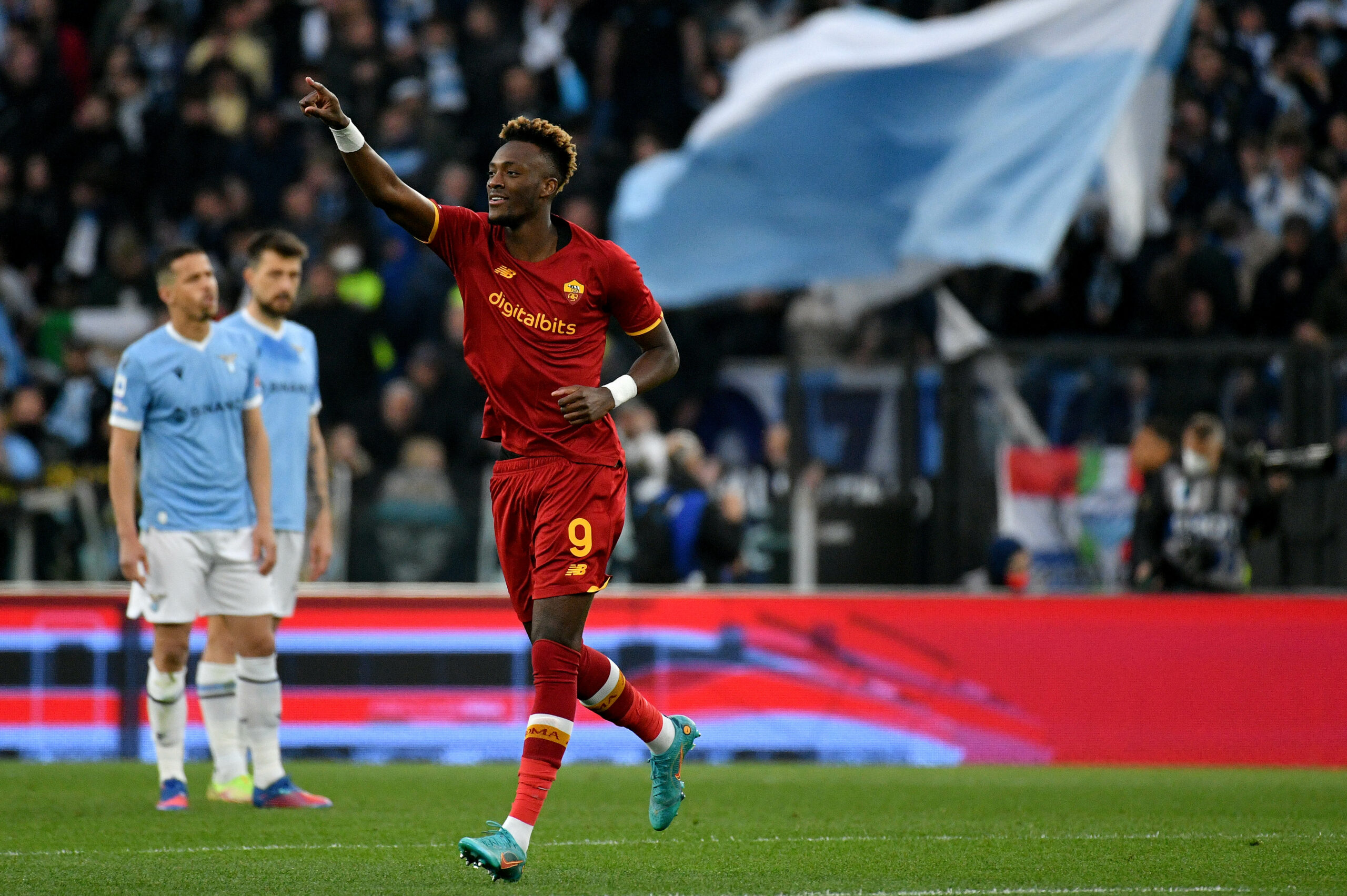 Amid reports of a move away this summer, Tammy Abraham is eager to stay at Roma, per Calciomercato.

Speaking ahead of Roma’s Conference League semi-final first-leg clash against Leicester City tomorrow, Abraham also spoke highly of his time at the club so far.

“I love this city! It’s an experience I’ll never forget and coming here was a dream come true: I wanted something new,” the striker said.

“I grew up in England, so it was nice to get to know a different culture. Here I see the history of the city and I enjoy the food, I live well every minute.

“From day one, I fell in love with Rome, the team and the fans. They made me feel like family right away. I hope to win the Europa Conference League to strengthen this bond even more”

With Roma expected to lose Nicolo Zaniolo in the upcoming transfer window, Abraham’s latest comments will certainly be met with great cheer from the Giallorossi faithful.

The 24-year-old has enjoyed a stellar campaign under Jose Mourinho this term having netted 24 goals in 46 games across all competitions – the most by a foreign debutant at the Stadio Olimpico.

Abraham moved to the Serie A last summer in search of more playing time as he often found himself on the bench in his final season at Chelsea which however yielded a Champions League trophy last May.

He has since been linked with a return to the Premier League with Arsenal but the Englishman is understood to be enjoying life in the Italian Capital and it is not hard to see why.

However, Chelsea still have an €80m buyback clause which becomes active in 2023, although it remains highly unlikely that the Blues will re-sign Abraham having let him go for half the aforementioned price.