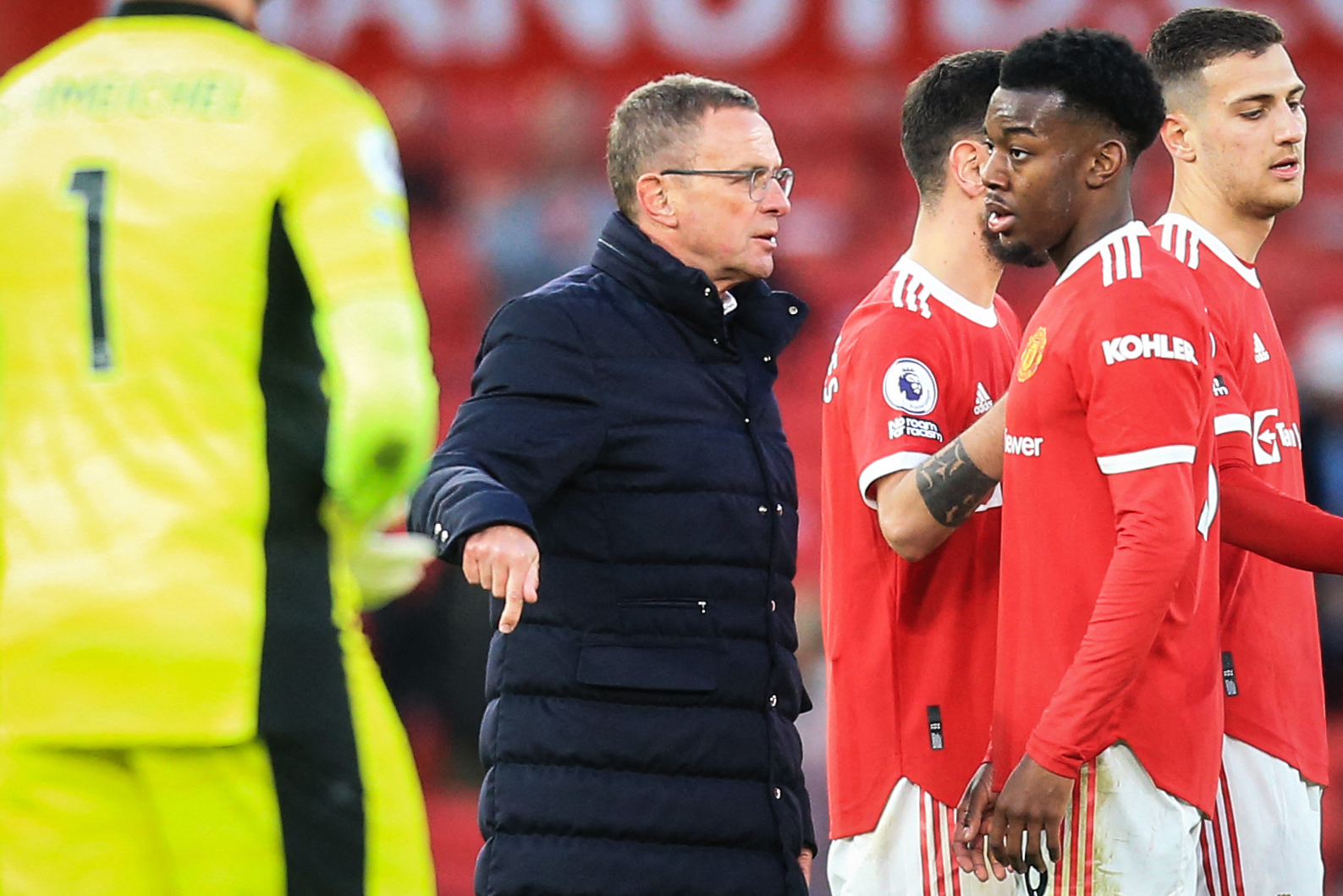 Old Trafford is the venue as Manchester United and Chelsea go head-to-head in a handsomely-looking midweek Premier League fixture.

“For me, even before the game it was not very likely, but after today’s result, it is gone yes,” he replied when asked if the club’s hopes of securing a Champions League spot are gone, as relayed by Goal.

With four matchdays left, the Red Devils trail the fourth-placed Gunners by six points and will need a miracle to qualify for next season’s Champions League.

Not since 1980/81 had Man United lost four consecutive away league matches, so Rangnick’s men will have a point to prove in another high-profile game, especially following a 4-0 defeat at Liverpool last midweek.

However, Chelsea will turn up at Old Trafford in a confident mood following a hard-fought 1-0 home triumph over cross-town rivals West Ham United at the weekend.

After solidifying their bid to walk away with a third-place finish, Thomas Tuchel will feel relaxed in Manchester, where they have not won a Premier League fixture since 2013.

Thursday’s game at the Theatre of Dreams will be available to watch live online via soccer streams.

In stark contrast to their underwhelming away form, Man United have been rock-solid at home, going unbeaten in their last seven Premier League outings at Old Trafford (W4, D3).

Furthermore, the Red Devils have not lost any of their last eight home league meetings with Chelsea (W3, D5), recording five clean sheets in that sequence.

Indeed, Rangnick’s men have had Chelsea’s number of late, as they have held them at bay in four of their last five Premier League encounters, home and away.

Chelsea will be out to arrest a frustrating run of eight Premier League H2Hs without winning (D5, L3) and post their first top-flight triumph over United since November 2017.

Optimism should not be lacking in the travelling camp, as the Blues have won nine consecutive away games in all competitions since a 1-1 draw at Brighton & Hove Albion in mid-January.

Tuchel’s men have been scoring at will on the road of late, as evidenced by an eye-catching run of seven successive travels where they netted 2+ goals.

Paul Pogba has picked up a season-ending calf injury, which means he may have played his final game for Man United during a humiliation at Anfield last midweek.

Waiting for the Frenchman on the sidelines are long-term absentees Luke Shaw and Edinson Cavani, while Fred could still make the starting line-up after sustaining a minor hip problem.

As for Chelsea, Ben Chilwell, Callum Hudson-Odoi and Mateo Kovacic are unavailable for selection through injuries.

Antonio Rudiger is on the verge of returning to the fold from a groin injury, yet Andreas Christensen is unlikely to make the cut.

Man United have developed a habit of falling apart in these high-octane affairs this season, and given the circumstances, we back that trend to go on.

Chelsea are in no urgent need of points, but they will be heavily motivated to avenge a run of eight H2H league matches without winning.