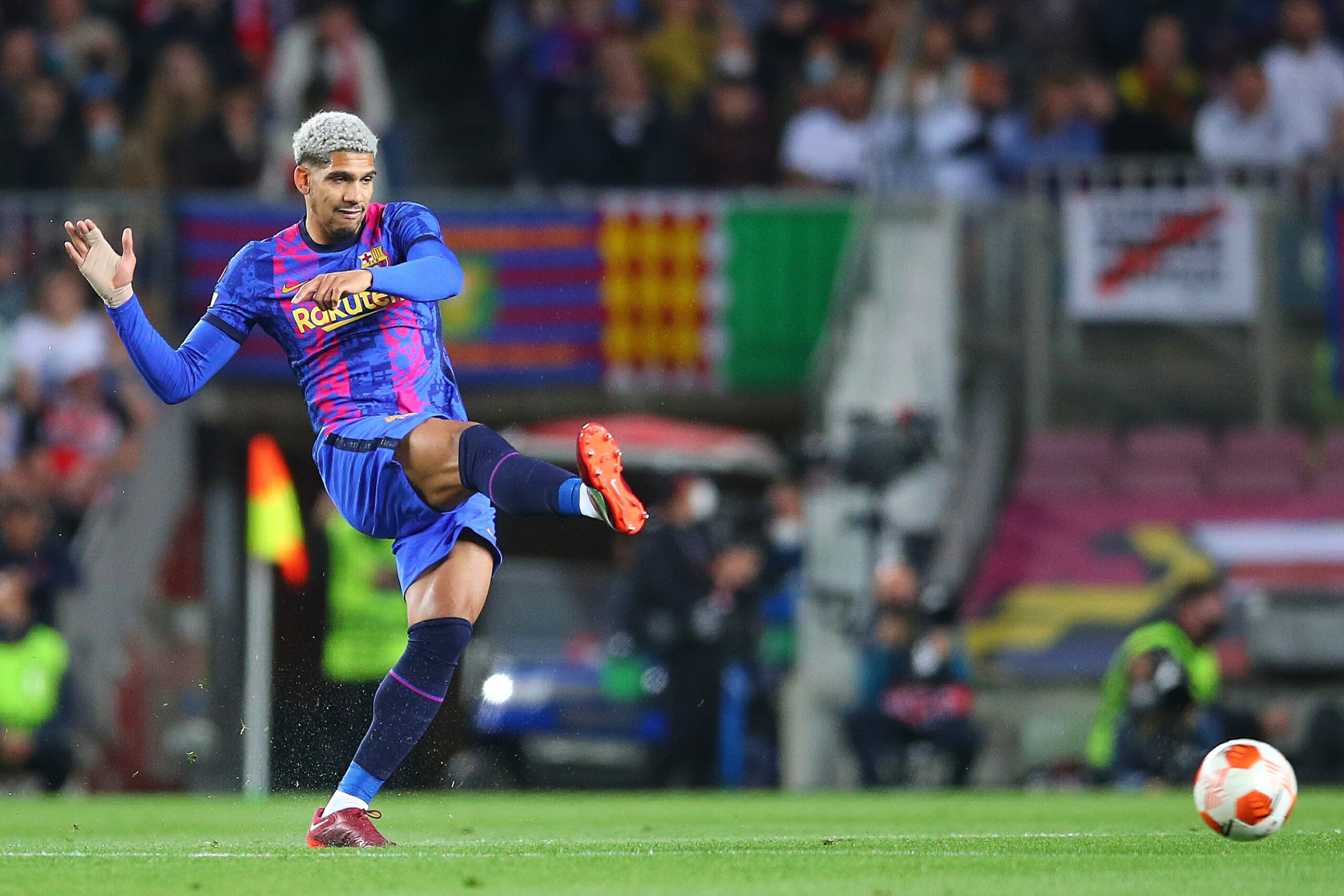 Barcelona defender Ronald Araujo has signed a contract extension, confirmed by the club.

The Uruguayan centre-back has penned a new four-year deal, which will extend his stay at Camp Nou until 2026, with a release clause being set at €1 billion.

The club’s statement read: “FC Barcelona and the player Ronald Araujo have reached an agreement to renew his contract until 30 June 2026. The buy out clause stipulated is set at €1bn.

“The signing of the new contract will take place on Friday 29 April at 1.30pm CEST on the field at Camp Nou.”

Barca had been locked in talks with Araujo over a new deal for several weeks, with Premier League giants like Manchester United and Chelsea also showing interest in signing him.

However, they have all been dealt with a blow, with the 23-year-old committing his future to the Catalan giants.

Araujo has grown into a top-class defender under Xavi this season, becoming the most reliable option in the backline alongside Gerard Pique.

The nine-capped Uruguayan star has made 39 appearances in all competitions this term, managing 13 clean sheets.

Perhaps, Araujo has always remained optimistic over the extension as he previously stated the talks were going in the right direction and an agreement could be struck sooner.

Araujo said after the 1-0 victory over Sevilla in La Liga last month: ”I am very happy to be here. I am happy with the support of the people. We are working on the renewal. This week we have a meeting. I hope that it is resolved soon so that I can continue many years in this club. I want to stay here. Optimistic.”

Barcelona will now turn their attention towards the renewal of young midfielder Gavi, who is cited as important as Araujo for the club’s future.