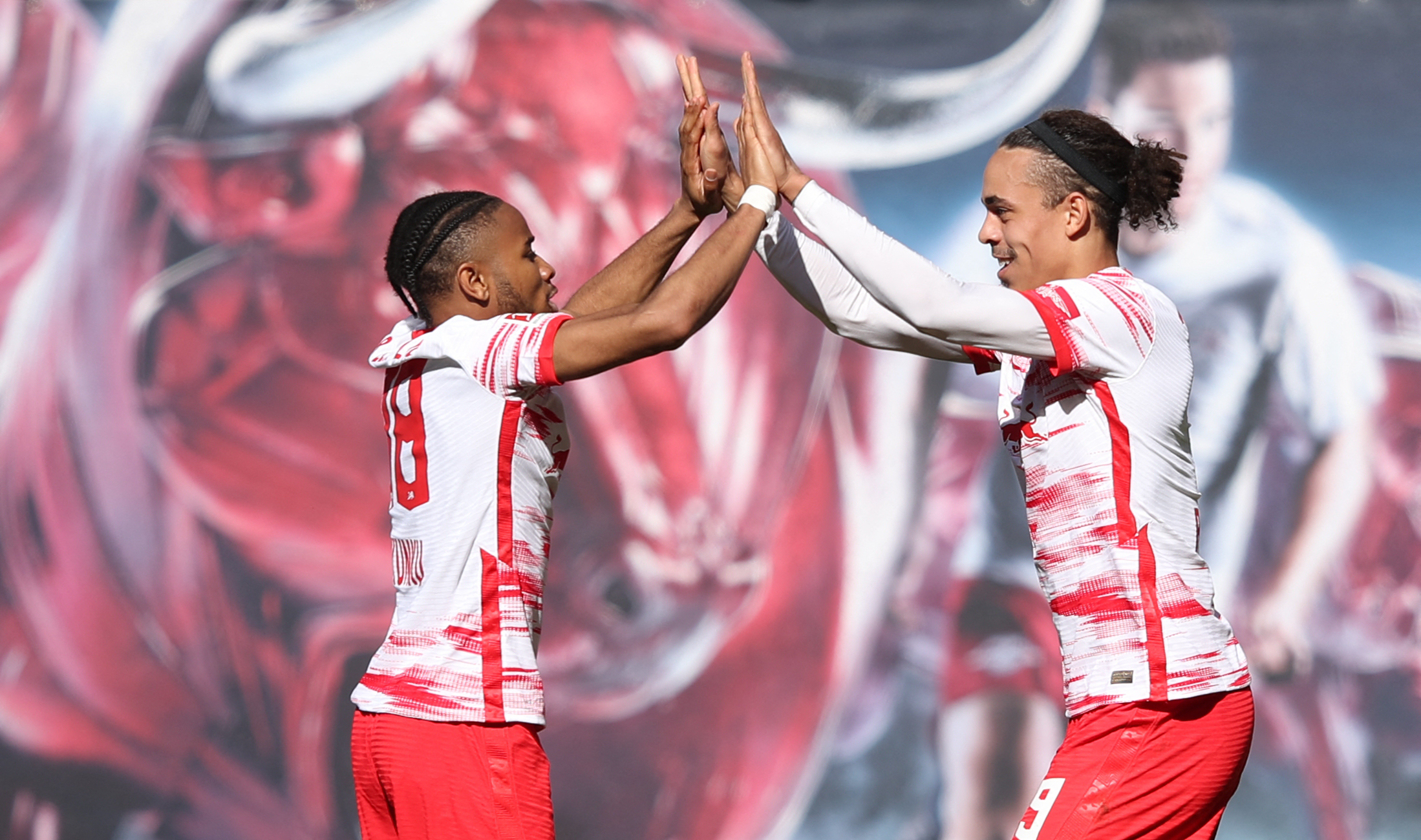 RB Leipzig’s bid to qualify for a first-ever European final brings them up against experienced continental campaigners Rangers in the Europa League semi-finals.

Die Roten Bullen ran out 3-1 aggregate winners against Serie A entertainers Atalanta in the quarter-finals to reach their second European semi-finals in three years.

But Domenico Tedesco’s high-flyers saw their wings clipped by Union Berlin over the weekend as a 2-1 home defeat to fellow Bundesliga rivals ended their impressive 17-game unbeaten streak in all competitions.

With hopes of another top-four Bundesliga finish up in the air, Leipzig will be looking to secure Champions League football for next season by conquering the Europa League.

However, Rangers, who crashed Borussia Dortmund out of the competition in the inaugural knock-out round, have already shown they could spoil the party for Europe’s big guns.

Giovanni van Bronckhorst’s men eased past Serbian outfit Red Star Belgrade in the round of 16 before pulling off a second-leg comeback to kick Braga out in the quarter-finals.

After a narrow 1-0 first-leg loss in Portugal, the Gers claimed a 3-1 extra-time win at Ibrox as James Tavernier scored a brace to climb up the Europa League top scorers list.

Leipzig vs Rangers, coupled with the other semi-final tie between West Ham United and Eintracht Frankfurt, are available to watch live online via Europa League live streams.

Excluding a walkover of Spartak Moscow, Leipzig have managed one victory in their last five European home games (D3, L2), courtesy of a 2-1 beating of Manchester City in this season’s Champions League group stage.

But the Germans have suffered just one defeat in five home matches in the Europa League knock-out stages (W2, D2), including a brace of scoring draws this season.

They dispatched Celtic 2-0 in their only previous European home meeting with Scottish visitors back in the 2018/19 Europa League group stage.

Rangers are on the verge of surrendering the Scottish Premiership crown to arch-rivals Celtic as they currently trail the table-topping Hoops by six points.

Thursday’s trip to the Red Bull Arena will mark Rangers’ 50th European encounter against German opposition, with their record across their 49 previous such match-ups showing a perfect balance (W17, D15, L17).

As per UEFA’s website, Kevin Kampl, Willi Orban and Mohamed Simakan will serve suspensions. Amadou Haidara is the only doubt in the Leipzig camp.

Rangers will be without Filip Helander, Ianis Hagi and Alfredo Morelos to injury.

Despite the abovementioned collapse against Union Berlin, Leipzig are still enjoying the best spell of form this season and we back them to return to winning ways.

Rangers deserve the benefit of the doubt after a stellar European campaign, but their best chance of overcoming the Germans should be the second leg at Ibrox.