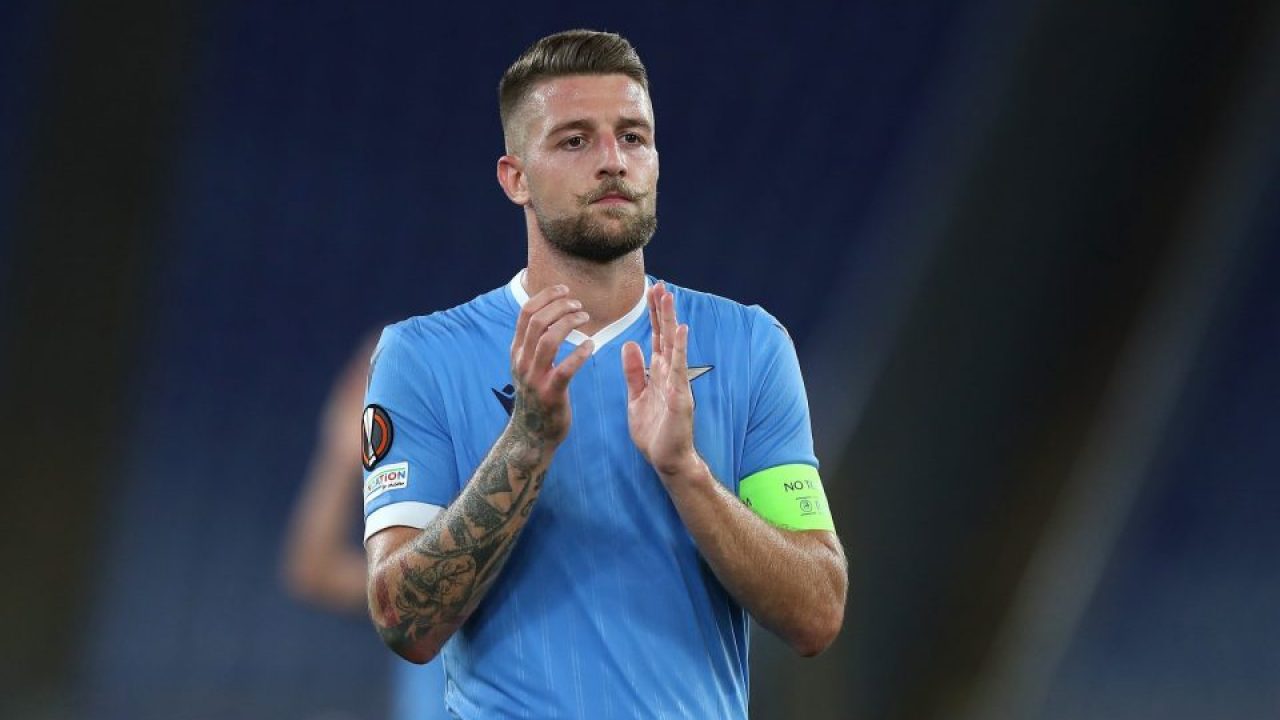 With Lazio currently sitting outside a Europa League qualification spot (Serie A table), Serbian international Sergej Milinkovic-Savic is leaning towards the exit door ahead of this year’s campaign.

As a result, several European giants have set their sights on the Biancocelesti midfield ace.

Milinkovic-Savic has played a pivotal role under Maurizio Sarri at the helm of the capital club. The 27-year-old box-to-box midfielder has been in sizzling-hot form, scoring nine goals and providing eleven assists in 33 games played within the Serie A this season.

His contract with the Biancocelesti is set to expire in 2023. With Lazio’s chances of securing Europa League football currently dampened after their 2-1 defeat to AC Milan at the Stadio Olimpico, the Serbian international is considering parting ways and ending his seven-year stay with the capital club.

Lazio would be left with no other option but to offload one of their most vital assets at the end of this season to avoid losing the world-class midfielder on a free transfer next summer.

According to reports from Tuttomercato, Manchester United and Paris Saint-Germain are set to submit lucrative offers of €65 million to lure the playmaker away from the Stadio Olimpico.

With Paul Pogba set to depart the Red Devils and the future of the PSG midfield outcast Georginio Wijnaldum covered by a cloud of uncertainty, both clubs are eager to secure Milinkovic-Savic’s services.

The two clubs believe he can play a fundamental role in the central area of the pitch through the use of his peripheral creativity and vision, his immaculate dribbling skills within tight spaces, and his prolific goalscoring ability.