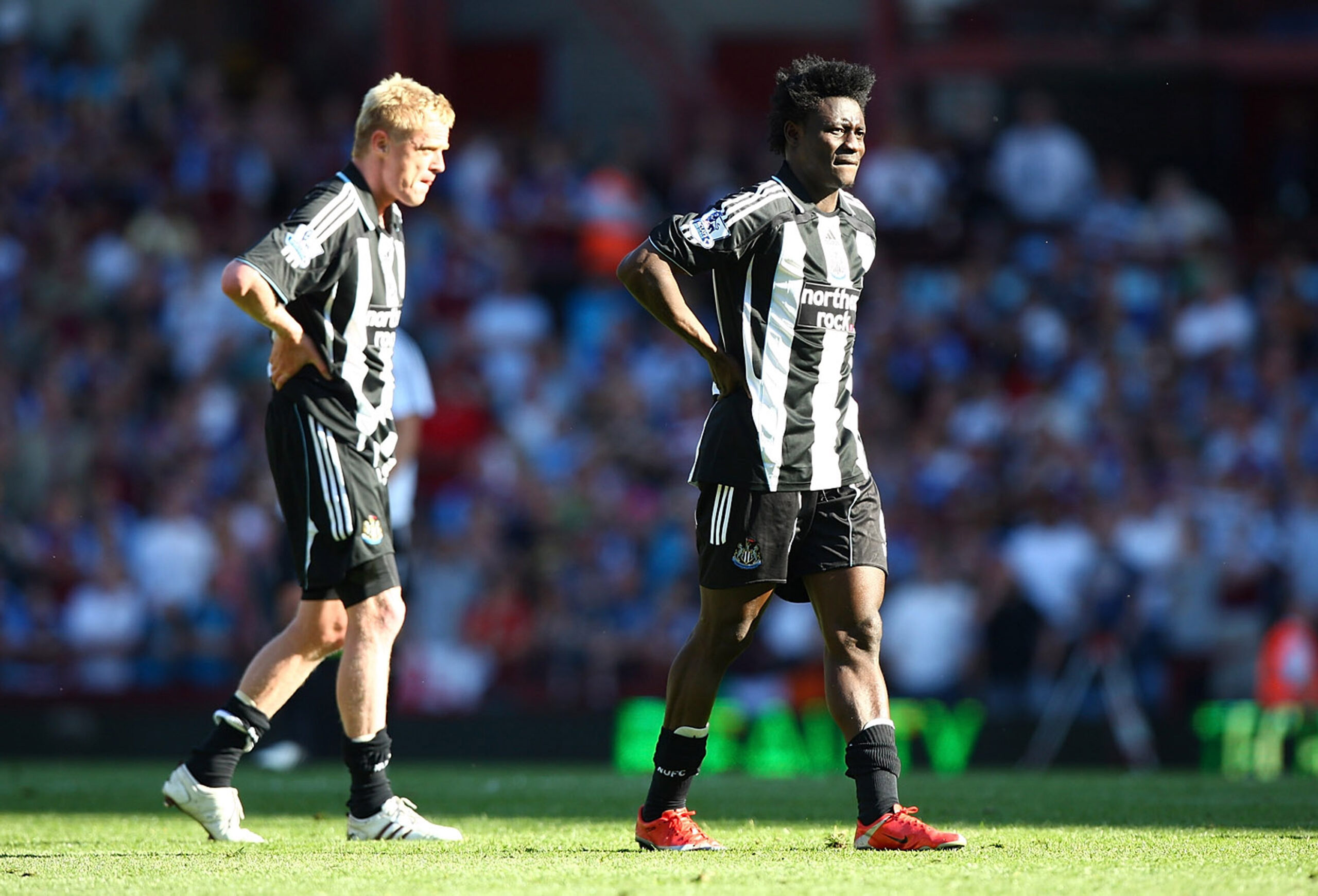 Everton are currently inside the Premier League’s bottom three, and have just six games remaining to save themselves. It seems crazy to say this, but there is a real possibility that the Toffees could go down this year.

Since the foundation of the Football League in 1888, the Merseyside club have been in the top-flight in all but four seasons. Their last second tier match came in 1954 – for context, this was before the invention of the European Cup.

Their recent performance have sparked a debate online: should they fail to save themselves, would they be the biggest club to ever be relegated from the Premier League? Let’s take a look.

Nottingham Forest are just one of 24 sides to have won a league title, having lifted the trophy in 1978. However, it was the two following campaigns that made them into one of England’s biggest clubs.

Under legendary manager Brian Clough, they celebrated the 1978/79 European Cup, defeating Malmo in the final. A year later, Clough’s men got their hands on the trophy again, this time beating Hamburg.

Only seven other teams in history have won back-to-back European titles, and only two since 1980. Meanwhile, Liverpool and Manchester United are the only English sides who have won more European Cups than Forest, with Chelsea also sitting level on two.

In the Premier League era, they have suffered three relegations. The first came in the inaugural year, finishing bottom of the table. They made an immediate return, and even finished third in their first season back, but were relegated in 1997 when they finished bottom again.

After winning the title in the second tier, Forest would have hoped for a better showing this time around. However, they were unable to do so, and once again finished bottom.

They have not been back in the Premier League since. However, they could be on their way back this season, having already sealed their place in the play-offs.

In 1995, Blackburn Rovers became the second club to win a Premier League title. Four years later, they became the first title winners to get relegated.

Blackburn suffered their first of two relegations in 1999, finishing in 19th place. But they were only out of the top tier for two seasons, as they achieved promotion in 2001.

After 11 eventful years which saw a League Cup victory and a pitch invasion by a chicken (no, I did not make that up), the Lancashire outfit dropped out of the Premier League in 2012, again finishing 19th.

As the champions of the First Division in its final year before the rebrand, Leeds United went into the Premier League era as one of the strongest sides in the country. They were not able to replicate this success in the 30 years that followed.

Despite playing European football in the five seasons prior, the Yorkshire club were unable to avoid the drop in the 2003/04 campaign. They ended the term in 19th, six points adrift from safety.

What came as a bigger shock was how long it took them to come back up. They appeared to be leading candidates for promotion every year, but it wasn’t until 2020 that they finally returned to the top flight.

According to a ranking by The Athletic in 2020, Newcastle United are the seventh biggest club in English football. And yet, they have not been able to keep themselves in the Premier League every year.

In 2009, they were relegated after a final day defeat to Aston Villa. Whilst in the second tier, the northerners set attendance records, becoming the first Championship club to attract a crowd of 50,000 for a home match as they came back up at the first attempt.

However, Newcastle would return to the Championship six years later. But again, it was only for one year, as they gained promotion in 2017.

In the traditional sense, Wigan Athletic are far from a ‘big club’ – they don’t have a massive fanbase or a rich history. So why are they on this list?

Well, there’s one thing that sets them apart from every other relegated side. In the same season, they pulled off a major shock and won the FA Cup.

If any game proves the unpredictability of football, it’s this one. Up against second-placed Manchester City, the Latics were massive underdogs going into the match.

However, they put in a fine display, and nicked a winner in injury time when Ben Watson headed in from Shaun Maloney’s corner. This remains the only major trophy in their history.

Three days later, they travelled to the Emirates Stadium. A 4-1 defeat sent them down to the Championship.

Only five English teams have ever won the European Cup/Champions League: Liverpool, Manchester United, Chelsea, Nottingham Forest, and Aston Villa. They got their hands on the biggest prize in 1982, beating Bayern Munich in the final.

Meanwhile, only four teams have won more league titles than the Villans, and only four can beat their tally of seven FA Cups.

Nonetheless, they spent three seasons in the Championship from 2016 through to 2019. They finished 22 points adrift in the 2015/16 campaign, and didn’t come back up until their play-off final victory over Derby County in 2019.